We still have many months to go before The Mandalorian season two hits. But if you want to scratch that Mando itch with some cool artwork of the galaxy’s greatest father figure, then the folks at Bottleneck Gallery have got you covered.

Bottleneck is teaming up with Acme Archives to release a new series of gorgeous prints inspired by baby Yoda’s stoic guardian. In addition to the Mando art, there are other stunning new prints celebrating the galaxy far, far away. May the 4th is not that far off, so why not treat yourself and hang some new striking art on your wall for this year’s Star Wars day? 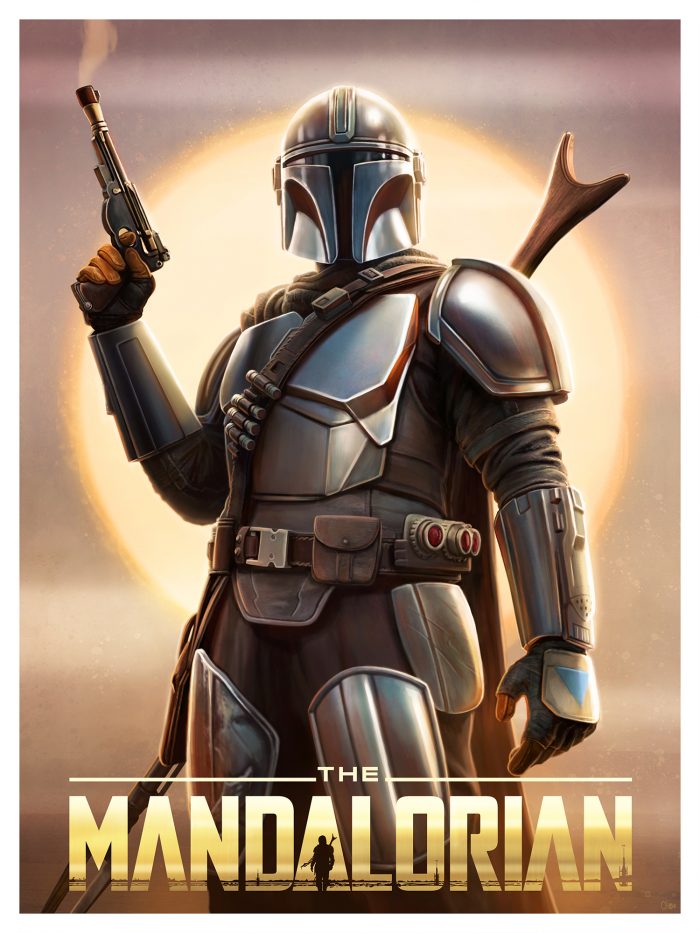 The Mandalorian prints come from artist Pablo Olivera, and offer three different variations of the galaxy’s most notorious bounty hunter/single dad. There are three different variations, all which feature Din Djarin in a very western style pose against a blazing alien sun. This giclee measures 18 x 24 inches, and comes in a numbered edition of 275. It’ll set you back $50. The second version is a numbered edition of 175, and comes in at $60, while the third foil version is even more limited at 125 numbered editions. The foil print is $75. 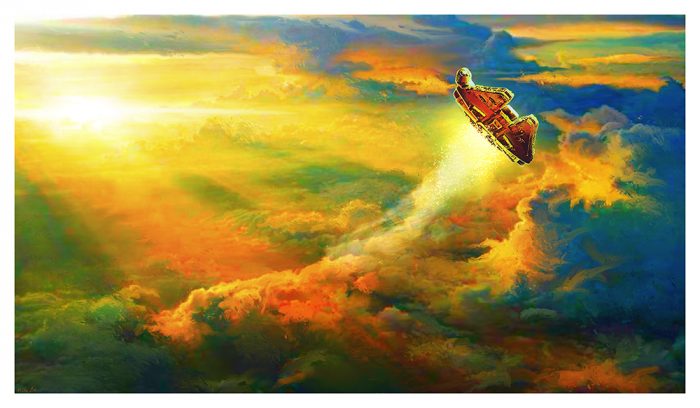 Artist Mark Chilcott has a trio of prints which showcase the beautiful alien skyscapes, which all display different ships from the original Star Wars trilogy. Among them are the Millennium Falcon, an X-Wing fighter, and a snow speeder in what looks like Echo Base on Hoth. Falcon Rising measures 24 x 12 inches and is a numbered edition of 150. It’s priced at $45. 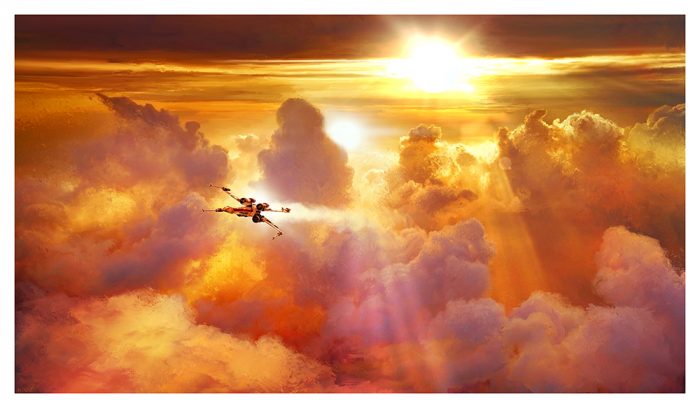 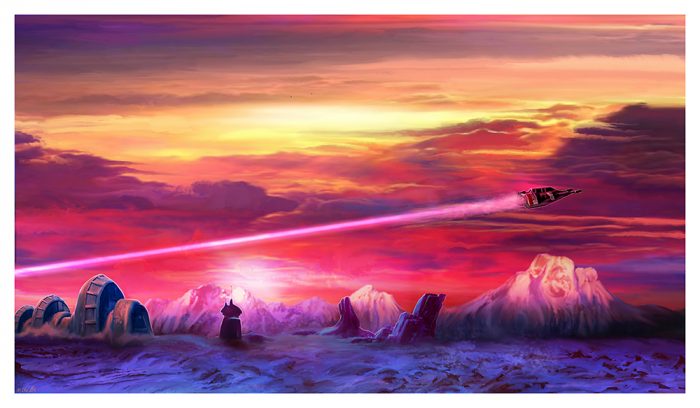 Hoth Mission is 24 x 12 as well, numbered at 150, and priced at $45. And it will give you all those Empire Strikes Back vibes you crave on the film’s 40th anniversary. 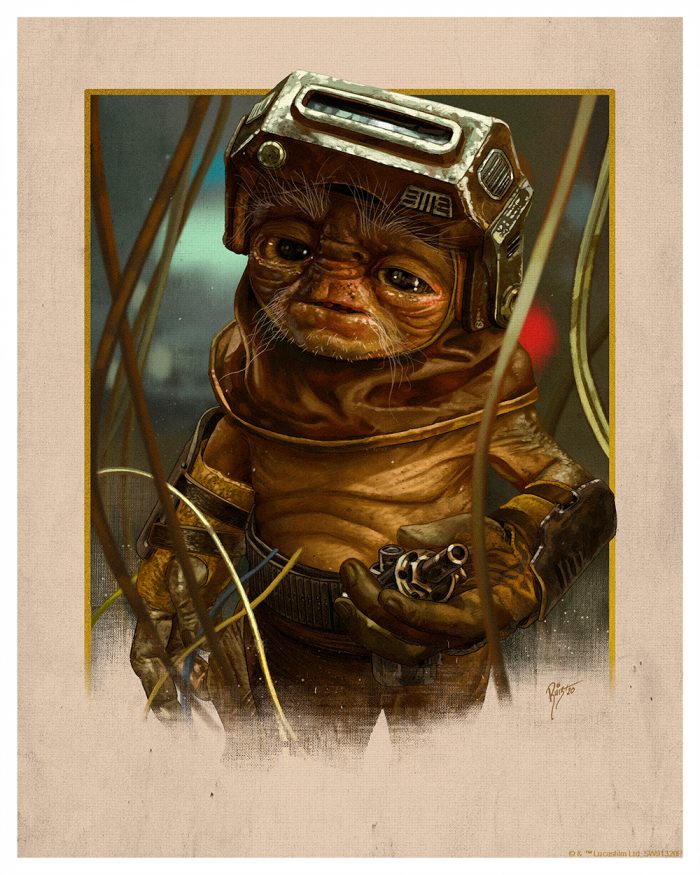 And worry not, sequel trilogy fans. The most recent films get some love too. Artist Juan Burgos Ruiz gives a fitting tribute to everyone’s favorite new character from  The Rise of Skywalker, the adorable and cranky droid repairman Babu Frik. Little Droidsmith is an 8 x 10 inches tall edition of 350, and is priced at $40.

All of the prints above will be on sale over at Bottleneck Gallery beginning on Wednesday, April 15 at 12:00 P.M. EST.