Splinter had a pretty tough job. It couldn’t have been easy raising four young mutant turtles while also training them to become martial arts experts. But that task doesn’t seem so imposing compared to what Stockton University in New Jersey is dealing with right now. The school is currently looking after 826 new baby turtles rescued from storm drains. And with so many little ones to care for, their pizza budget must be totally out of control. 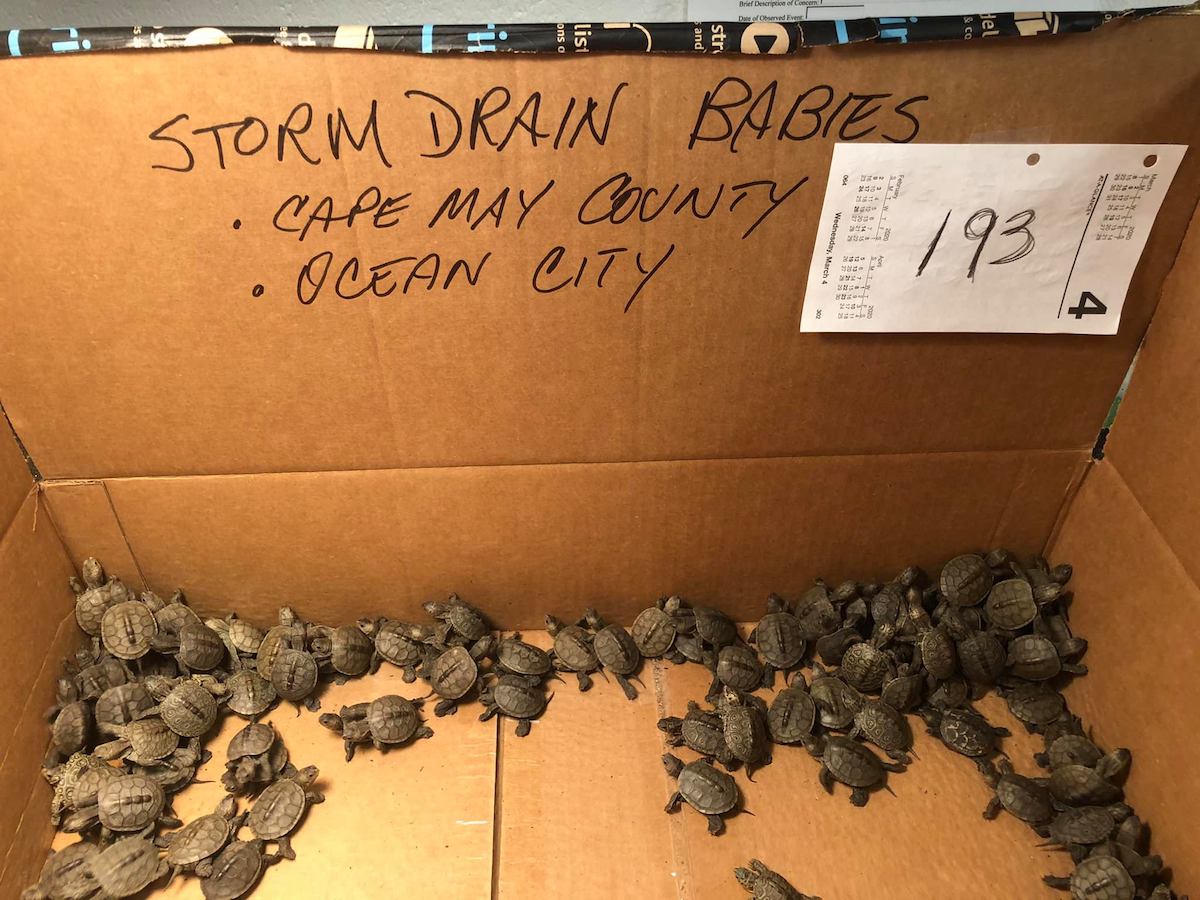 Stockton University in Galloway Township, New Jersey is overflowing with baby diamondback terrapin turtles. (Which we first heard about at CNN.) The public university says the hatchlings “hid from the winter temperatures underground in their nests.” They began to emerge this spring after surviving “for months off of their yolk sacs.” That was the easy part of their journey though. Once they came up they had to make a dangerous trek across busy roads. Troublesome curbs require rescues of the turtles, but storm drains foiled the paths of many more. The “quarter-sized” animals easily fall into them.

Volunteers using a custom-made net pulled them from the drains in nearby Ocean City. From there they went to the head start program at the Stockton Vivarium, where they receive professional care. That includes treatment for the eye infections many get from the unclean waters in the drains. Even the healthy ones need help though. The waters will eventually bring all the hatchlings into the bay, where large predators await the baby turtles.

The 826 newcomers bring the total number of terrapins at the school up to 1,108. And the university says more will arrive in the coming weeks from a conservation partnership with The Wetlands Institute in Stone Harbor. That program “extracts and incubates eggs from road-killed females,” which help maintain the population.

Stockton’s program does more than just rescue the turtles though. When they go back into the wild after a year, they average two to three times the size of other terrapins at the same age. That’s quite a difference.

We were joking about feeding them pizza, but now we’re not so sure. Maybe a large pepperoni really the best way to raise turtles to be powerful.