Dune is on the horizon and we are getting so excited! The first full trailer is set to drop on September 9, ahead of the film’s release this December 18. (Provided that doesn’t change due to COVID-19.) But until we have that first footage, we’ll make due with all of the goodies Empire Magazine is providing this week. That includes our first official look at Zendaya and Timothée Chalamet together as Chani and Paul Atreides. 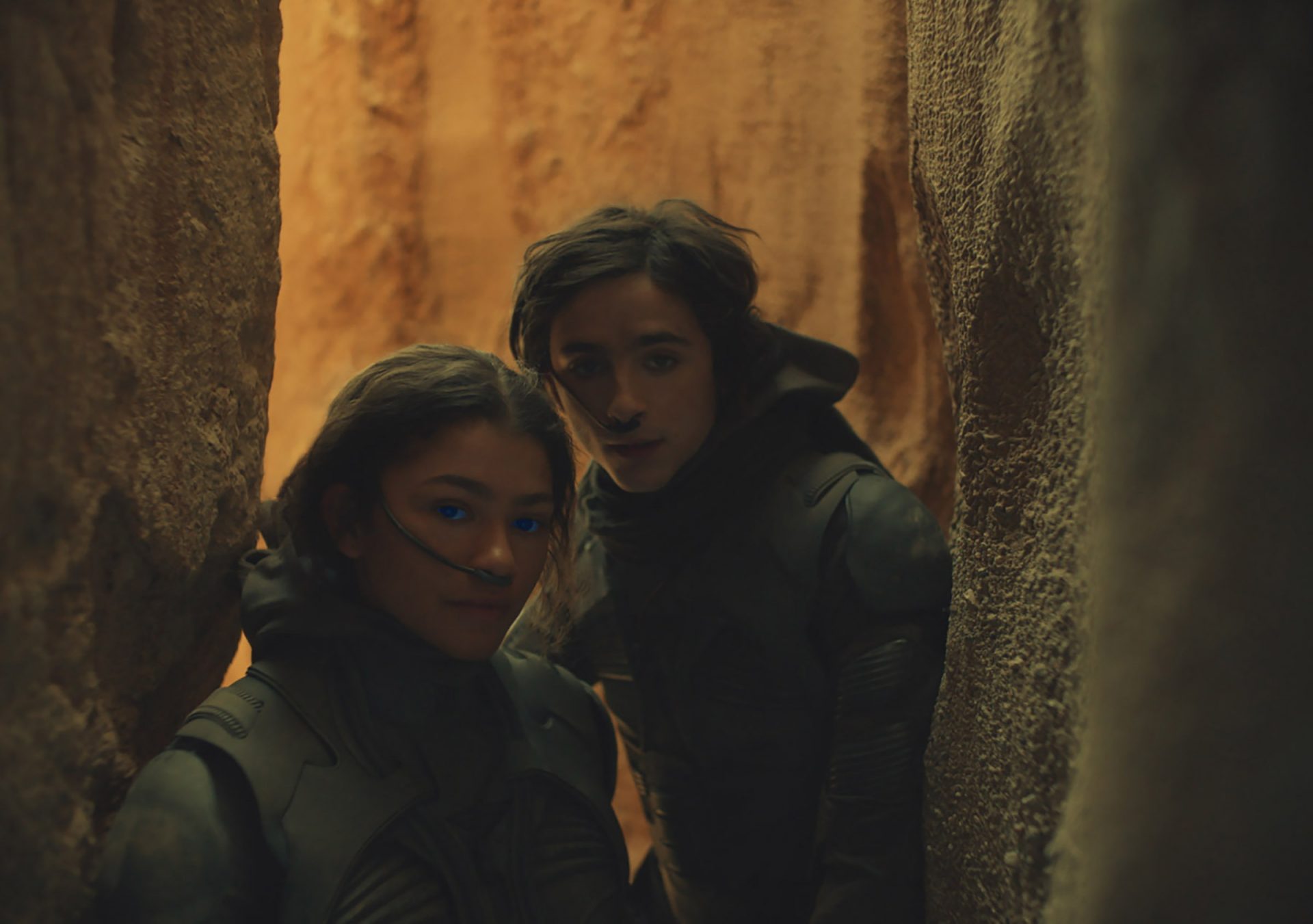 The images come via Empire’s new cover story. We showed you the first look at the movie’s sandworms last week–along with the magazine covers–but there’s plenty more inside to get excited about. Including a bevy of new images. Along with the look at Chani and Paul on Arrakis, we also have our first look at Duke Leto (Oscar Isaac) and his “concubine” (or “non-married partner in love” in Dune talk) Lady Jessica (Rebecca Ferguson). 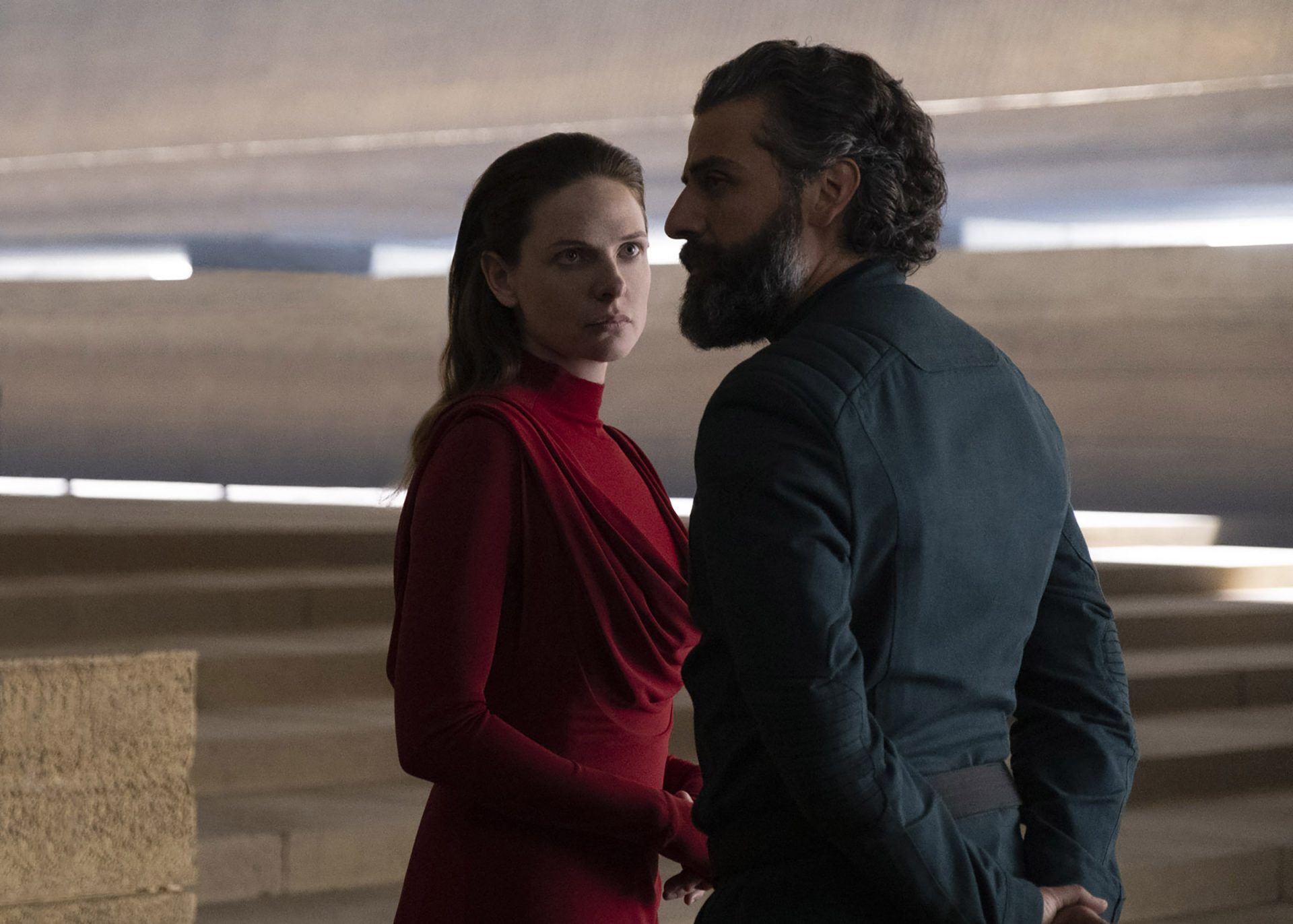 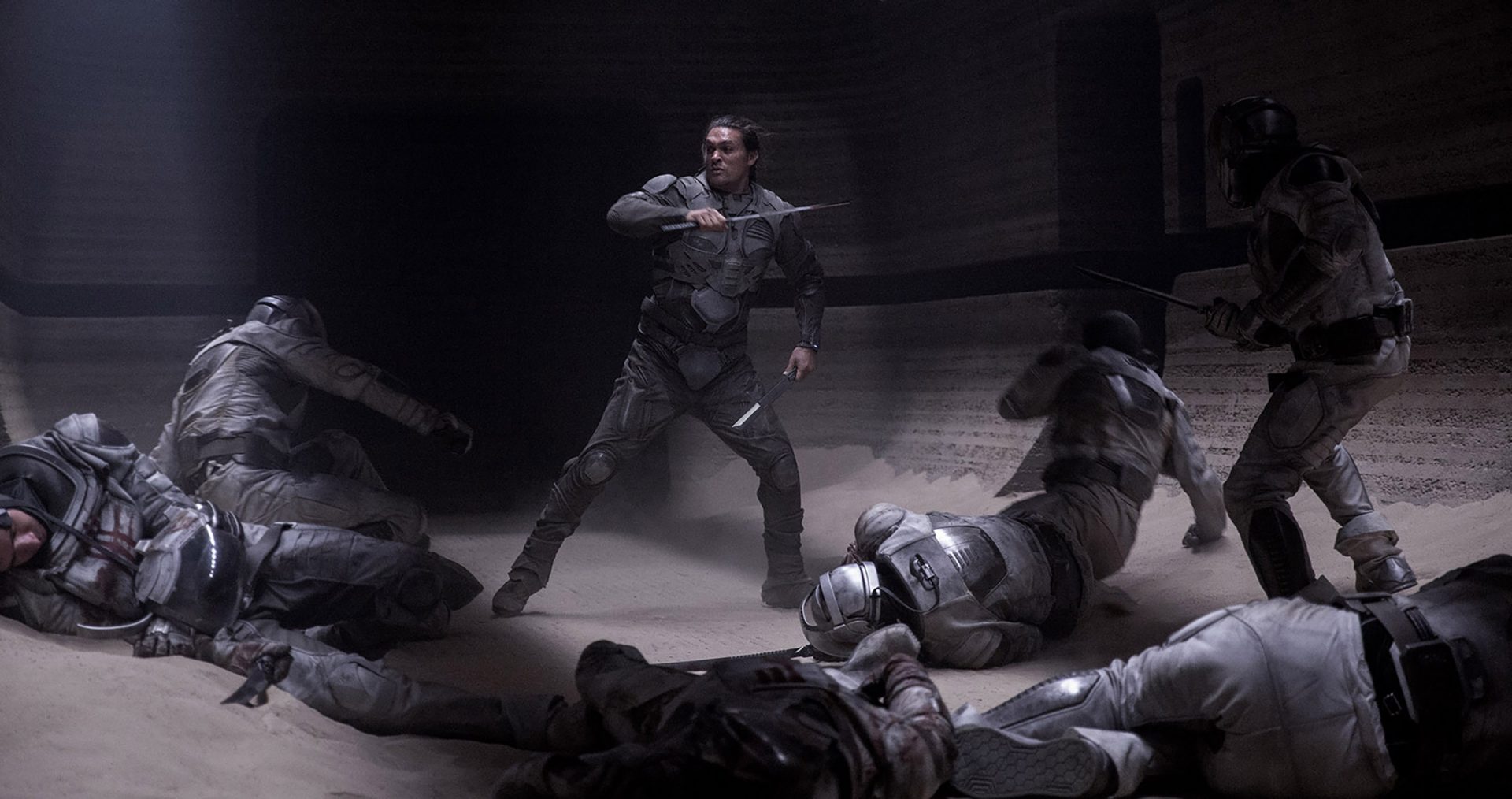 And another of Stiglar (Javier Bardem) with the Fremen on Arrakis. 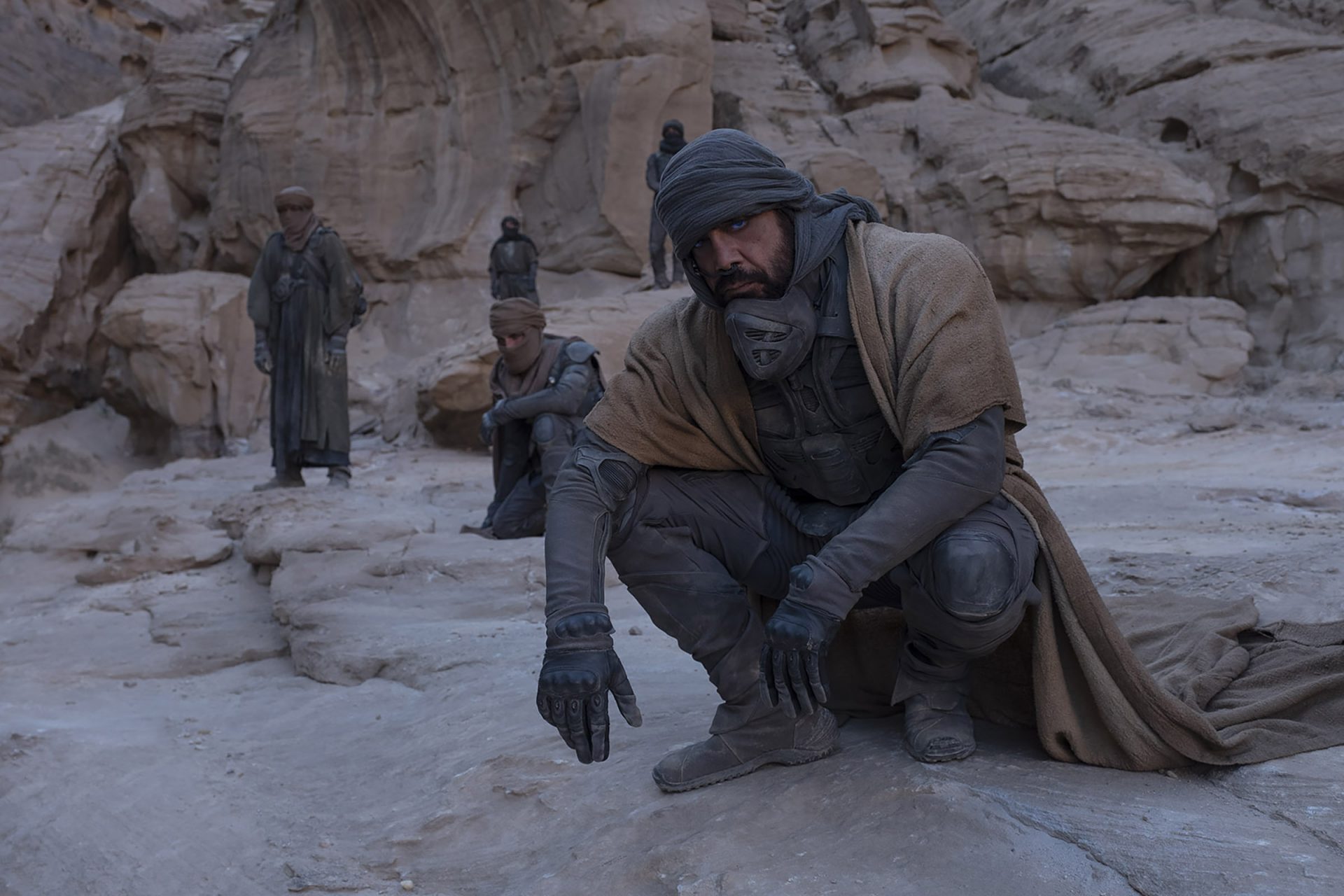 And yet another of Duke Leto and Gurney Halleck (Josh Brolin). 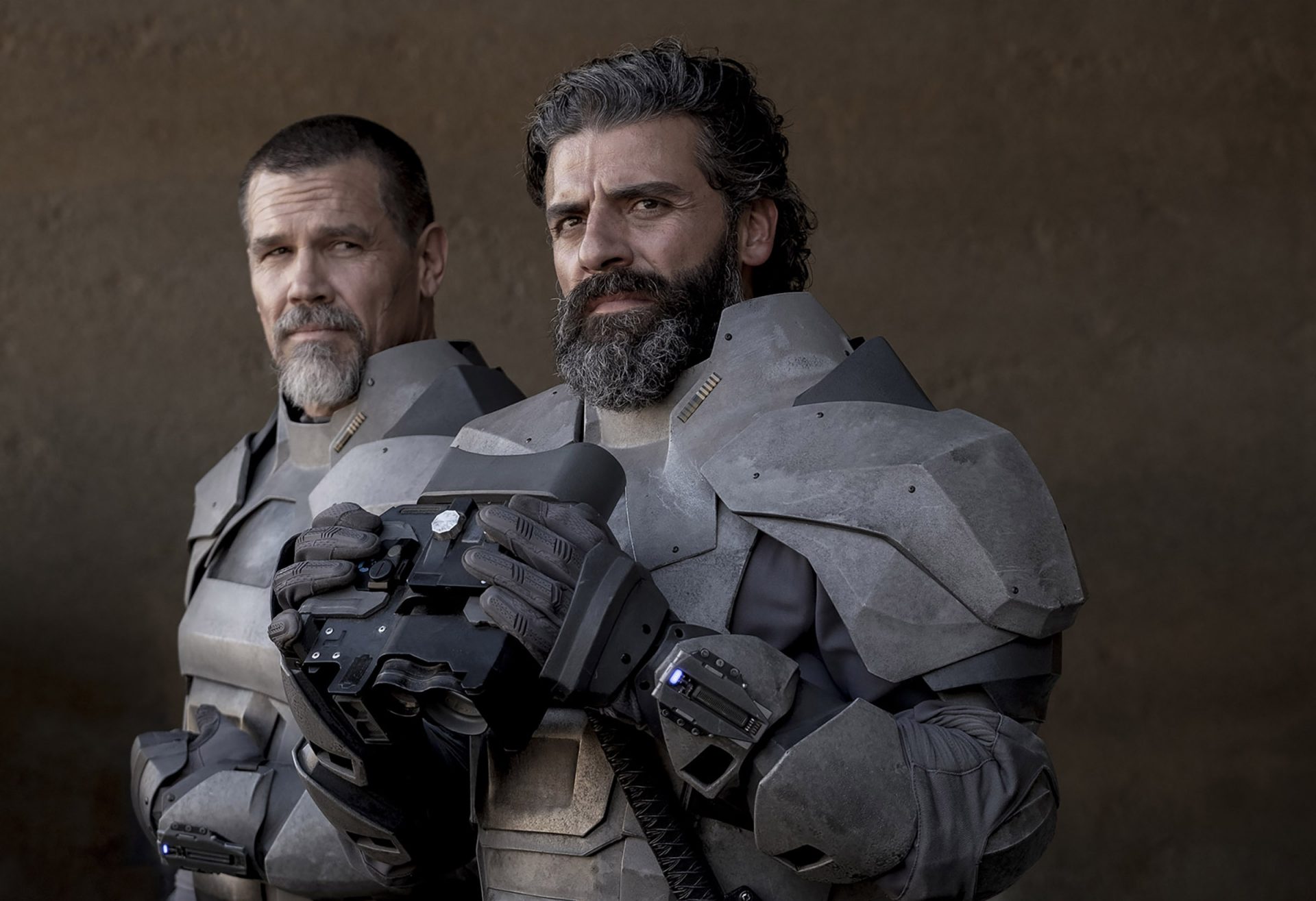 The magazine also has some quotes from Chalamet about working on the film and filming the sandworm Arrakis scenes in Wadi Rum.

“That part of the Wadi Rum is so awe-inspiring, you might as well be getting chased by that cliff in the background,” Chalamet told Empire. “It wasn’t a green-screen or anything. That’s one of the most thrilling parts of the book and the movie. We had the sketches. That was a lesson for me. On a Call Me By Your Name or Beautiful Boy it can be counterintuitive to see the storyboards because then maybe you limit yourself based on a camera angle or whatever. It’s the opposite [here] because, for a sequence with the sandworm chasing you, I could never imagine that.”

You can read more over on Empire Magazine‘s website. We’ll continue providing more first looks as they become available.