Whether you’re a player looking for inspiration or a Dungeon Master looking for a quick NPC, the characters we discuss here (and the ones suggested in the comments) will offer a variety of sources for your next great character. Our only rule is that we won’t be using any obvious fantasy inspirations since those are usually covered in the D&D books already. This week, we’re taking a look at everyone’s favorite wild cards: the sorcerers!

Sorcerers are channeling the power of forces normally beyond mortal control. The power of the storm is one such force, and the Storm Sorcerer from  Xanathar’s Guide to Everything draws a lot of inspiration from this leader of the X-Men. Her regal bloodline and her time as a criminal offer some interesting options for backgrounds.

Her role as a leader means choosing a race with a Charisma bonus, but what interests us about her character background is her flaw. Ororo is claustrophobic, which makes sense given her love of flying in the clouds. A character with this as a character flaw, driven to do bad things in a closed off dungeon by their fear, might cause all sorts of trouble to gain some sweet, sweet Inspiration.

The versatility of the sorcerer class is one of the big selling points to players. Sorcerers in 5e have sorcery points that they can use to cast additional spells and use for special abilities based on their heritage. This makes sorcerers a great way to play “jack of all trades, master of none” type characters like Constantine. Multi-class versions of this character might want to take a level or two in Warlock to reflect an otherworldly patron (or two) that Constantine has upset by walking off with some power or a cursed artifact. The Wild Mage’s random spell effects list also do a good job of mimicking Constantine’s status as a weirdness magnet. A GM wanting to up the frequency of strange events happening might consider offering Inspiration to the player in exchange for rolling on the Wild Magic table instead of when the rules insist. 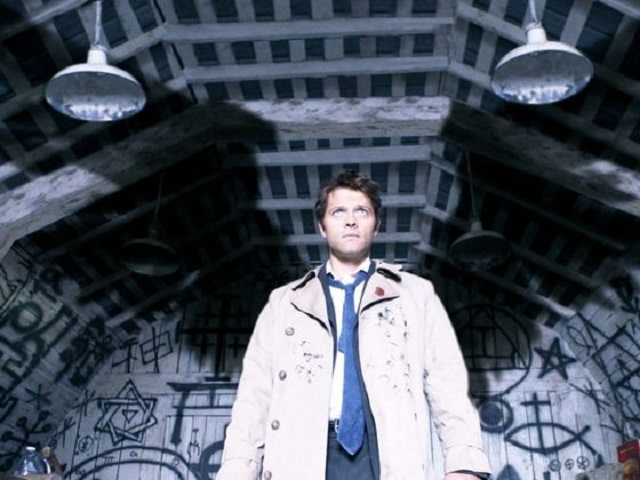 Clerics are the most common agents of a god’s influence in a fantasy world, but they aren’t the only one. Castiel is sent to Earth by God to work around the angels, demons and other divine beings in the Supernatural narrative.  A Divine Soul of this type opens up some interesting character ideas. Could this be a celestial being stuck in a mortal body? Does their background reflect what their mortal shell was and how people react and could it cause conflict? Is this god using a sorcerer instead of a cleric because it needs something taken care of quickly and quietly? Will the character be able to swear effectively or just call every bad guy an “assbutt”?

Tell us in the comments: who would you choose to model a fighter after? And if you’re looking for roleplaying tips, do check out Starter Kit on  Alpha – you can get a free trial for 60 days at  projectalpha.com in anticipation for the newest season with code “Numenera”!