And here's an extended version of the trailer! pic.twitter.com/KbOuoTGRPe

Brightburn producer James Gunn, recently back on Twitter after being rehired for Guardians of the Galaxy Vol. 3, shared a new extended trailer for the upcoming horror film on Friday. This look at the film adds a handful of seconds but loads more tension. I am immediately concerned for everyone surrounding this wayward kid.

And we also have a poster for the film: 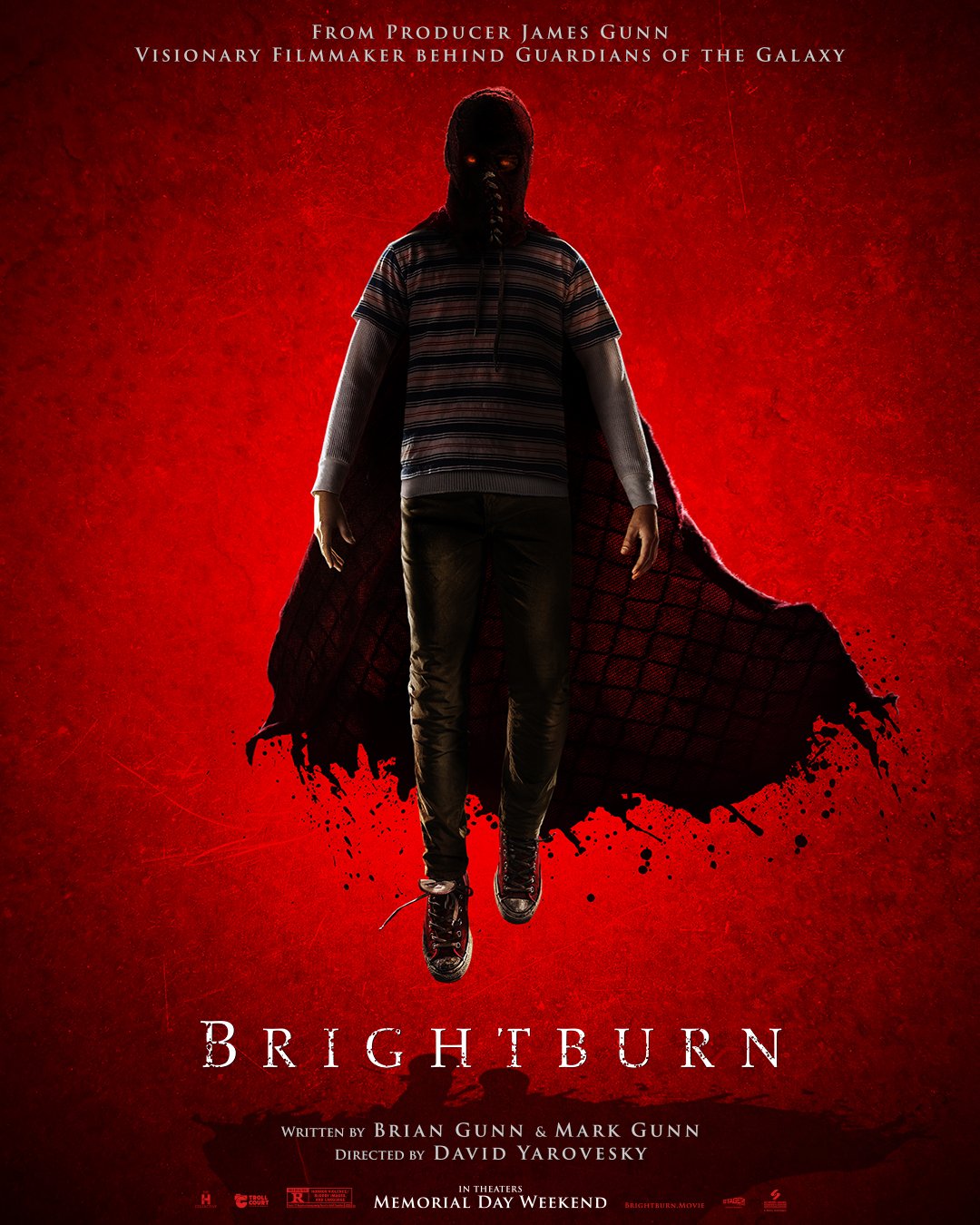 A childless couple living on a Kansas farm encounter a very unusual child one day when a ship from outer space crashes in their vicinity. They immediately adopt the infant inside. The child grows up to have amazing powers beyond those of mortal men. Everyone knows the Superman story, right?  Brightburn is putting a new spin on it.

Yes, it’s a familiar scenario, but this isn’t another tale exactly like that of the Last Son of Krypton. Brightburn, from director David Yarovesky and producer James Gunn, has a strange visitor from another planet…but he doesn’t seem to have humanity’s best interests at heart. At all–as evidenced by this very creepy new trailer:

This new Brightburn (which is the name of the Smallville-like town in rural Kansas where the story takes place) footage, shows what happen when you mix the classic Superman mythology with a straight-up horror film. Imagine Michael Myers from the opening scenes of the original Halloween, only with Kryptonian super powers, and you get the idea of how terrifying this movie has the potential to be. Just judging from the unsettling images of the kid in the above trailer, we have another potential horror icon on our hands.

We’re not getting a proper Superman movie from DC any time soon as far as we know, but hey, maybe an evil sociopath version of the Man of Steel is just what the doctor ordered.

Brightburn features a screenplay by Mark Gunn and Brian Gunn and stars Elizabeth Banks, who starred in producer James Gunn’s cult classic horror film Slither. Also starring are  David Denman, Jackson A. Dunn, Matt Jones, and Meredith Hagner. It’s scheduled to hit theaters on May 24, a perfect accompaniment for all those superhero do-gooders on the big screen in the coming months.