With public life at a standstill and many people sheltering at home amidst the ongoing COVID-19 pandemic, staying positive can sometimes feel like an insurmountable task. Its times like these that binge-watching a well-crafted TV show can make for the perfect distraction. Enter Mindy Kaling’s new coming-of-age dramedy on Netflix, Never Have I Ever, which feels like a warm cup of chai on a dreary day.

The protagonist of the show is 15-year-old Devi Vishwakumar (Maitreyi Ramakrishnan). Though we’ve rarely (if ever?) seen an Indian-American teen protagonist like Devi run her own show before, there’s still a familiar comfort in watching her adventures. In a world full of unpredictability, Never Have I Ever is reminiscent of comedies like She’s All That, 10 Things I Hate About You, Blockers, and Booksmart. Devi is a nerd who just wants to be cool. She wants invites to parties and for her friends—theater geek Eleanor (Ramona Young) and robotics captain Fabiola (Lee Rodriguez)—to get boyfriends who can “rock them all night long.”

Kaling winks and nods at popular tropes throughout. Devi has a major crush on swim jock Paxton (Darren Barnet), who reveals his abs to the audience via a dreamy fantasy sequence. It’s only later that Devi realizes Paxton may be more sensitive than he lets on, but their relationship halts and stutters and slow burns. Meanwhile, Devi verbally spars with longtime classmate Ben (Jaren Lewison), and it’s only near the end of the season that their intense rivalry gives way to something more.

Outside of school, Devi’s cousin Kamala (Richa Moorjani) is stuck between staying with her secret college boyfriend or settling down into an arranged marriage with an unknown man. (He could be perfectly normal, or as Devi points out, he could be “an uggo.”) These are overdone genre tropes, and yet it’s arguably their familiarity that makes them enjoyable and easy to invest in.

Never Have I Ever isn’t a shallow romcom watch about horny teen girls and impossible jock abs, though. All of these conventions act as window dressing for a surprisingly thoughtful tale about teen identity and grief. As we learn through Devi’s therapist (Niecy Nash!), Devi pursues Paxton as a way to distract her from the recent death of her father, an event so traumatizing that she temporarily lost the use of her legs. (This plotline is neatly forgotten within the first few minutes of the season, making it a strange addition that only slightly helps in illustrating the extent of Devi’s grief.) 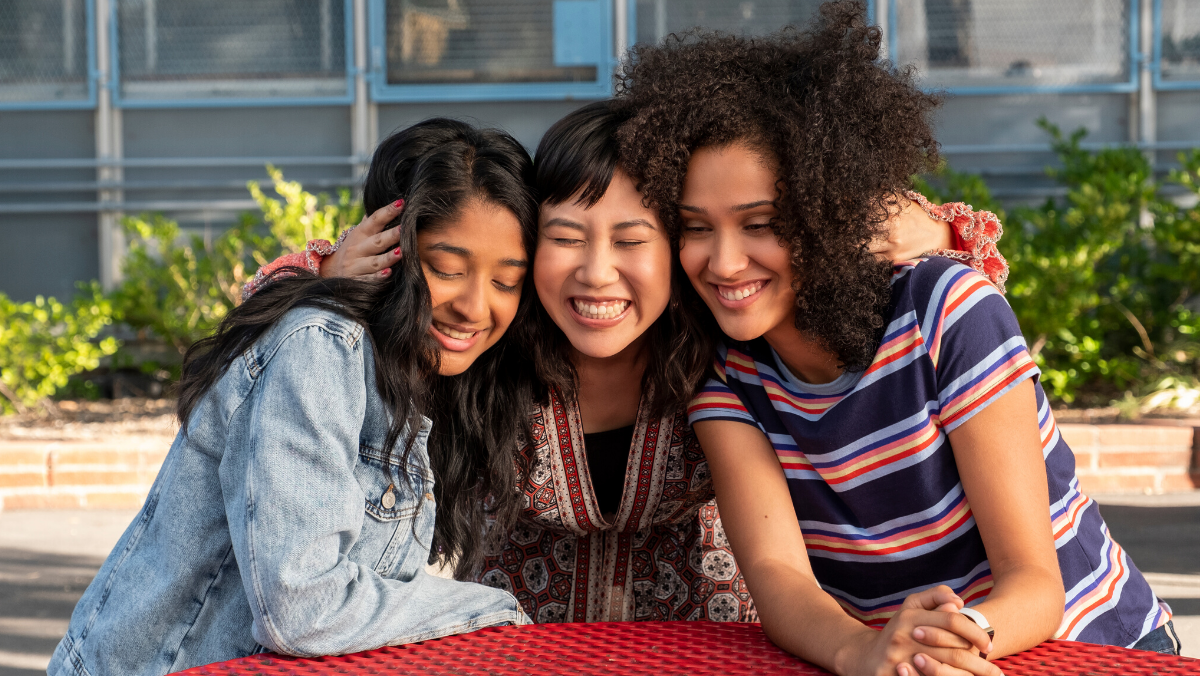 His death comes to define Devi’s journey, and Never Have I Ever is less about macking on Paxton than it is about her coming to terms with her dad’s death. Unsurprisingly, Devi’s avoidance tactics backfire, and the last few episodes have scenes so emotionally devastating that shedding a few tears is inevitable.

Within ten episodes, Devi’s friends and family are also rendered in surprisingly three-dimensional detail. Devi can be selfish and hot-headed, but she’s also understandably mourning, and even the quirky narration, delivered by the unlikeliest of figures—John McEnroe, comes to mean something deeper. Devi’s mom hides her grief by being overly cold and strict with Devi, and their relationship becomes increasingly hostile across the season. Kamala seems to be the perfectly stereotypical Indian girl to Devi, but her uncertainty towards her marriage and career complicates that reading. 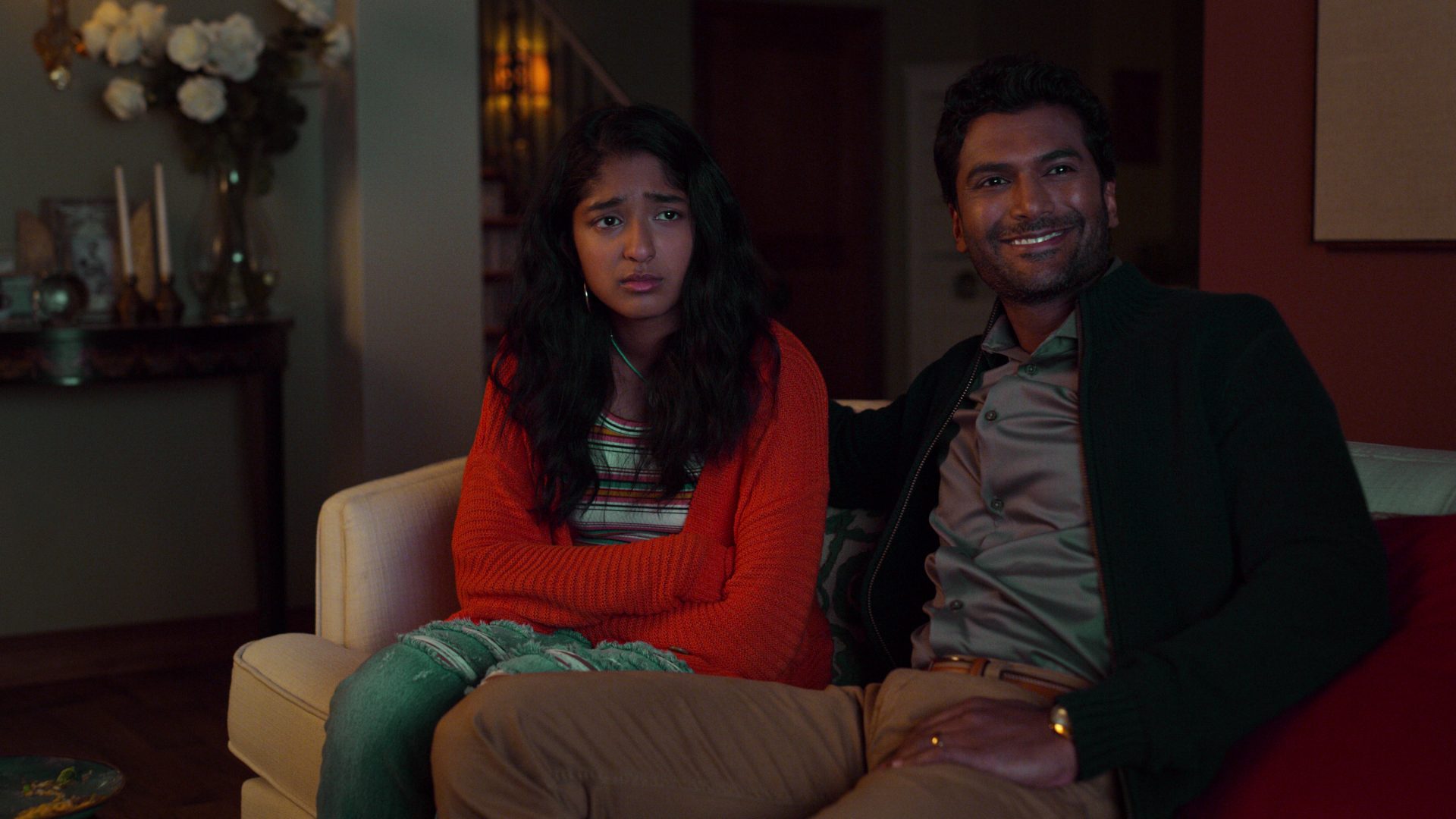 Devi’s friends Fabiola and Eleanor face their own problems too: a difficult family member of Eleanor’s reappears, while Fabiola struggles with how to reveal her sexuality to her parents. (Though Fabiola’s story is thankfully more soft than angsty.) Even Ben, who’s painted as Devi’s antagonist for half the season, gets his own episode, which sheds light on his less-than-ideal home life.

This is all to say that Never Have I Ever defies easy categorization as just a bubbly YA romcom or overly-serious drama. It’s not perfect, but neither is it superficial or derivative, and it’s arguably Kaling’s best work to date. The romantic tropes throughout make it a comfortable staying-in binge, while the emotional through-lines remind you of the importance of friends and family (or found family). Things might not be ideal and you may sometimes fight with those you love, but as Devi in Never Have I Ever tells us by the end of the season, it’s never too late to fix what’s broken. Seems like the perfect message to hear right now.

TAGGED: never have i ever