We all love our Netflix. Where would we be without our binge watching of shows on a lazy Sunday afternoon? But not everything about the service is all flowers and rainbows. Case in point: the pesky little autoplay feature on the homepage. And specifically, the autoplay when it comes to forcing us to watch all of those trailers. It is beyond annoying, and everyone who uses the service always complains about it every chance they get.

Well, we have some good news for you about the autoplay function. Turns out, Netflix has made it so that you can now finally turn it off. Yes, we can all now browse in peace. 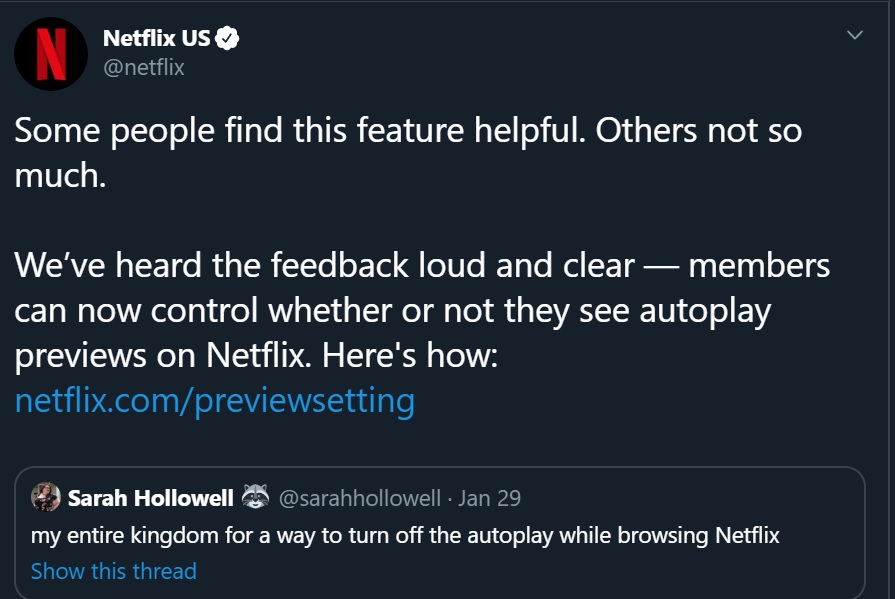 Netflix customers loudly complained forever on social media, YouTube and Reddit about just how annoying the autoplay preview feature was on the homepage. And the streaming giant finally listened to its consumer base and actually went and did something about it. Today, the company announced to its millions of subscribers that they can finally disable autoplay functionality. As they said famously in Monty Python and the Holy Grail, “and there was much rejoicing.”

Netflix user can now choose to disable autoplay in two different formats. One of which automatically starts the next episode in a series that you’re in the middle of watching. Another autoplays previews while you are browsing and looking for something to watch. The first one was actually allowed to be disabled five years ago,letting users to disable autoplay with episodes in a series. But this new setting specifically relates to the autoplay previews on the homepage.  Netflix is now directing their subscribers to an updated help page on their website to learn how to disable this function from hell. 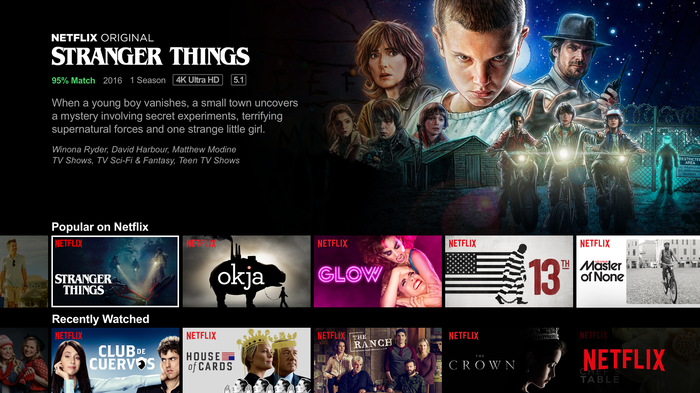 For now, this can only be done on the website by the way. It’s not something one can do in the Netflix app, at least not yet (sneaky). When you go to your account page, just scroll down to the bottom where it says Playback Settings.” You have two boxes to potentially tick off in regards to the Autoplay controls: “Autoplay next episode in a series on all devices,” and “Autoplay previews while browsing on all devices.” And that’s it, it’s that simple. But it will save us all from the anxiety of hovering around one choice on the menu, lest we be forced to endure a loud trailer.

So why change this all now? Well, the real answer is that Netflix is hardly the only game in town when it comes to streaming services anymore. There’s Amazon, Hulu, and now Disney+. That one has only been around for a little over a month, and has some 28 million subscribers already. And one of the things people have pointed out that they love about it is the easy interface, which is no where near as annoying. If Netflix wants to remain the King Daddy of streaming services for the foreseeable future, then it is wise for them to truly listen to what their customers really want.