Netflix 's THE FLOOR IS LAVA Renewed for Season 2 - Nerdist

Netflix ‘s THE FLOOR IS LAVA Renewed for Season 2

Every kid, both actual children and grownup ones, know something is always true about the ground, even when it seems totally normal and safe. No matter where you are, it’s always waiting for the right moment. And that moment comes the second anyone yells, “The floor is lava!” But your living room, or that volcano in Iceland, isn’t the only place you need to avoid falling. Netflix‘s series inspired by that classic game is returning for a second season.

Variety reports the streaming giant has renewed  The Floor is Lava for a second season. Rutledge Wood will once again be back as host of the game show. He’ll guide contestants as they take on challenging courses. Even if you didn’t see the series inaugural campaign, you can probably guess what it’s like. But just in case, Netflix’s official synopsis says, “Teams compete to navigate rooms flooded with lava by leaping from chairs, hanging from curtains and swinging from chandeliers. Yes, really.”

Well, not “really.” There’s not actually any liquid-hot magma. Players risk falling into a big tub of foamy red water. As a society we’re probably still at least 10, maybe 15 years away from the show using real lava. 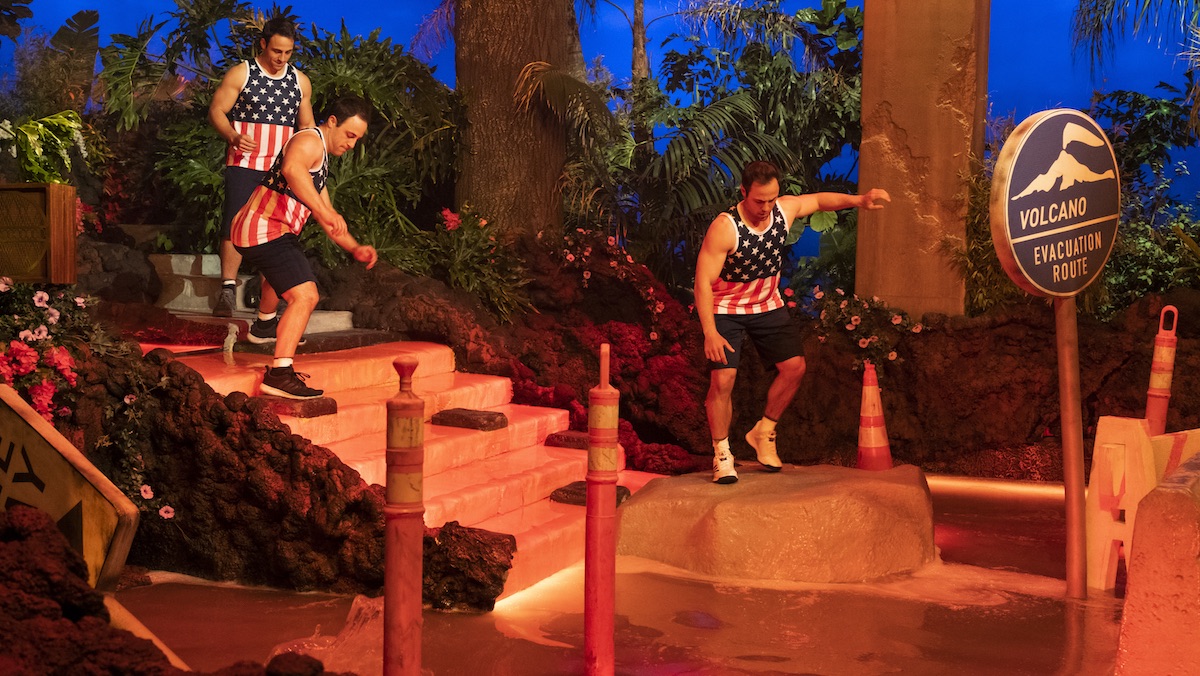 That “technicality” didn’t stop viewers from tuning in, though. Netflix says a whopping 37 million people watched season one of the show. That number was surely helped by world events. The Floor is Lava debuted June 2020, when almost everyone was at home doing and watching anything they could to stay sane.

In fairness though, the show’s simple premise is enough to make it a hit. (As are all of the absurd spills contestants take.) We all know how fun it is to try and avoid stepping on the ground when all we have is our couch or a magazine. We’d love try playing on a big obstacle course to win a prize. Because that’s the best way to show the floor we know the truth about it.