The FLOOR IS LAVA in Netflix's New Game Show - Nerdist

The FLOOR IS LAVA in Netflix’s New Game Show

Every kid knows “the floor is lava.” The ground is molten rock and if you step in it you “die” (a.k.a. lose). The game’s simplicity is why it’s so appealing. All you need is a room full of objects to climb over. Then mix in your own craftiness and imagination and you’re ready to go. And the best part? No actual magma or money necessary. But now Netflix is turning that childhood staple into a new game show for adults, with the Floor is Lava.

It’s a premise that seems silly, absurd, and totally overdue.

With a title like Floor is Lava there’s not much mystery about what contestants will have to do on Netflix’s new series. On it “teams compete to navigate rooms flooded with lava by leaping from chairs, hanging from curtains, and swinging from chandeliers. Yes, really.” And the first trailer for the show reveals that while players won’t burn when they fall, they will get wet. (What? Were you expecting The Hunger Games version of the floor is lava?)

Hosted by Top Gear‘s Rutledge Wood, the first look at the show is everything we’d want from an oversized version of the kid’s game. Players have to crawl, maneuver, and swing across the watery pit on ridiculous items built to handle adults. It’s like Legends of the Hidden Temple for grownups, minus those Temple guards we’re still afraid of. 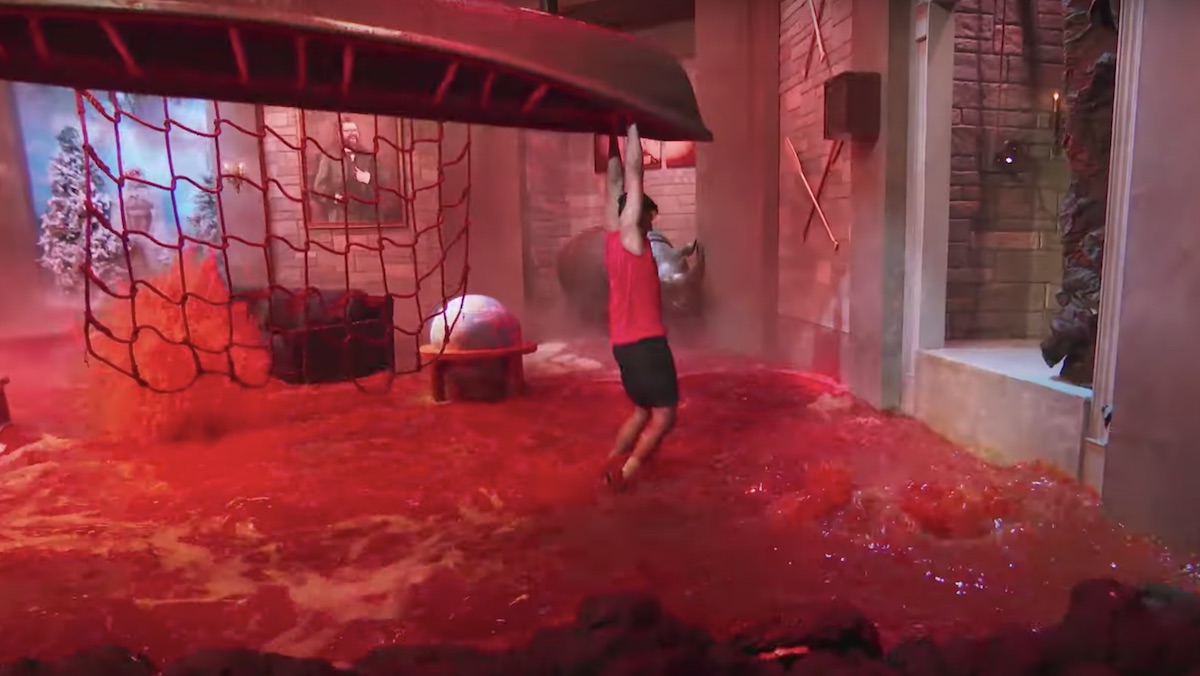 But getting to play an all-time classic kid’s game isn’t even the best part. We’re excited we can finally play “the floor is lava” without getting yelled at by our parents. The game might be simple, but it’s not actually free to play. At least not for the grownups who have to replace the items destroyed when we climbed over them.

Netflix can afford it.

Floor is Lava premieres on Netflix on June 19.