In an interview with Entertainment Weekly, Tiller Russell, director of Netflix’s newest true crime craze Night Stalker: The Hunt for a Serial Killer, said, “Very early on we decided that we’re not going to glamorize [the killer] in any way and we’re not making him a hero.” In reality, Russell was fighting a losing battle. Almost any attempts at deglamorizing Richard Ramirez’s serial murders are futile; retelling the story for the umpteenth time invariably increases its grasp on Americana. (Even without focusing on the killer himself.) Removing the titular figure from a documentary about the Night Stalker simultaneously casts the detectives as heroes and adds on to decades of myth-making. Ramirez comes across as an invisible, menacing specter looming across the series. Meanwhile, this framing valorizes law enforcement at large and does no favors for a genre that is inherently cop propaganda.

The 2020 summer of protest shed light on the fact that documentaries like Night Stalker fail to paint an accurate picture of the American criminal justice system. While the valiant actions of Gil Carrillo and Frank Salerno—the detectives who caught Ramirez—may warrant commemoration, Night Stalker’s celebration of the police feeds into the narrative that calling law enforcement results in them saving the day. This is occasionally true, if you’re white. 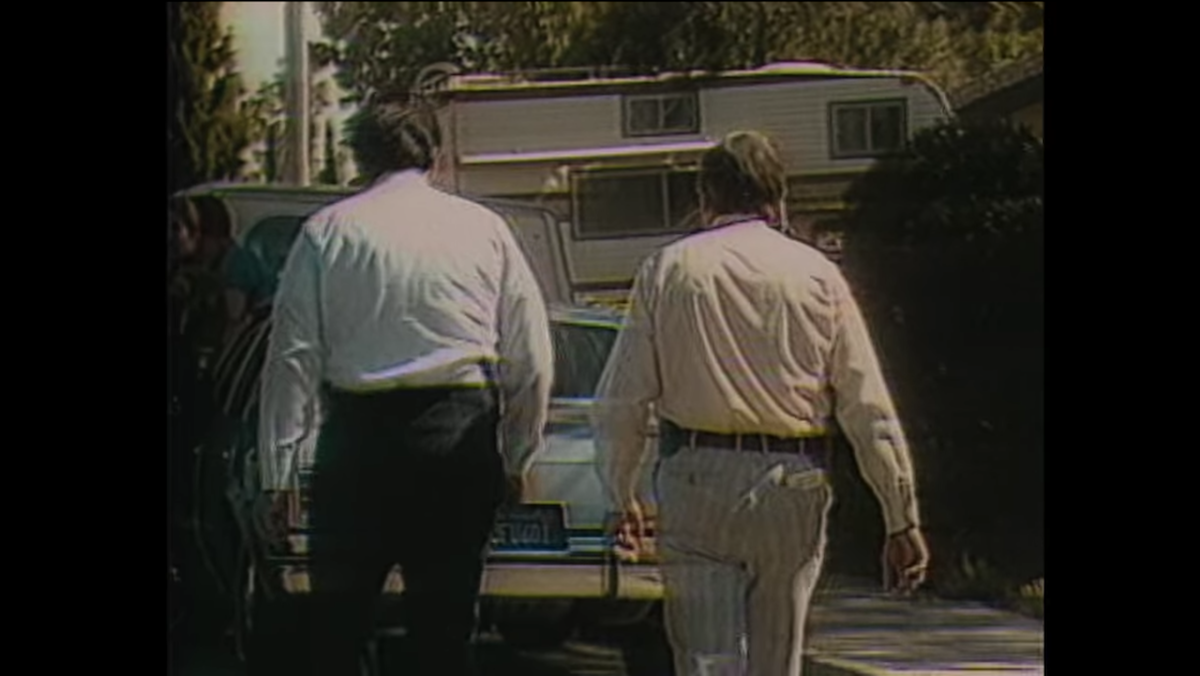 On May 27, 1991, two young Black women called the police to help a drugged, bleeding, and naked 14-year-old Laotian boy named Konerak Sinthasomphone on the streets of Milwaukee. Upon arriving, officer John Balcerzak and three others ignored the women’s pleas and threatened to arrest them if they continued to attempt to help Sinthasomphone. Instead, the police returned the boy to the man he had just escaped from: Jeffrey Dahmer. Dahmer tortured and killed Sinthasomphone that same night.

If the women who called the police or Sinthasomphone himself had been white, perhaps the police would have handled the situation with the gravity it deserved. Instead, one of the most notorious killers in American history eluded capture and was able to continue operating for another two months. John Balcerzak was fired for his involvement in this situation; he was reinstated with full back pay three years later and voted president of the Milwaukee Police Association.

Massive errors during high-profile murder investigations are no rarity in the true crime genre, even in a police-sympathetic retelling like Night Stalker. Examples during the hunt for Ramirez include, but are not limited to, leaving Ramirez’s impounded car in the sun so long that fingerprint evidence was erased; further, not installing a robbery alarm that could have caught Ramirez. While the tireless effort to catch this killer and keep the Los Angeles community safe is deservedly celebrated, retellings of the Night Stalker saga—and any true crime story—should criticize the authorities’ mistakes as much as they celebrate the eventual capture of the killer. 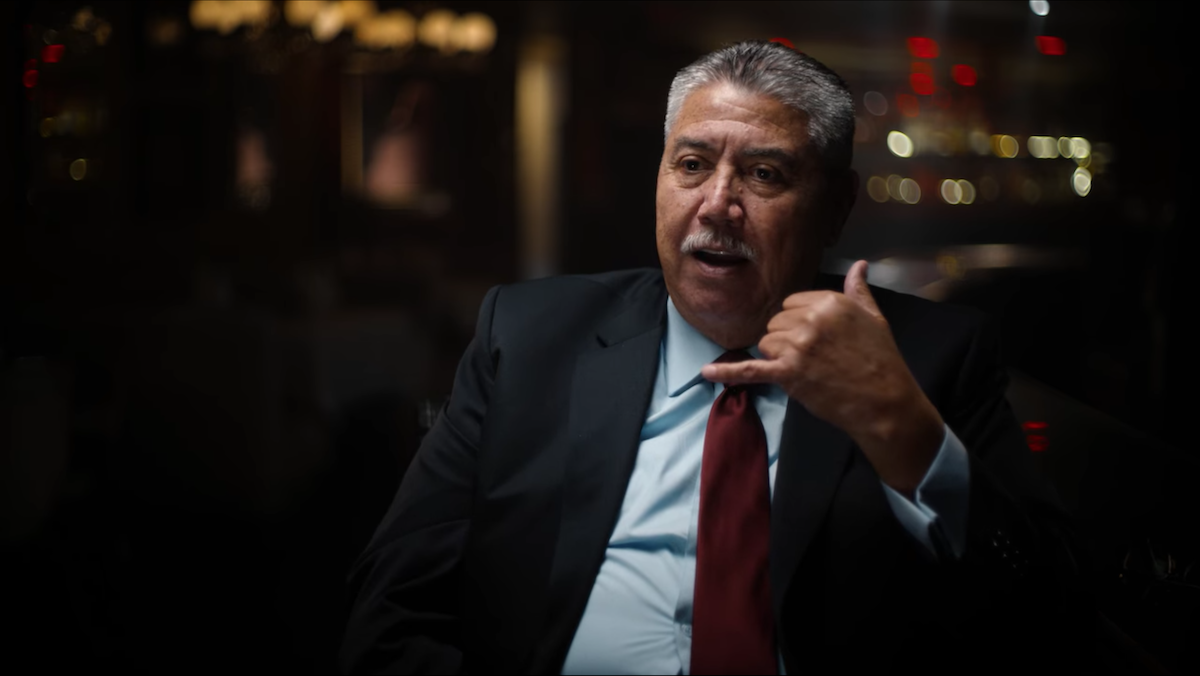 Night Stalker’s glorification of the police is already problematic because of how it masks general police violence against people of color. But this aggrandizing also undercuts Russell’s “deglamorizing” mission statement. Painting the detectives as sublime investigators implies that the killer, whom they worked so hard to catch, has equally impressive—if not more impressive—power.

Ramirez was a pop-Satanist with a flair for the dramatic and desperation for notoriety. Russell’s Netflix doc wastes no time giving it to him; its most egregious choice was giving a literal voice to Ramirez’s dweeby, rehearsed Satanist philosophy and spreading a voiceover across the series. The series’ reluctance to show Ramirez visually is contradicted when his attention-desperate philosophies are emblazoned across the screen in neon capital letters: “I was in an alliance with the evil that is inherent in human nature.”

Other true crime content, such as The Last Podcast on the Left, subverts these issues. This podcast turns in-depth, incredibly researched true crime stories into a comedy show at the killers’ expense. Admittedly the show’s gallows humor isn’t for everyone. But future true crime content creators should take note of how the podcast’s hosts show various killers the respect they’re due. Which is to say, none at all. 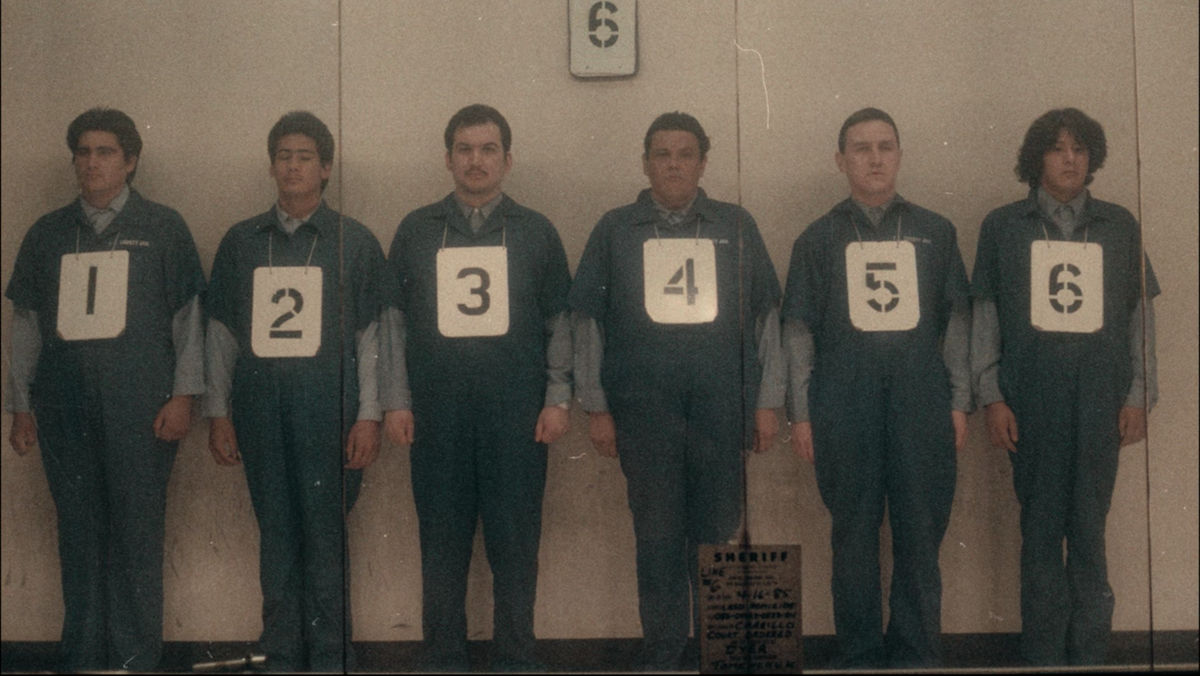 In an interview with Vulture, Last Podcast on the Left host Ben Kissel describes how Netflix’s Conversations with a Killer: The Ted Bundy Tapes is just “a blow job to Ted Bundy.” Kissel goes on to explain how “[Bundy] would have loved that documentary. They made him look someone who doesn’t just have sex with corpses. The man was disgusting, and he’s not smart, he’s a failure at everything, and I think mainstream media glorifies these people in a way that we [at Last Podcast on the Left] don’t.”

The way to truly deglamorize a serial killer isn’t to make heroes of the cops who catch them. Excessive valorization of law enforcement in true crime documentaries only undermines the earned political skepticism toward the police resulting from the Black Lives Matter protests. The only way to deglamorize a figure like Richard Ramirez is to demystify the killer, unravel the cult of personality built up around decades of serial killer fascination, and consider how pathetic they are.