Somehow “society” decided that we must all be as productive as possible at all times. “Oh, there’s a global pandemic raging and we’re all under incredible stress? Well you better use this ‘opportunity to learn caligraphy!” Just let people use their free time however they want, you know? But whether you have that same non-stop mentality or prefer doing something fun during your off hours, the new season from the Duolingo podcast will have something for you. It will teach you Spanish by exploring a famous bank robbery in Latin America.

Duolingo, the popular language learning app, announced that the ninth season of its podcast will be its first true crime narrative (which we first heard about at The Verge). The company says its also the first ever bilingual true crime podcast designed for listeners trying to learn Spanish. Host and journalist Martina Castro will narrate the season, which will tell the story of “El Gran Robo Argentino.” That translates to “The Great Argentine Heist.” 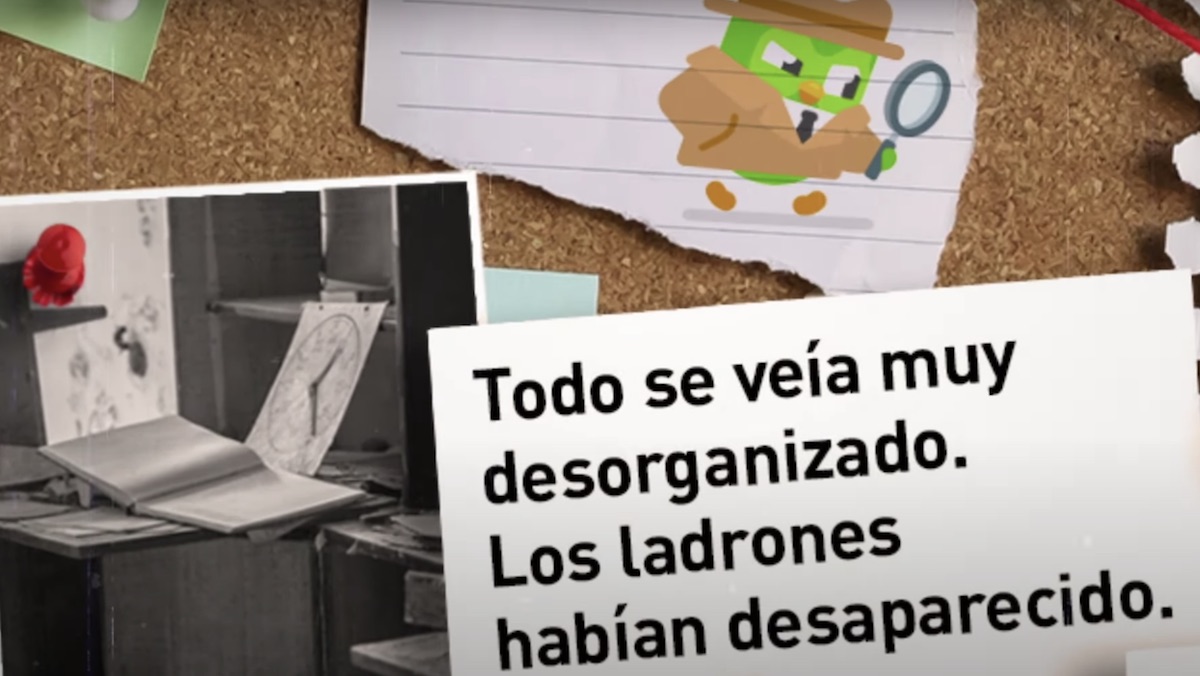 The daring robbery was an infamous 2006 event that took place in Buenos Aires at a Banco Rio. Duolingo describes it as “one of the greatest bank robberies in Latin America’s history,” and it’s not hard to understand why. On that day five masked men stole the equivalent of $20 million, becoming folk heroes in the process. Earlier this year in Argentinia their story was adapted into the film El Robo del Siglo.

If you don’t care about spoilers, you can learn all about the robbery and what followed. But if you plan on listening to the podcast—available to download now—where is the fun in that? It should be a whole lot of fun—and it’s an opportunity to brush up on your Spanish while learning about an incredible real event.