If the world were ending and you only had time to see one last movie, you probably wouldn’t go wrong with a Leonardo DiCaprio film. The guy just makes good movies. Pairing him with Jennifer Lawrence seems like a guaranteed winning move too. But the type of film you might expect to see those two Oscar winners headline together is not the one we’re getting. Because despite the fate of all mankind resting on them, the first teaser for writer-director Adam McKay’s star-studded Don’t Look Up is a lot less drama and a lot more comedy.

And a lot more fun.

It would be nice if the end of the world seemed like this such a good time. Unfortunately, all of the elements of modern life the film is satirizing aren’t nearly as entertaining. That should make for a movie with a whole lot to say. And the film’s official synopsis reveals just how many topics it will address. From Netflix:

Kate Dibiasky, an astronomy grad student, and her professor Dr. Randall Mindy make an astounding discovery of a comet orbiting within the solar system. The problem — it’s on a direct collision course with Earth. The other problem? No one really seems to care. Turns out warning mankind about a planet-killer the size of Mount Everest is an inconvenient fact to navigate. With the help of Dr. Oglethorpe, Kate and Randall embark on a media tour that takes them from the office of an indifferent President Orlean and her sycophantic son and Chief of Staff, Jason , to the airwaves of The Daily Rip, an upbeat morning show hosted by Brie and Jack.

With only six months until the comet makes impact, managing the 24-hour news cycle and gaining the attention of the social media obsessed public before it’s too late proves shockingly comical — what will it take to get the world to just look up?! 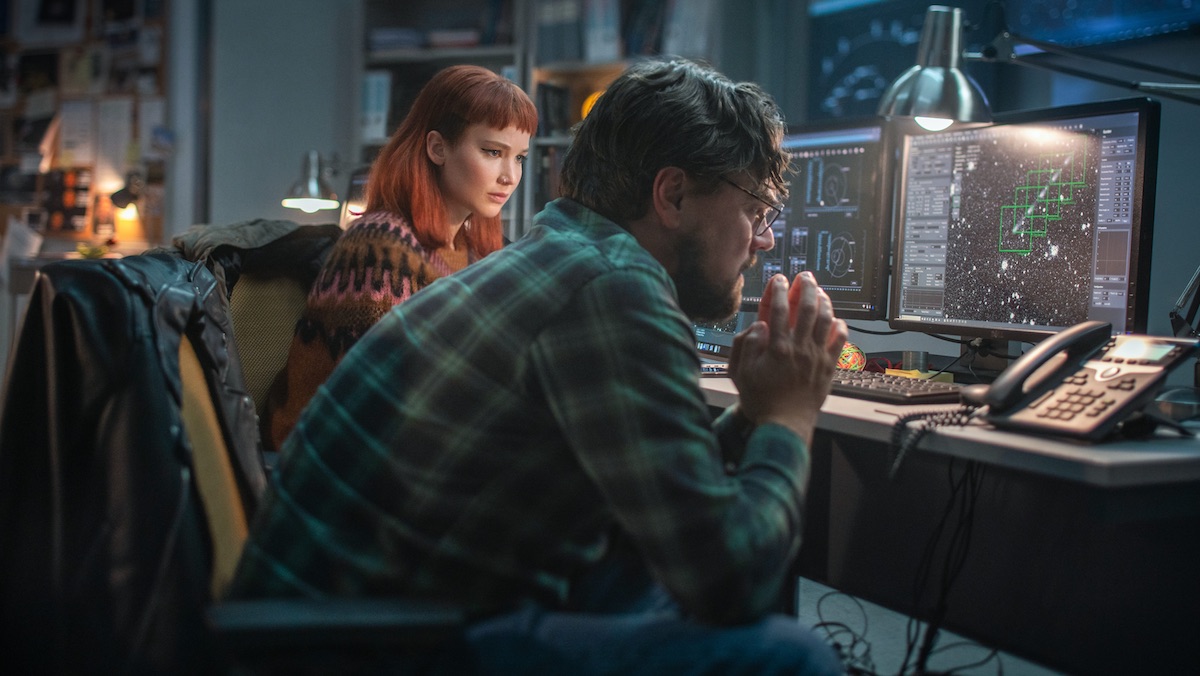 Forget a killer comet. That’s a killer lineup. If mankind’s destiny really is destruction from failing to act, we hope we have enough time to see this film.

Don’t Look Up debuts in select theaters on December 10. It then crashes into Netflix on Christmas Eve.