In 2017 EN Publishing launched an incredibly successful Kickstarter called A Touch of Class. Featuring seven new core classes, each incredibly well balanced and oozing with flavor, it came to Kickstarter already finished and just waiting a print run. Drawing 2,454 backers and funding within the first days, there is clearly a draw for professionally published content. Given that EN publishing is well known for the D&D 5e magazine EN5isder, and bringing Judge Dredd and the Worlds of 2000 A.D. to life—they know what they are doing.

Homebrew classes might not fit into your Adventurers League sanctioned chronicles, but they serve an incredibly valuable niche to players and storytellers alike. For players, they give more variety and help their characters feel more iconic and individualistic. As Storyteller, they allow you to create NPC’s that surprise players who’ve read every book or offer new mentors in the world. I’m particularly fond of using homebrew classes when the characters of the game travel to a faraway continent to showcase diversity between countries.

Launching their sequel, A Touch MORE Class this June, the Kickstarter features a 100-page full-color book and 9 additional classes. You can either get both books or a custom set of Tarot-sized cards for use with the Cardcaster class (re: coolest) from the first book. Here’s a low down on the 9 new classes! 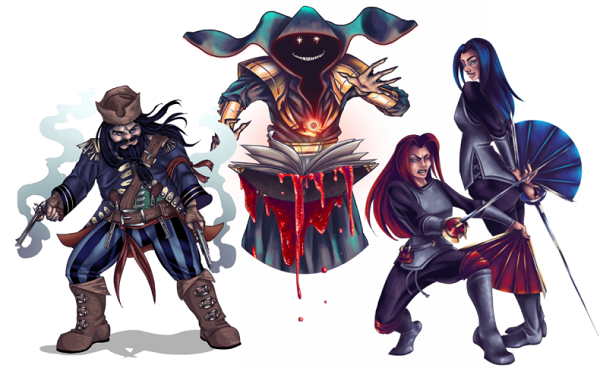 Each of the classes has been run through the community ringer and playtested over at the EN5ider group and comes complete with full sub-classes and all the information for roleplaying.

Bloodweaver: Macabre Magician. A Constitution based spellcaster that uses their own blood to cast a variety of unique effects like controlling people through Blood Puppetry, sensing living creatures nearby, healing your allies and eventually regenerating yourself from your own blood.

The Gemini: Two-Faced Warrior. A curious class based upon confounding and evading enemies by creating semi-real multiples of themselves and play copycat with the abilities of their foes. Interestingly, the character also has this duality in their own mind, pulling them in different directions, perhaps even driving them insane. This class has so much potential for spymasters and their ability to use clones.

The Geomancer: Nature’s Hearthmage. An Elementalist class, the Geomancers are a Constitution based caster that turns their surrounding elements into spellcraft. Forsaking the shapeshifting abilities of Druids, Geomancers place far more power into uncovering the secrets of the land around them and using their stones for incredible effects.
The Gunfighter: Black Powder Desperado. A Dexterity Based fighter, the Gunfighter brings a classic archetype to lift in a way different from the Alchemist. You aren’t some mad tinkerer trying to build a blunderbuss, your someone whose mastered dueling, trick shots, or ruthless Bushwacking.

The Lodestar: Fractured Soul Given Form. Lodestones are a soul given physical form, and when someone’s soul is shattered and fragmented, becoming a Lodestar seems like a great choice rather than going insane or being sent to oblivion. How the soul of your character is fractured is integral to this character, because the reward is the mastery of body and mind.

Monster Tamer: Companion of Beasts. A surprisingly durable (d12) hitpoint class that tames monstrous pets from beasts, aberrations, slimes or even draconic ones. This class sells itself because it allows all players to realize their dreams of being the Lord of Gelatinous Cubes (or other technically cooler monsters).

The Savant: Mind Over Matter. A Savant is a class that weaponizes knowledge. Think Sherlock Holmes. From detectives, iconic martial artists, to adventurous physicians this class relies on being a repository of lore and cunning combat tricks to put their enemies down.

The Tinkerer: Engineer of Wonder. Tinkerer classes come in a wide variety and with near every edition of Dungeons and Dragons. This class is geared more to living out your steampunk fantasies of building automatons or studying the nature of portals to other realms. In both cases, you still just blow stuff up. 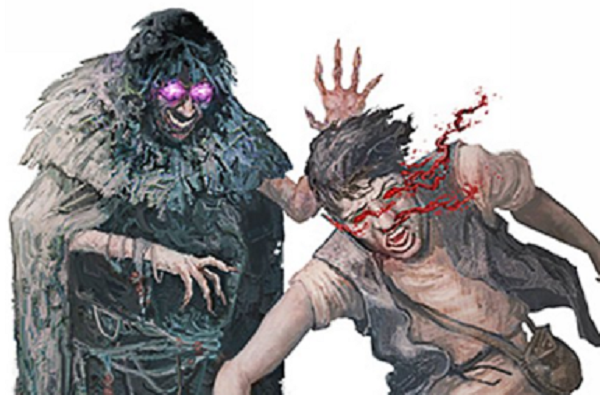 If you want to check out more art or class details, check out the Kickstarter, and follow the main website right over here! In the comments below, let us know what classes you’d like to see!