Hurricane Dorian, the first major hurricane of this year’s Atlantic hurricane season, continues to cause fear and destruction as it moves through the Caribbean and north-northwest up the east coast of the United States. Dorian has, as of this writing, thankfully diminished to a Category 2 hurricane, but is still a sublime sight to behold, especially from the International Space Station’s high-definition cameras 260 miles above Earth’s surface.

NASA has been posting videos and pictures of Hurricane Dorian from the ISS left and right on twitter, and each set of images has given insight into just how gargantuan this tropical storm is. In the video above, which was broadcast live on the morning of September 3, NASA showcases the full breadth of Dorian, which, as of September 2, has a storm-force wind field of roughly 61,575 square miles. For reference, the state of Georgia measures 59,425 square miles. 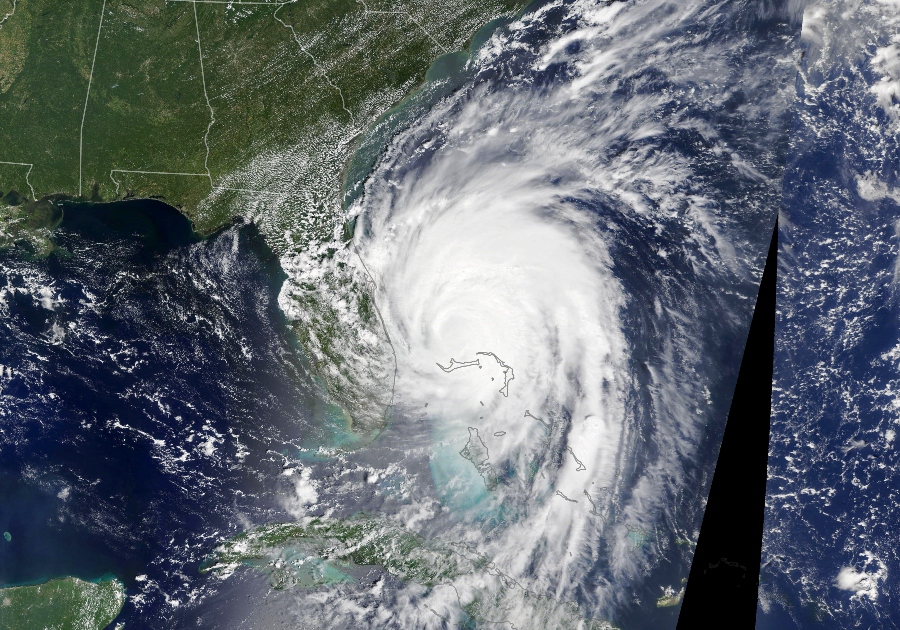 It’s impossible to completely grasp how large a tropical storm of this size is in the mind’s eye, but these images from NASA astronauts and satellites give some sense of its scale. NASA has also stitched together video from its GOES-13 satellite, which shows Dorian’s most recent movements over the last 24 hours. While the storm hasn’t moved much recently, it’s still whipping around sustained 110-mile-per-hour winds, as well as 130-mile-per-hour gusts.

We stitched together this video from our @NASA #Goes satellite to show how #HurricaneDorian spent 24 hours in nearly the same location— causing widespread devastation in the #Bahamas. pic.twitter.com/rkXwokcOYz

Dorian’s devastation is most notable in the Bahamas, which suffered catastrophic damage, including the loss of an estimated 13,000 homes as well as five confirmed deaths. While the videos and pictures of Dorian from the ISS are distant enough to make the storm seem like an abstract swirl rotating white arms around a darkened pupil, images from the ground are far more heartbreaking. One pilot lists what’s been wiped out in the Bahamas in the video below.

Listen to this pilot, flying over Abaco in the Bahamas, listing what’s “gone” because of Hurricane Dorian pic.twitter.com/MwhAeiI8cl

What are your thoughts of these Hurricane Dorian images? Let us know in the comments.