Missing Matter Found in Our Own Galaxy - Nerdist

Missing Matter Found in Our Own Galaxy

Although dark matter continues to elude direct detection, scientists likewise remain baffled as to where all of the regular matter is. Now, a team of astronomers says it has found evidence for some of this missing regular (or “baryonic”) matter; they say it takes the form of lightless “snow clouds” made of hydrogen. And the team found the elemental ghosts right here in the Milky Way.

Wired reported on the discovery, which a team of astronomers—led by Yuanming Wang at the University of Sydney—recently published in the journal Monthly Notices of the Royal Astronomical Society. Wang actually invented a novel technique for detecting baryonic matter, deployed in this situation to find the hydrogen snow clouds. 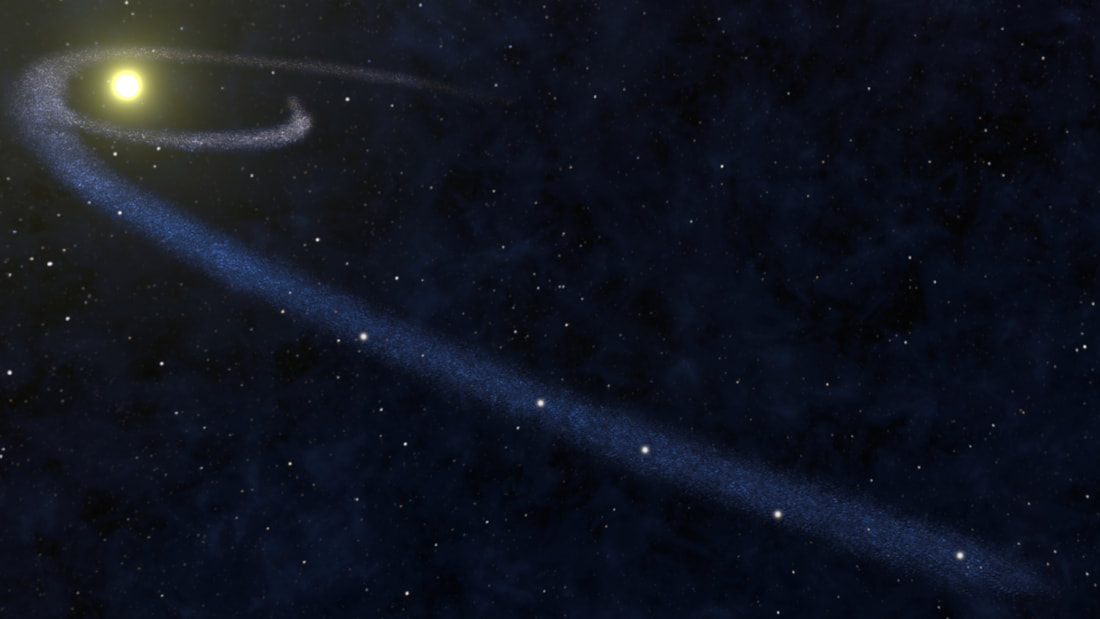 “We suspect that much of the ‘missing’ baryonic matter is in the form of cold gas clouds either in galaxies or between galaxies,” Wang, who’s pursuing her doctorate at the University of Sydney, said in a press release. “This gas is undetectable using conventional methods, as it emits no visible light of its own and is just too cold for detection via radio astronomy,” she added.

Wang’s ingenious method for detecting invisible baryonic matter consists of looking for distortions in radio waves permeating through space. Just as our atmosphere distorts visible light we see here on Earth—hence those forever shimmering stars—Wang proposed that radio-wave sources in space “shimmer” when they pass through matter.

Instead of starlight shimmering in the atmosphere, however, Wang et al. detected this shimmering light coming from distant galaxies. “We found five twinkling radio sources on a giant line in the sky,” Wang added in the release. Meaning that the radio waves must’ve all passed through the same cold clump of gas. (Immediately above is a GIF showing one shimmering galaxy, with the colors representing brightness; red for brighter radio waves, blue for dimmer ones.)

As for those cold, clumpy clouds, scientists theorize they’re made of hydrogen frozen at -260° Celsius. Wang estimates this particular stream of cloud making these particular galaxies twinkle is about 10 lightyears from Earth. She also theorizes the cloud is a tenth of a lightyear long, but only mass-equivalent to the Moon.

In the future, the astronomers will need to find further evidence of hydrogen snow clouds to confirm their elemental makeup. Regardless of the clouds’ characteristics, however, Wang says her method will continue to identify invisible baryonic matter. Which probably means things are a lot “cloudier” in the Milky Way than we realize.