NASA has just released a new photo of “summertime” on Saturn taken by the Hubble Space Telescope. And, as with all other images of the Ringed Planet, this one is a sublime sight to behold. Plus, it stands as a reminder that Saturn undergoes seasonal changes, and looks different throughout the year. 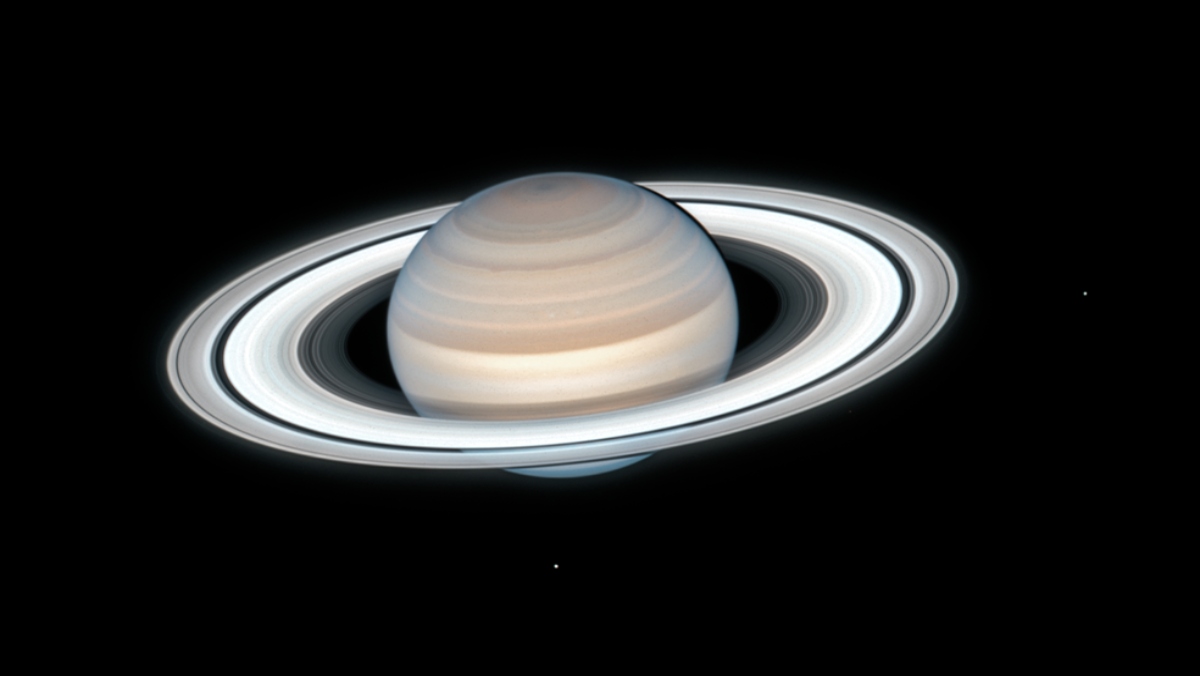 CNN reported on the image, which NASA recently posted to its various social media accounts. The image, NASA notes, was taken by Hubble on July 4, 2020, when the planet was 839 million miles away from Earth.

The image was taken as a part of NASA’s Outer Planets Atmospheres Legacy (or OPAL) project. OPAL is a Hubble project aiming to help scientists better understand the atmospheric dynamics and evolution of our solar system’s gas giants. The gas giants of our solar system, for anyone who needs a quick refresh, are Saturn, Jupiter, Uranus and Neptune.

“It’s amazing that even over a few years, we’re seeing seasonal changes on Saturn,” lead investigator Amy Simon of NASA’s Goddard Space Flight Center said in NASA’s press release. And while the Ringed Planet’s seasons look different from ours, the reason it experiences them is the same as Earth’s: because of its tilt.

Earth isn't the only planet with storms.

This #HubbleClassic captures an arrowhead-shaped storm on Saturn, as wide as Earth itself, raging on the ringed planet in late 1994: https://t.co/nGBuwCwp2y pic.twitter.com/IgWyyuy0Yr

On top of a stellar look at Saturn’s banded atmosphere—and rings—the picture also offers a look at two Saturnian moons. The icy moons, Mimas and Enceladus, are located right and bottom respectively. And even though they may seem small, they’re definitely worth visiting one day. Especially since either one of them may have life.

What do you think about this image of the northern hemisphere while it’s experiencing summertime? Do you prize this gorgeous Saturnian image above all others now? Or would you put the proverbial ring on another famous photo of the planet? Let us know your thoughts in the comments while this image of Saturn is still in your mind’s eye!