The Nancy Drew TV series only has a few episodes under its belt but it’s already packed with plot twists. There are a couple of whodunnit mysteries in play and a small Maine town full of potential suspects. At first, Nancy, her boyfriend Nick, and the crew at The Bayside Claw all seemed like normal teenagers trying to find their way through those first few confusing post-high school years. But it was quickly revealed that pretty much every main character in this series is suspicious.

Who killed Tiffany Hudson? And, who was behind the cold case murder of Lucy Sable? Nancy Drew season one will have 22 episodes, so the answers are very far away. But, that doesn’t mean we aren’t going to judge these characters each week. Here’s our Nancy Drew character ranking based (mostly) on their trustworthiness as of episode five: 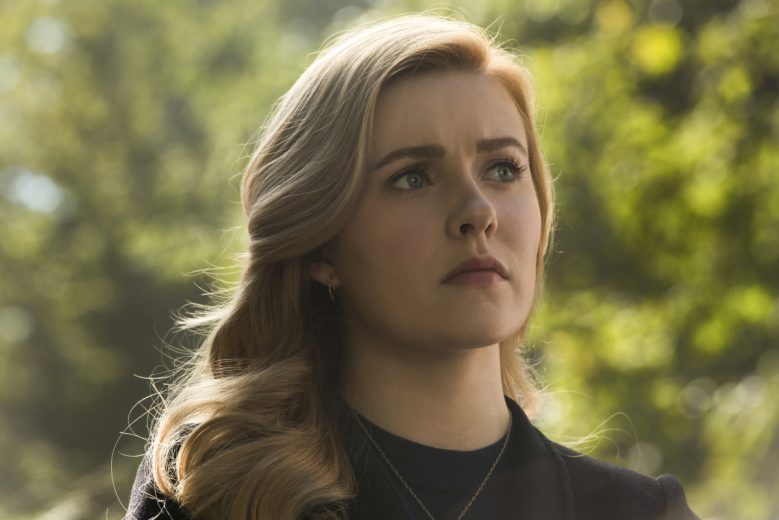 This version of Nancy Drew isn’t the one you read as a kid, and that’s not necessarily a bad thing. She’s a habitual rule breaker, confrontational, and kind of a bad friend. But she’s certainly no killer. Nancy is rightfully suspicious of everyone around her—including her own father—but she’s letting her guard down a little too much with Nick.

Love (or, in her case, good sex) can certainly cloud a person’s judgement and she’s willing to cover things up to protect her guy. This doesn’t make her too terribly deceitful, but we really can’t give any of the main characters, even er, 100% percent of our trust. That distinction is reserved for one special person at the end of this post! 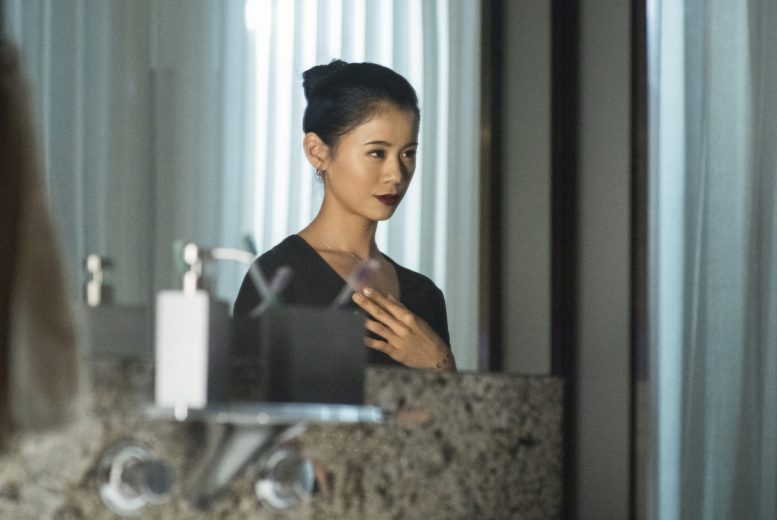 George certainly had some motive for wanting Tiffany Hudson dead. She was having an affair with Tiffany’s husband and could have easily profited alongside him from his wife’s insurance policies. However, George appears to be on Nancy Drew’s side (so far) in this investigation. She could have easily taken the blood and other evidence that Nancy passed off to her and destroyed it all but she did the right thing.

George also seems genuinely remorseful about the affair and Tiffany’s death. This doesn’t let her completely off the hook but we are giving her a lot less side eye right now, especially after she was possessed by a ghost. Please be a good person, George. 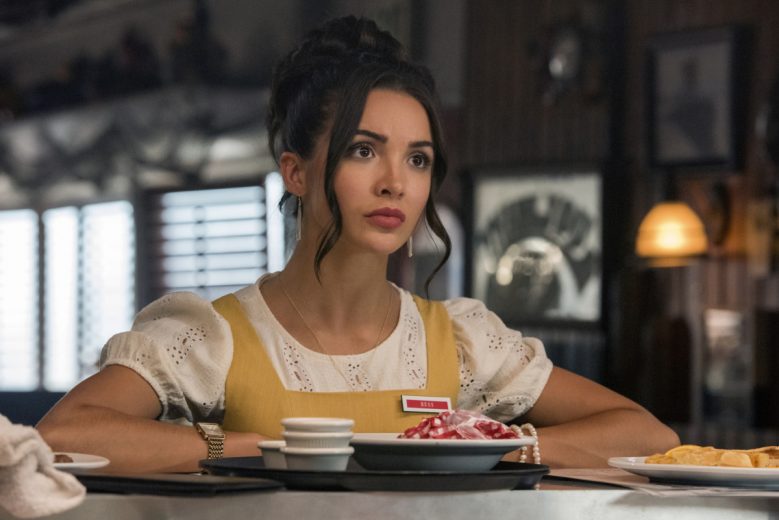 Bess is throwing a ton of curve balls at everyone. She’s been lying about her real name, her family history, and even her accent. Is Bess really here to find out if she’s related to the Marvins? Or, does she have anther mission in mind? Only time will tell.

Bess may be a liar and jewelry thief, but she doesn’t appear to be a killer at this point. In fact, she has been really helpful with Nancy’s investigations and cares a lot about George’s well-being. She is also one of the best and most intriguing characters on the show right now. However, her fabricated story still raises an eyebrow. 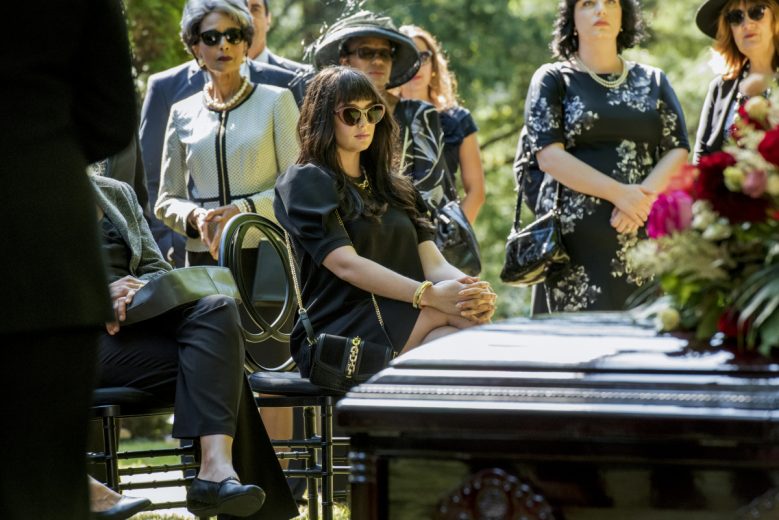 Tiffany’s sister strode into Horseshoe Bay with a determination to find out the truth about her death. So far, Laura’s intentions have seemed relatively  normal outside of whatever she has going on with Ace.

Laura told Nick that Tiffany had good things to say about him so she’s not here to set him up. And, she cannot stand the Hudsons like most people. But, what is on that jump drive? And, what did her and Ace get into when they met? We’re watching you Laura. 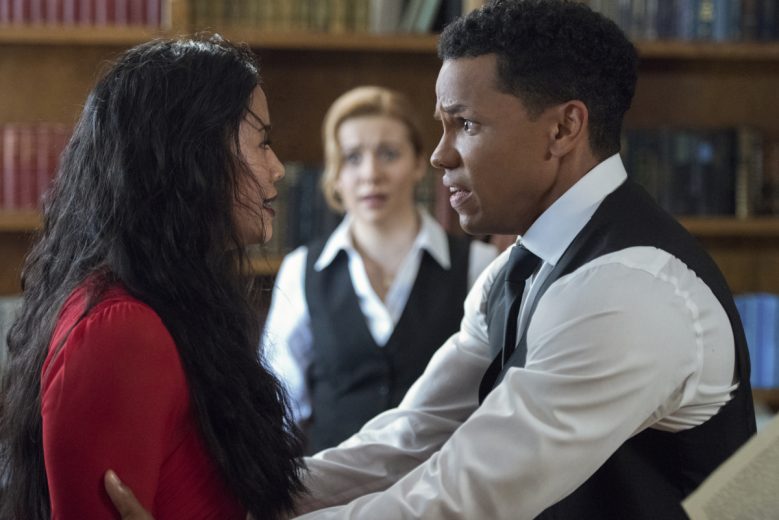 Oh Nick. I personally wish I weren’t so wary of you because I like rooting for the token Black person. Nick’s story about how he was convicted of murder is indeed sad, however, there’s something still off about him. It feels like he is holding back some additional information from super sleuth Nancy Drew about his connection with Tiffany prior to her murder.

His interactions with Tiffany’s spirit could be an indication that there was more between them than an oddly developed friendship. Laura Tandy seems to want to work with him but he’s adamant about keeping things close to his chest. You can rarely, if ever, trust the boyfriend in these situations. Also, who doesn’t want millions of dollars in bonds?! That’s enough money to disappear forever. Are you okay, Nick? 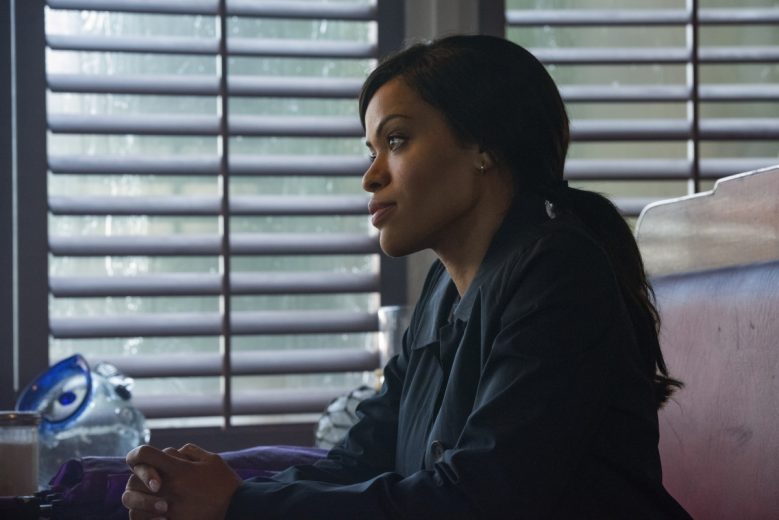 Is Karen telling the truth about her relationship with Lucy Sable? She admitted they went to school together, but initially lied about them being best friends. She says their friendship suddenly shifted after some gathering one night, but is no doubt holding back a lot of information.

It kind of makes sense to keep it to herself because, well, Nancy Drew is nosy as hell, but is she doing it because she knows what happened to Lucy? She might be a part of the cover-up that went down with Lucy Sable years prior and decided to become a cop to “erase her sins.” And, her boss isn’t a person you can trust, either. Nancy better make sure she’s careful with all this digging into the past. 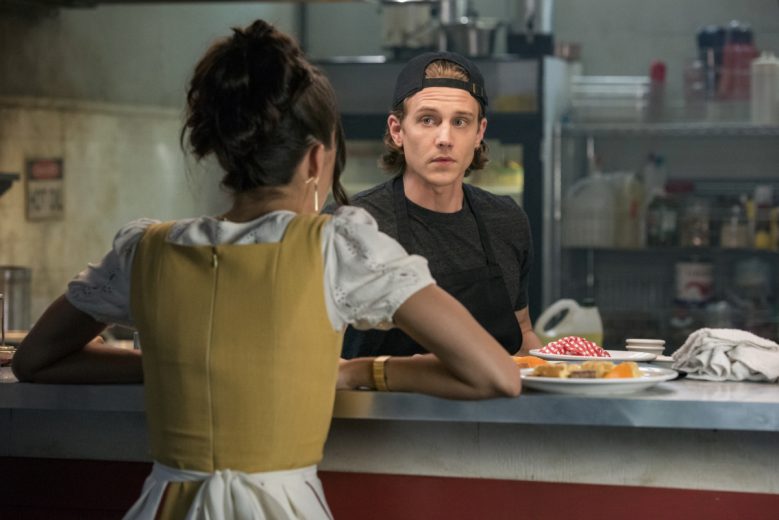 Ace didn’t play a major role until recently when he partnered with Tiffany’s sister. It’s always a good idea to keep an eye out for the quiet guy in the background who has a few secrets up his sleeve. He’s a full on hacker whose in with the police detective and mostly off Nancy Drew’s radar, so it’s not a good idea to put much faith in him. 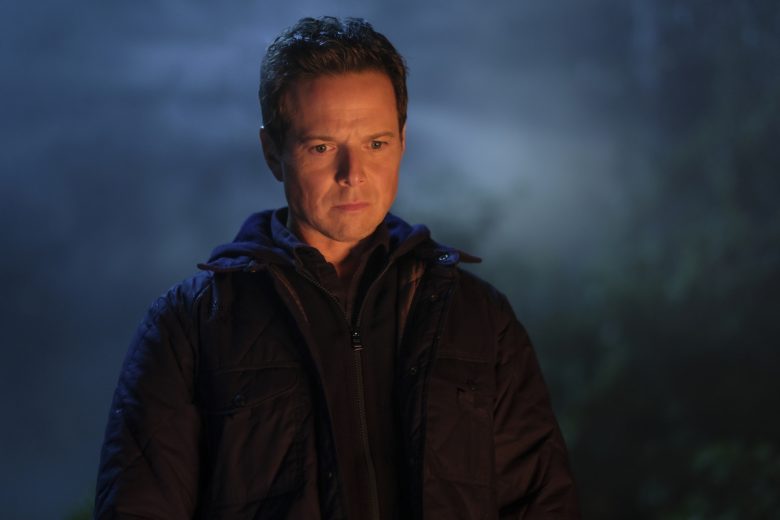 Ahhh. One of the most untrustworthy people on this show is no doubt Nancy’s dad. She drags him to no end, but he has it coming to be honest. He unearthed a trunk from his backyard with a bloody dress in it and lied about it to Nancy. Carson lied once again when she questioned him about finding said dress.

Then, he set the dress on fire in the backyard. And, he’s defending Ryan Hudson, whose family he has apparently worked with in the past. There’s no doubt that Carson loves his daughter and likely has zero to do with Tiffany’s murder. But, there’s a strong chance that he was involved with Lucy Sable and played a role in the cover-up of her death. Can Nancy Drew really bring down her own dad? We will see. 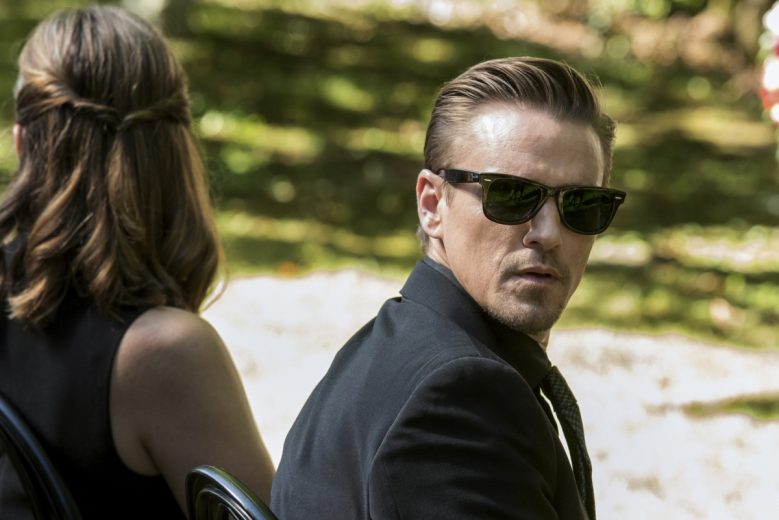 He’s cocky, brash, and randomly asking about life insurance money after his wife’s death. Nothing about this guy says grieving husband and there’s a reason why he’s seeing dead people. He apparently dated Lucy Sable in high school. The plot thickens.

It would be shocking (and awful) if Ryan, Karen, Katherine, and Carson were all somehow involved in her death. Tiffany’s family also thinks he was a terrible husband and, well, based on his affair with barely-legal George, they were right. Guilty. Lock this man up immediately. 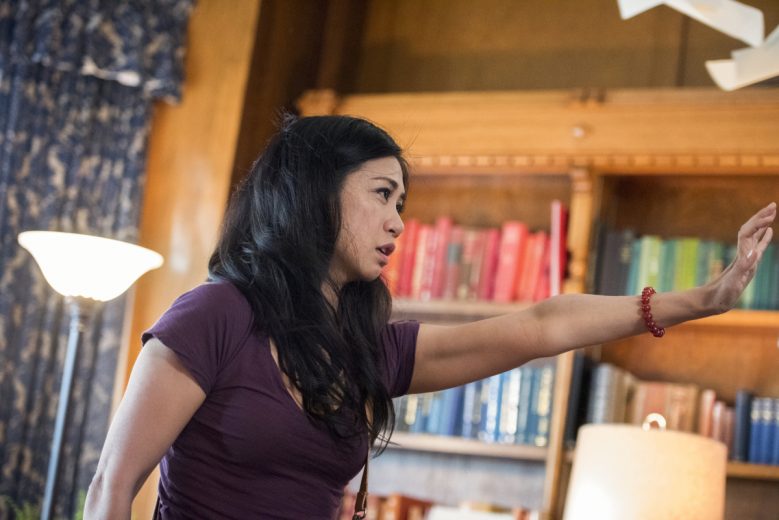 Now, for the one Nancy Drew character who is 100% pure and good: George’s mother. She’s a clairvoyant who has a ton of ghost expertise, likes a drink (or five), takes Ubers, and appreciates toasted bread on her sandwiches. We barely know her but we would like an entire spin-off about her life and adventures. Please and thank you.

Which Nancy Drew characters do you trust? Who is on your suspect list and why? Drop your best theories in the comments below.

TAGGED: Nancy Drew, who is the killer on nancy drew