Creating the world’s blackest-ever materials seems to have become quite a quest over the past few years. The famous Vantablack material, for example—which can absorb 99.965% of visible light—has turned tons of objects into 2D black holes. Now, from Japan, is “the world’s blackest paint,” which is, shockingly, just a water-based acrylic; one its maker says should not be used to turn people into ninjas.

In the video above, YouTube channel, The Action Lab, showcases the world’s blackest paint. The paint, dubbed “Musou Black,” can reportedly absorb 99.4% of visible light. And while that’s obviously a tiny bit less absorbent than Vantablack, the effect is apparently exactly the same. (Incidentally, Vantablack has already been toppled as world’s blackest material.)

As The Action Lab host shows, people can apply the ultra-black paint just as they would any other acrylic. Musou Black, however, unlike regular acrylic paints, essentially turns objects into Acme portable holes. 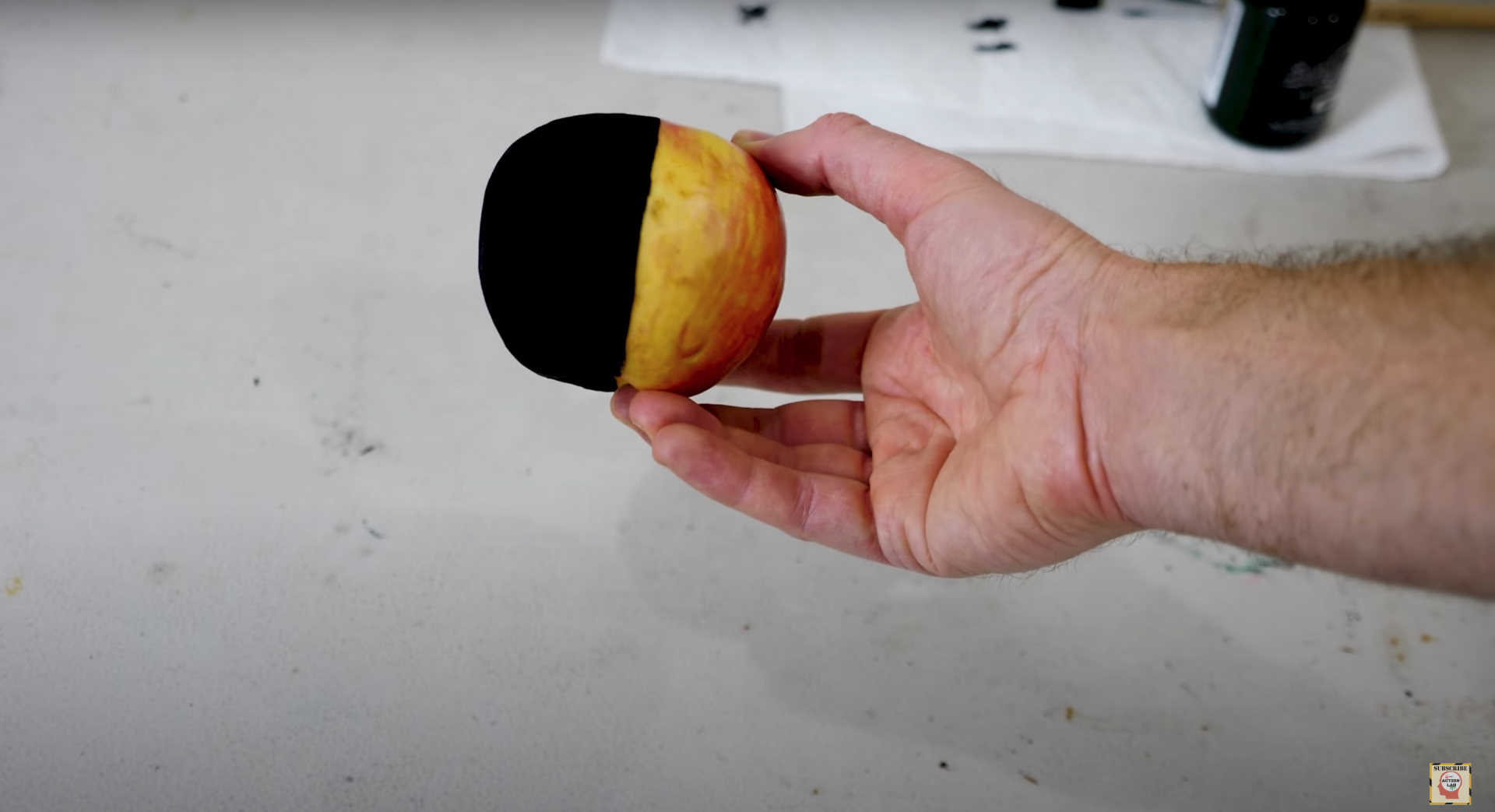 This transition into cartoonish pinprick in reality occurs thanks to Musou Black eliminating objects’ contours. This has the effect of turning an object, such as a piece of fruit, into what the mind registers as nothingness (?) in one shape or another. It’s hard to put it into words. Certainly against a black background, however, anything painted with Musou Black completely disappears. The “Moon Grapefruit” in the below video is a great example of that.

Unlike Vantablack, people can actually purchase bottles of Musou Black; one goes for about $25, although you’ll have to pay for shipping from Japan. Each bottle also does actually come with a warning that reads “don’t become a ninja by using this paint.” Which is obviously a joke, but it does raise some good questions. Such as: would painting one’s body entirely with Musou Black allow them to disappear into the night? And, if so, would the paint last until 2020 is over?