This May, Americans were introduced to “murder hornets” after they were spotted for the first time ever in the U.S. Now, officials say the murder hornets likely have a hive established in Washington state—where they were first discovered—and are entering their so-called “slaughter phase.” And while that doesn’t necessarily mean trouble for people, it does for bees. Especially the ones who like their heads.

Darn! We failed to post here on Twitter! Shame on us. Live #AsianGiantHornet caught this week, but our first tracking attempt was not successful. More info in our press conference recording: https://t.co/Arnm7IawzM pic.twitter.com/zKqhEo5a31

The Washington State Department of Agriculture, which first sounded the alarm over the hornets, recently said there have been new reports of the dastardly insects in both Washington and Canada. In an Associated Press report, which comes via Earther, Sven-Erik Spichiger, an entomologist in the Department, said the number of hornet sightings in Washington is double that of previous records.

“We believe we are dealing with a nest,” Spichiger told the Associated Press. “We hope to locate [it] in a couple of weeks and eradicate it,” he added.

#AsianGiantHornets are becoming more numerous and active. To locate nests, we need to catch live hornets or know the direction they are flying when they are spotted. If you spot an Asian giant hornet, note the direction it is flying and report ASAP at https://t.co/o8g9ZHvSAd. pic.twitter.com/DGGUFDwWSX

For those who haven’t yet researched the flying terrors, they’re actually Asian giant hornets, or Vespa mandarinia. And while they’re not much of a threat to people, they can be detrimental to ecosystems and deadly for bees. In fact, the slaughter phase into which the hornets are now entering is specifically about annihilating bees. By decapitating them.

The Department notes that during their “slaughter phase,” the hornets—the largest in the world—aim to kill bees and hijack their hives. And not only do the hornets occupy the hives of their headless enemies, but also take the bees’ brood to feed their young. 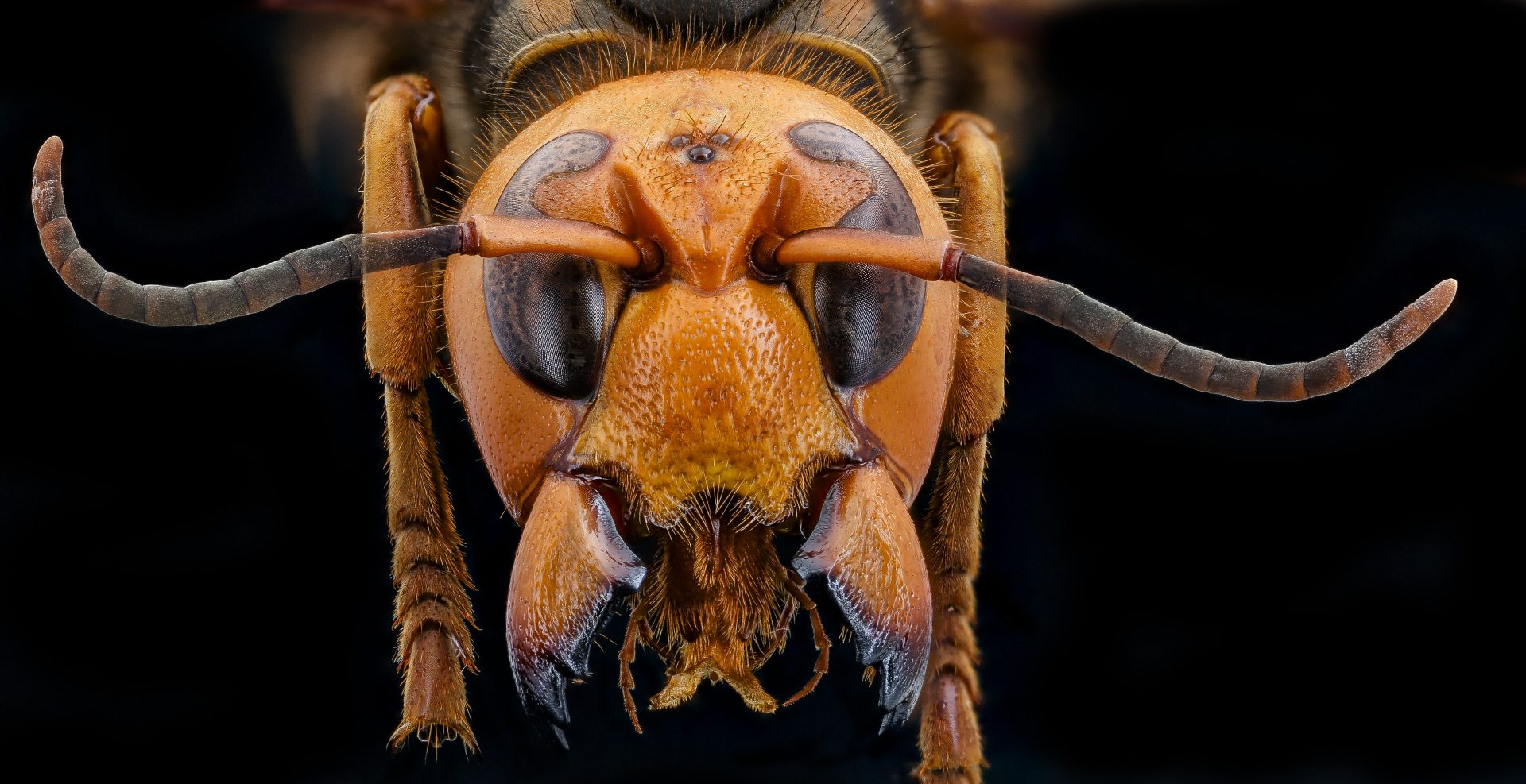 Luckily, the Department says it’s hunting down the murder-hornet hive, if it does indeed exist. To do so, Spichiger and his colleagues have blasted out a clarion call for locals to report any hornet sightings. Using these sightings, the Department can track down the hive by following returning hornets. (Although the Department doesn’t want the public to try to trap the hornets, as they’re highly toxic, can sting repeatedly, and are capable of killing people.)

Unfortunately, while a state scientist has already been able to capture one hornet, it did not reveal the location of the hive. The scientist attempted to glue a radio tag onto the hornet, but it fell off, and ultimately rendered the insect flightless.

#ICYMI Here is our image comparing #AsianGiantHornet to other flying insects. No, its name is not the #murderhornet pic.twitter.com/cwIgIPGC1t