I know very little about the murder hornets. Under normal circumstances, I would be very interested in learning everything I could about giant killer insects invading America. That seems like the type of development we would all want to keep up-to-date on, for many obvious reasons. However, monstrous flying demons are just too much for me to handle during a global pandemic. I only have so much energy to spend on existential angst and paralyzing fear every day. But maybe I shouldn’t be that worried at all. A new video might have taught me everything I need to know about murder hornets—keep a praying mantis nearby. They will literally eat the head off those ghastly bugs.

This truly gnarly video, which once again reminds us that science-fiction and horror have nothing on Mother Nature, features a praying mantis absolutely demolishing a murder hornet. The green insect latches on to the hideous bugger and won’t let go. The hornet’s struggles to free itself, but to no avail. That’s when the feast commences, in a de facto recreation of Anthony Hopkin’s eating Ray Liotta’s brain in Hannibal.

The only thing this mantis was missing was a nice Chianti. 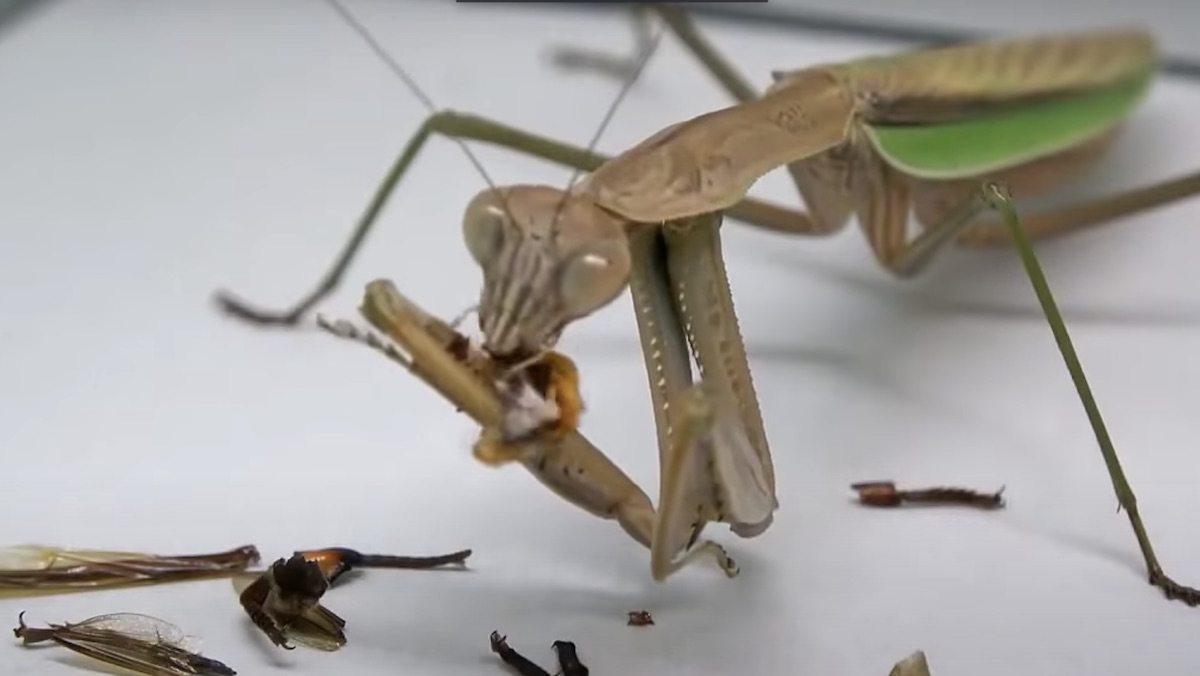 By the end of this meal all that’s left of the hornet are some appendages and wings. And also some hope for the rest of us.

Because while this is super gross and unsettling, after watching it I feel so much better about this whole murder hornet thing. They do appear to be as formidable as I feared. Now to just take a sip of tea and search YouTube for more videos of them being eaten by a praying mantis…

Yeah, it’s probably time for me to read up on them. Obviously a mantis won’t answer all our murder hornet prayers.