Once upon a time, a brand new network called Comedy Central made a name for themselves by airing Thanksgiving marathons of a quirky show called Mystery Science Theater 3000. Though the tradition died out for a while, it came back in style in 2013. Now, MST3K fans may settle in front of the screen once again this Thanksgiving day. Shout! Factory and Alternaversal Productions will continue the beloved holiday tradition with a newly curated Mystery Science Theater 3000 Turkey Day streaming marathon this year. You can watch a special video announcement for the marathon down below, featuring some very familiar robotic faces.

Starting at 9 am ET/6 am PT on Thursday, November 26, the marathon will feature six classic MST3K episodes, as usual. But this time, the episodes come chosen by fans via a bracket elimination poll. Shout! Factory Live’s official website includes a list of broadcasters airing the marathon. This year also marks the first time that the marathon will be available worldwide; all the “MSTies” outside of North America may tune in via the official MST3K Twitch and YouTube channels. 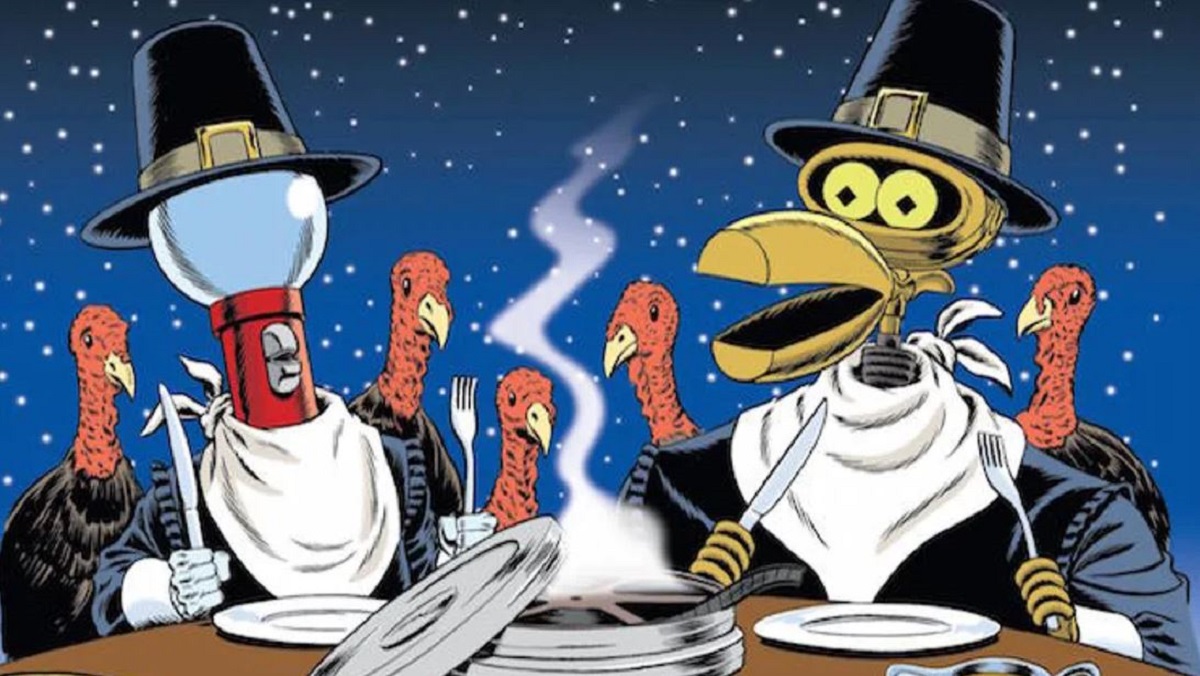 We’re not sure yet what the six featured movies will be. I know I’m always down for another viewing of MST3K‘s most beloved episode Manos, The Hands of Fate. But we MSTies will have to be patient and wait ’til Turkey Day to find out the lineup. In the end, we’ll love watching the Satellite of Love crew mercilessly skewer whatever films make the cut.

Be sure to head on over to MST3KTurkeyDay.com for more information on how to watch the Turkey Day marathon. (And how to participate digitally in MST3K fun via the hashtag #MST3KTurkeyDay.)