When you say “fantasy” to most casual observers, a few cliche things come to mind: noble elves, ruddy dwarves, and brash humans trekking through the woods to beat back trolls and win the day. Probably with some sort of magic ring involved. SURE! That’s a thing! There’s definitely a rich history of that type of story in fiction, but it’s not the only story that can be told. With only imagination to hold us back, let’s explore five flavors of fantasy just slightly off the beaten path, ‘punks first.

Imagine if WWII was the apex of design, but not technological advancement. With its retro-future vibe, zeppelins flying high, belching smoke, and often nihilistic attitude, it’s Steampunk’s greasier cousin. Without question the most popular examples in pop-culture currently are  the Fallout and Bioshock franchises, though you can see strokes of it in: movies Sky Captain and The World of Tomorrow and Iron Sky, graphic novel Ignition City by Warren Ellis, and believe it or not there’s even Dieselpunk beer!

This one is a little trickier to pin down. There is a classic anime/manga with a similar title, but it’s not quite what we’re looking for in this article. At times evoking images of remote oases and caravans bound for adventure, Desertpunk can offer a refreshing change from the decidedly Euro-centric view of fantasy. The novel Throne of the Crescent Moon by Saladin Ahmed, and the game Aurion Legacy of Kori-Odan both offer refreshingly inclusive takes on the genre. The classic Dark Sun setting for AD&D 2nd edition also deserves a hefty nod for introducing the sun-baked world of Athas to the D&D canon.

Imagine your favorite fantasy tropes with a sneer, a punk rock attitude, more cursing and BAM you’ve got Mythpunk! From the countryside to the far-flung expanses of space classic examples of this mash-up of fantasy and grimdark reality include the seminal RPG’s Shadowrun and the Warhammer 40k franchise , the super creepy/lovely film Pan’s Labyrinth, and the widely and deservedly praised graphic novel series Fables and Poison Elves. I know, I know: we said no elves. We lied!

Magic is real, but it’s largely unseen. Monsters hide in the shadow and plain sight while the waking world goes about their business, and only a select view can pierce the veil and see things as they truly are. The Urban Fantasy genre has a HUGE depth and breadth of material available to the willing consumer, though it’s easy to point out some of the most iconic examples: Neil Gaiman’s media sensation Neverwhere, the World of Darkness franchise (Vampires and werewolves and mages, OH MY!), and the classic TV adaptation of Beauty and The Beast starring Ron “Hellboy” Perlman himself. 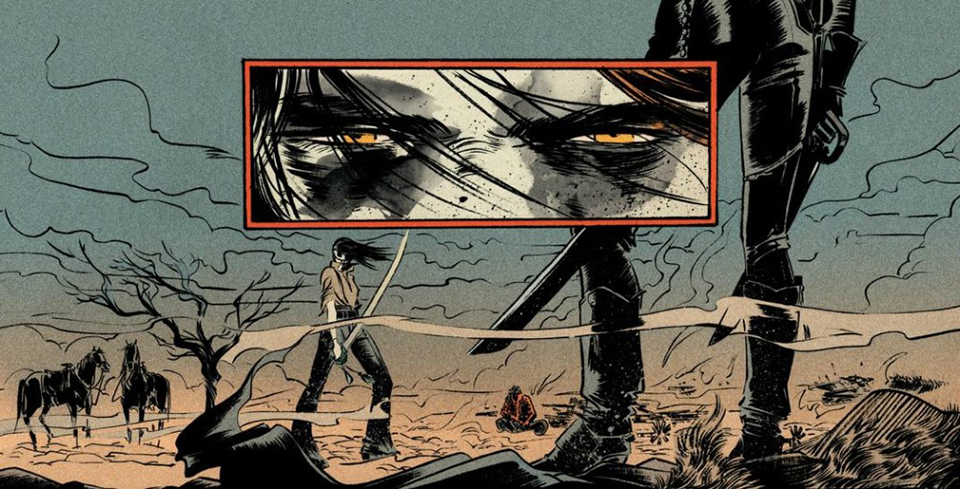 Mixing classic horror/magic tropes with tales of the American West, this is another sub-genre that is very, very well represented in pop-culture. Pinnacle Entertainment’s seminal RPG Deadlands has been going strong for almost 20 years, and shows no signs of stopping. Graphic novels Pretty Deadly and the recently ended The Sixth Gun, as well as multi-platform game Red Dead Redemption: Undead Nightmare all offer a dose of two-gun supernatural goodness.

This one encompasses a ton of different works, from comics to tv shows to old school point and click adventure games. What separates these works from their more serious counterparts? A firmly tongue-in-check sense of self and a love of the source material they’re lampooning. A steady steam of silly adventure has flowed from the ubiquitous Monty Python and The Knights of The Holy Grail to such works as: comics Knights of The Dinner Table and The Order of The Stick, the short lived musical comedy Galavant, and a TON of point-and-click adventures, not the least of which is the entire Monkey Island franchise.

All things considered, one of the most awesome things about living in the geeky place in history we do? The playing fields for storytelling and inclusion are wide open, and there is something for everyone.

These are just the tip of the iceberg! Have a story or series you want to add or a genre we didn’t cover you want to suggest? Let us know below!