Each week here at Geek & Sundry we’re taking a look at new and upcoming exciting titles on Kickstarter! This week’s Kickstarter of the week is  Tiny Epic Mechs, the latest in Gamelyn Games’ line of small boxes that provide a huge amount of fun. As of this writing, the Kickstarter has exceeded their $15,000 funding goal and is nearly at $500,000. The campaign runs until October 5, 2018.

The newest Tiny Epic game takes players to the year 3030, when people are entertained by Mechanized Entertainment Combat Heroes (M.E.C.H.) battles. Featuring the popular ITEMeeples where players add weapons and other items directly onto their meeples, Tiny Epic Mechs is a competitive, arena-style game. You’ll pick up weapons during the battle royale and you’ll be able to place your meeple into one of the ultra-cool mech armor suits!

Like the other games in the Tiny Epic series, Tiny Epic Mechs packs a lot of gameplay into an easily transportable box. This player-versus-player programming game is for 1-4 players and is a free-for-all battle royale to the finish.

Played over six rounds, each player selects four of eight available actions to program. These move your character around the arena to collect resources and buy weapons. You’ll also deploy defensive turrets and place land mines to trap your opponents. Everybody has power armor, but only the best of the best will be able to wear the coveted Mech Suit. 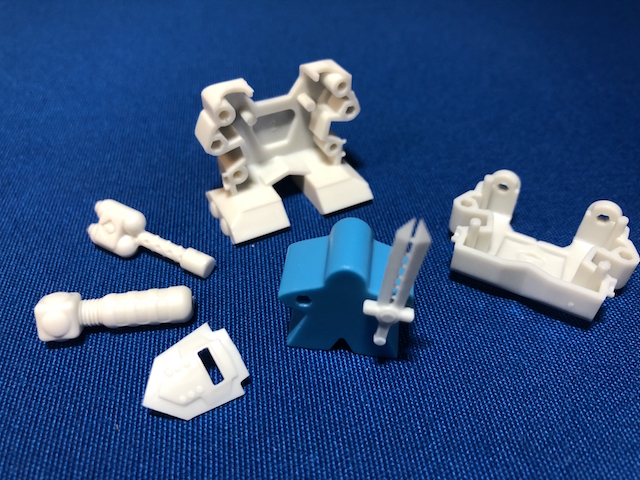 Any time you cross paths with an opponent, combat ensues. Using the weapons you’ve collected, you and your opponent go at it until only one is left standing, or until the other decides to retreat. The more damage you deal, the more favor you’ll gain with the audience.

Victory points are scored every other round based on area control and who controls a Mech. You’ll also score points for every weapon in your possession at the end of the game.

Tiny Epic Mechs is chock full of goodies, from the zone cards that make up the game board to those amazing ITEMeeples and weapons. Pilot, programming, and power suit cards will help you in your battles and there are plenty of wooden tokens for tracking stats and scoring points. All-new weapons are available for your ITEMeeples, from a flamethrower to a plasma cannon, with cards for basic and advanced weapons. 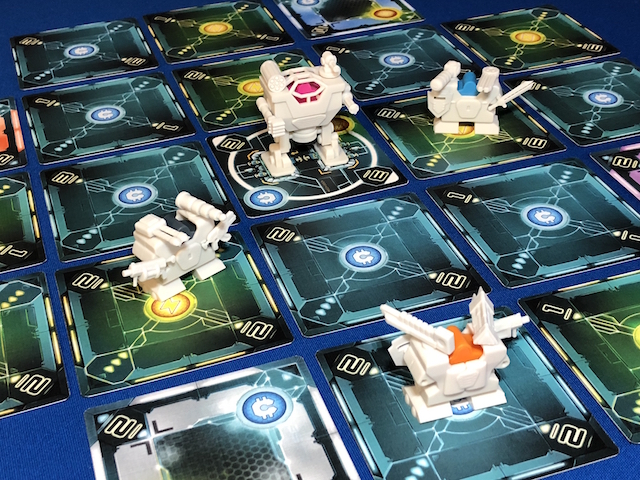 And like the other games in the Tiny Epic series, Tiny Epic Mechs comes with a solo game built into the rules. Can’t get your regular group together or want to practice your game-winning strategies? Then the solo game is for you.

The Deluxe version also contains extra cards and a mini-expansion; it will not be released into regular distribution and will only be available at future conventions and directly from Gamelyn Games.

Ripley herself would feel safe in this suit from any alien attack.

Do you love any of the TINY EPIC games? Tell us which one is your favorite in the comments! And if you want to stay tuned into what’s going on in the world of tabletop, be sure to tune in to  Game The Game every Wednesday starting at 4 PM PT on  Twitch and  Alpha.