More Digital Games That Won't Have You Searching For Pieces - Nerdist

More Digital Games That Won’t Have You Searching For Pieces

When you can’t find a partner to sit down with you at the table at 2AM on a sleepless night, or you’re facing a cramped cross-country flight or long road trip, board game apps can come to your rescue. And, unlike their physical counterparts, you don’t have to worry about feeling around the grimy airplane carpet for fallen pieces.

Here are five more digital board games for those times when you don’t actually have a table but can still experience the fun of the tabletop. 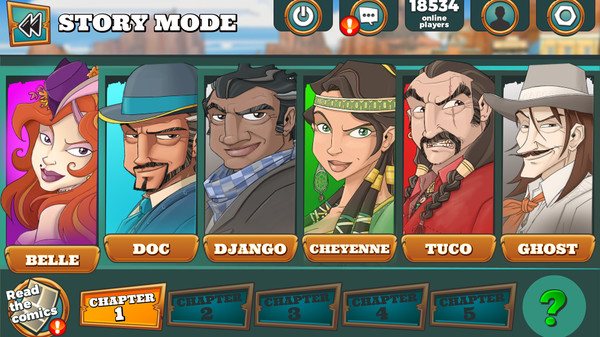 Even the smallest of smart devices can pull off huge train robberies thanks to the Colt Express app. Packed with personality and a Western theme, you’ll feel like you’re right in the dusty action as you plot and scheme your way into stealing the most loot.

Play solo in story mode or multiplayer with other players worldwide, but either way, you’ll have to outsmart your fellow bandits. On each turn, you’ll plot your next move, whether it’s jumping from train car to train car or picking a passenger to rob. But your competitors are picking their next moves, too… Who will get rich quick, and who will get caught?

Onirim is a solitaire card game in which you attempt to discover doors to escape a dreamlike labyrinth. Match the card colors and the correct symbols to discover a door, and pay close attention to the cards you have left in your deck. If you don’t play your cards right and the deck runs out before you find all eight doors, you could be doomed to wander the labyrinth forever.

And be careful, because your dream is also plagued by nightmares. Decide how to best get rid of the nightmare, but make sure your choices don’t leave you trapped in a dream for eternity. 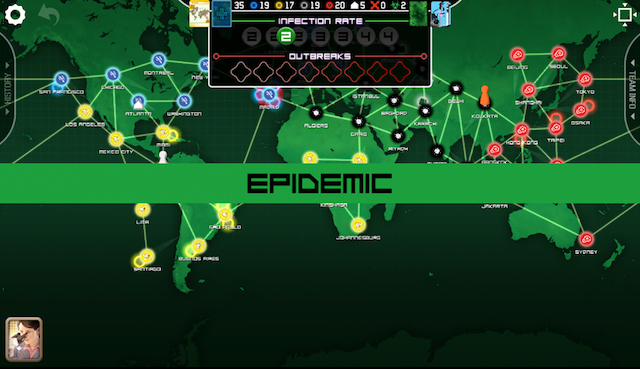 In this intense cooperative game, you and your team are racing against time to stop four diseases from ravaging the populace. Players can select a character with specific abilities, and then choose where best to spend their efforts: Treating a diseased area, traveling to a city, and more. Even if you’ve never played the board game before, a robust tutorial and the ability to set the difficulty can ease you into learning the ropes.

You can play solo, online, or pass and play with the friends you trust with saving humanity. As the outbreak spreads to cities across the globe and an epidemic looms, you’ll have to work together to eradicate it. Pandemic is a slightly stressful and completely enjoyable board game app. 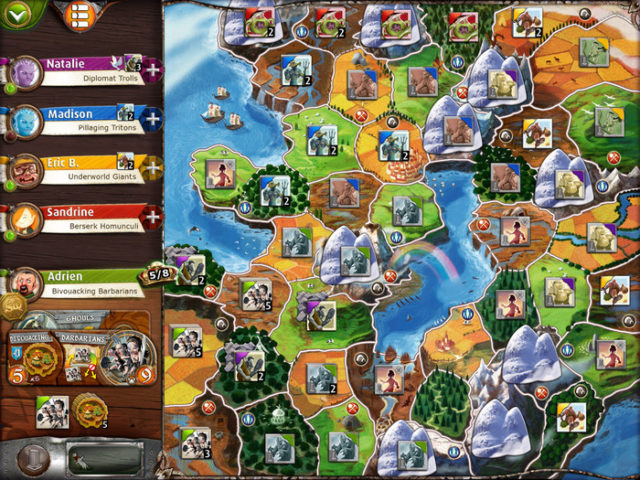 Master Glandulf is ready to give you a lesson in world domination in the fantasy-themed Small World 2. Begin by choosing an available race and special ability combination, selected randomly at the start of the game. Then it’s up to you to begin taking over the world by traveling from adjacent region to region and distributing your troops to claim them. If your enemies overwhelm your troops and occupied areas, you can abandon them, choose another combo, and begin your march to conquer again.

Earn the most victory coins by conquering regions on the map and spending wisely to win it all. 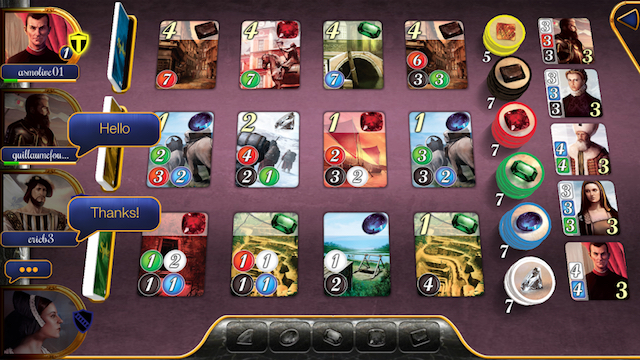 Collect gems to earn prestige points in this digital version of the hit game Splendor. In this set collection game, you’re a rich merchant looking to acquire gems to create desirable goods. Spend your gems wisely on development cards and win nobles’ favors to earn prestige. You must win the most prestige among your fellow merchants to be the victor.

On your turn you can take gem tokens, reserve a development card, or purchase a card with the gems you’ve acquired. Cards you’ve bought give you a bonus on future purchases. Bonuses can also be used to earn a Noble tile card. With enough gems, assets, and nobles on your side, you’ll to outwit and outmaneuver your fellow merchants to win. Solo, pass and play, and multiplayer modes are available, along with an exclusive challenge system just for the digital app.

Which apps do you play in a pinch? Tell us in the comments.