Cows can really whiz. A superfluous observation, except for the fact that when bovines urinate, they shoot out nitrogen that can combine with feces to become ammonia. When this ammonia is mixed with soil, it forms nitrous oxide. Nitrous oxide is a greenhouse gas. These cow consequences can lead to acid rain and other environmental issues. Now, a team of scientists says it may have a way to cut down on the amount of acid rain-causing cow urine in the world… With some cow potty training and a “MooLoo” latrine. 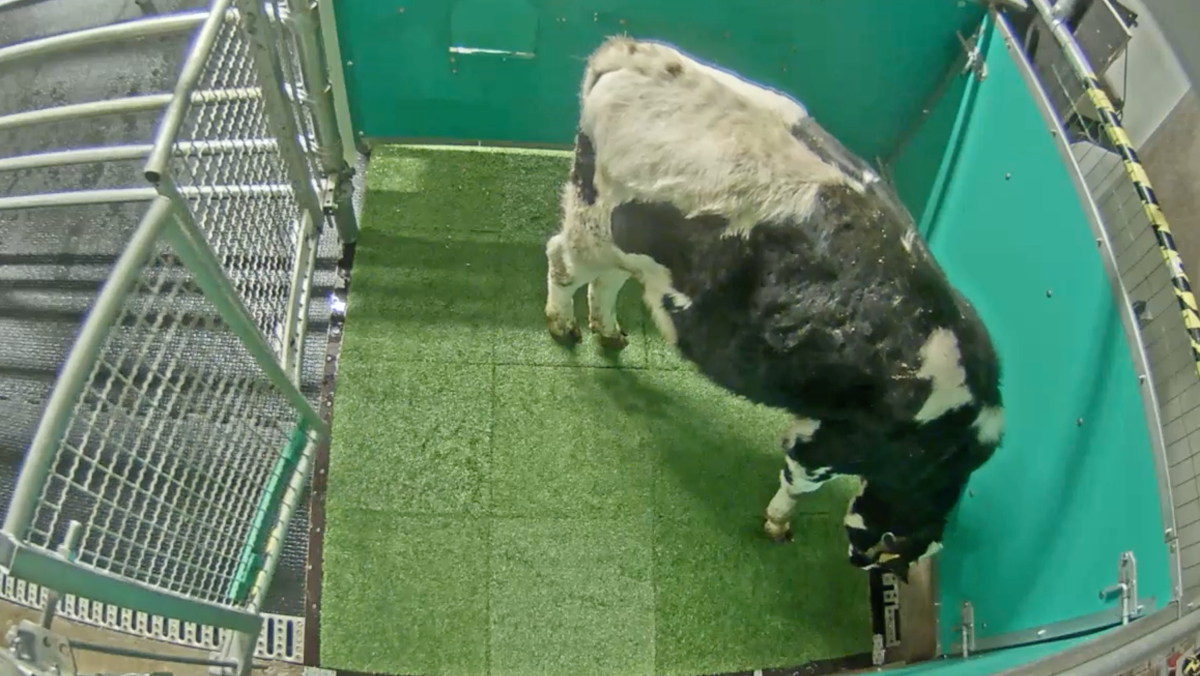 CNN reported on the scientists’ potty training experiment, which they undertook in Germany. Lindsay Matthews, an animal behavioral scientist at New Zealand’s University of Auckland, led the team. Together, these scientists aimed to find out if training cows to urinate in specific spots is feasible. (An idea bloomed from a half-joking question on a New Zealand radio talk show regarding livestock waste disposal.)

In the video below, which SWNS posted to YouTube, the scientists offer a look at their MooLoo facility. They show viewers their jumbo latrine with stalls large enough to fit cows. We watch as a cow enters one of the stalls then proceeds to urinate right into a square of astroturf. Incidentally, if you haven’t had enough coffee yet to handle watching a peeing cow, suffice to say, the animal goes in the right spot.

“The cows are at least as good as children, age 2 to 4 years, at least as quick,” Matthews said in a press release. The scientists point out that “toileting” requires significant self-control.  “A complex chain of behaviors” is also required. This includes awareness of bladder fullness. The scientists produced all these activities thanks to simple rewards. Molasses and cold water go a long way with cows.

Ultimately, it seems the goal is to scale the experiment to other locations. Matthews and her colleagues outline some of their successes with cow potty training in the journal Current Biology. They do also note some limitations. These include the use of diuretics to encourage the cows to urinate. And also the fact that cows still don’t poop in the MooLoo. Which is a whole other pile of cow-related environmental issues.