The Power of MONSTERLAND's Story About Abortion - Nerdist

The Power of MONSTERLAND’s Story About Abortion

Content warning: The following contains a graphic description of an unsafe abortion.

Toni leads a bleak life in the decaying spit of a Louisiana town called Port Fourchon. The ashen landscape and defeated figures around her conjure the taste of metal and the smell of manufacturing smoke. Played by Kaitlin Dever, Toni waits tables in a diner seemingly stationed at the end of the world. A rat snaps its neck in a trap on the dingy diner floor. Toni’s coworker throws the rat, still squeaking, into a mop bucket and says, through a cloud of cigarette smoke and with about as much enthusiasm as the mop itself, “Let it drown.” At the same time, Toni recalls an earlier scene of strangling and drowning: her daughter, Jack, beats against her and shrieks in protest of bath time.

Hulu’s Monsterland premiere opens with the shock of a strangling and makes sure the rest of the episode is a smothering chokehold that mirrors the life of its desperate protagonist, Toni, and presents expertly-woven commentary on the realities of living without access to abortion.

In flashbacks Toni rides a bike beneath a pink sunset, her eyelids painted with pink eyeshadow. She revisits a peach-pink bedroom where she and two friends hatch a plan. They lay a towel down. Toni removes her pants and thin pink panties, and another girl tells her she must hold very still. Then Toni spreads her legs beneath a towel, and the girl prepares an ice pick with alcohol. Toni breathes through her teeth and cries out for it to stop. In today’s America, Roe v. Wade is once again at risk; thousands already do not have access to a safe and legal abortion. Toni’s story transcends monster tales to become a harrowing peek into desperation and the power of choice. 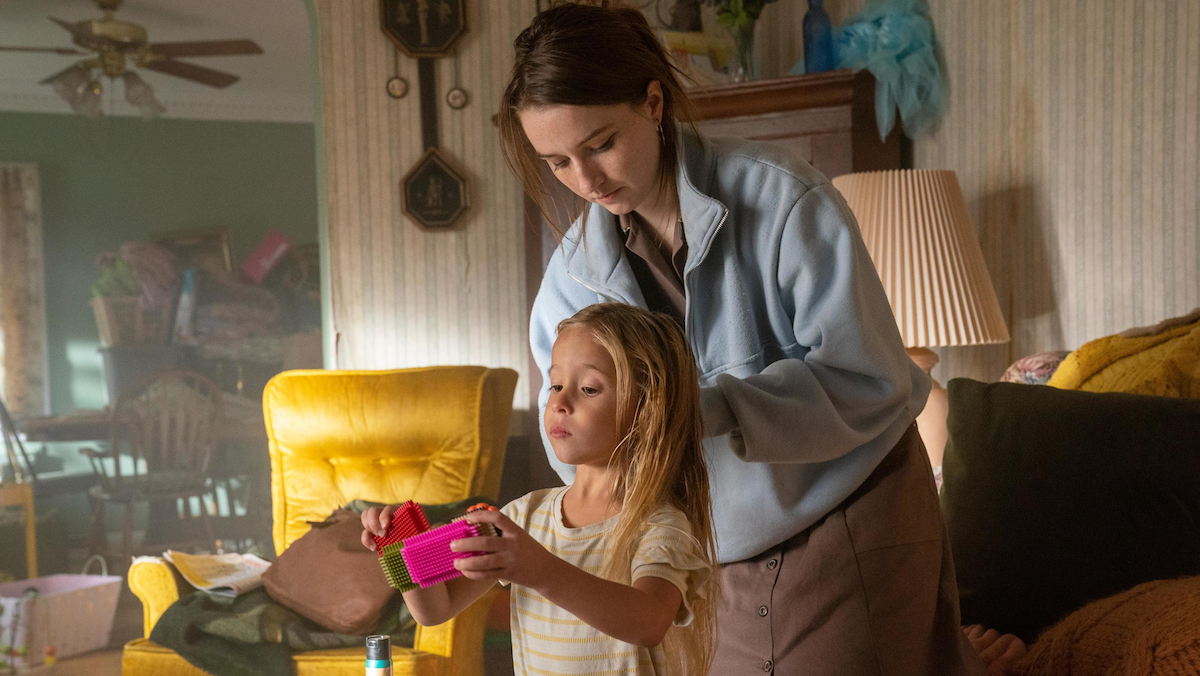 In the diner, Toni meets an enigmatic stranger. Unaware that he is anything more than odd and imposing, she agrees to speak to him, desperate for the crisp hundred dollar bill he lays on the table in exchange for conversation. “When you’re born, when you a little baby, there’s a million you’s you could be,” she tells him. “And then you start going through life, and you make this choice, that one, this one. And one by one those versions sort of go off. Like they die in a sort of way. And finally,” she drawls, ”you end up who you is.”

In having Jack, Toni killed all the other versions of herself. The pink, youthful, hopeful Toni. She saddled herself with Jack, who she says is messed up because “she knows no one want her.” Later, Toni discovers that the mysterious man from the diner is not only a murderer, but a shapeshifting monster who wears the skins of his victims like a suit. Lives, so many lives and possibilities, all wrapped in shoe boxes in the trunk of his beat up station wagon. The thought sickens Toni as she watches the monster remove his face. But for a moment, the creature before her offers the shimmering specter of a choice in Toni’s gray, hopeless world.

Monsterland’s brilliance lies in this moment. Toni’s life is both a terrifying monster story and an allegory about how the inability to choose slowly drowns and strangles young women. It is both classic horror and entirely new, as it uses the question at the very heart of all monster horror to examine a disturbingly timely problem. Who is the true monster: the skin-jockey for taking and wearing people’s skins, or Toni, who sees this as a solution to her life’s problems? 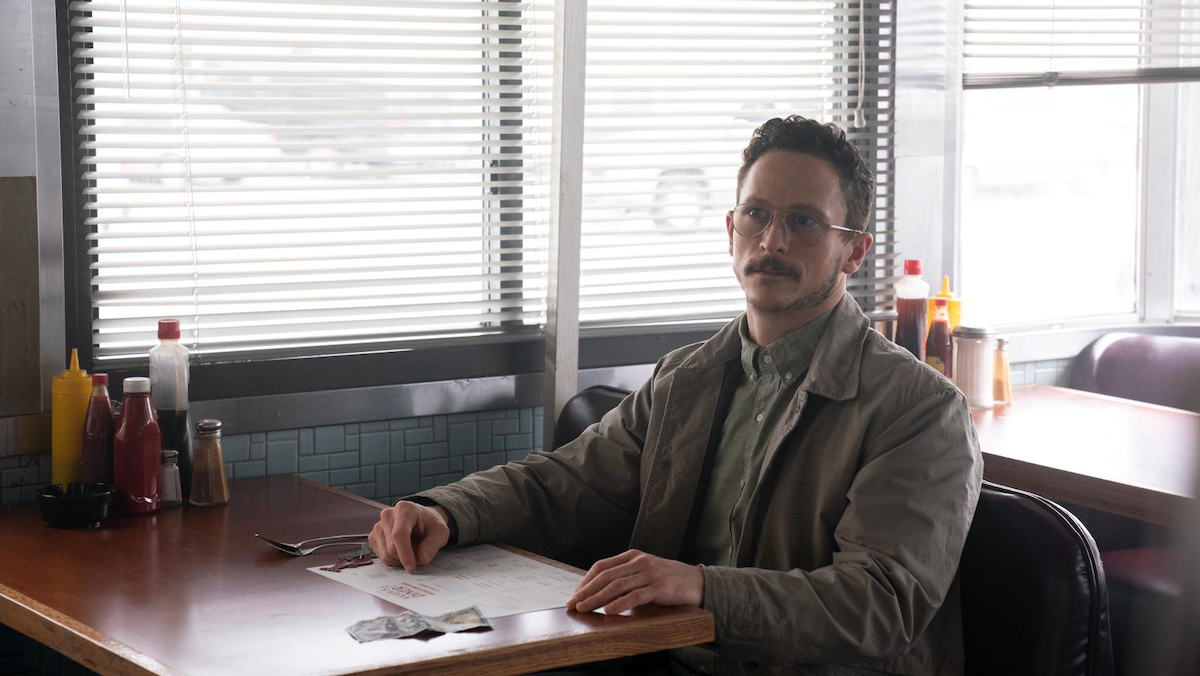 Toni and the shapeshifter share the desire to choose a life, a different version of themselves. As Toni snatches a choice from the jaws of terror, the light shines pink through her kitchen window. The monster wears a different skin, and tells her of a darker figure: Mr. Grey. A hooded figure with rings on every bony finger of his withered hands, he roams the country searching for young victims whose lives he can steal. Mr. Grey is the embodiment of the gray that asphyxiates Toni. Far less passive than her slate-gray environment, Mr. Grey is a hunter, and Toni and others like her are potential prey.

With Mr. Grey, Monsterland makes it clear that the life smothering Toni is more than just her surroundings. It is an entity that seeks actively to consume lives. Louisiana, from where Toni decides she must escape, has some of the strictest abortion laws on the books, and only three clinics in the entire state that can perform abortions. Mr. Grey, as an entity, is the manifestation of the crushing destiny that closes its liver-spotted hands around young throats and turns pink to ash by turning choice and possibility into compulsion and grim fate.

Toni packs Jack into the car and heads out of Port Fourchon. They choose new names; Toni lies about her identity, her job, and claims she has a husband. As she settles into the skin of the new identity she has crafted, Jack cries out in another screaming fit. Here, Toni must make the decision her cryptid friend has made time and time again. She must choose to shatter one life so that she may claim one for herself. Toni places Jack in the back of a stranger’s car, and watches as the woman discovers the sleeping child in her back seat. Toni drives off, clearing tears from her eyes and breathing sighs of guilt and relief. 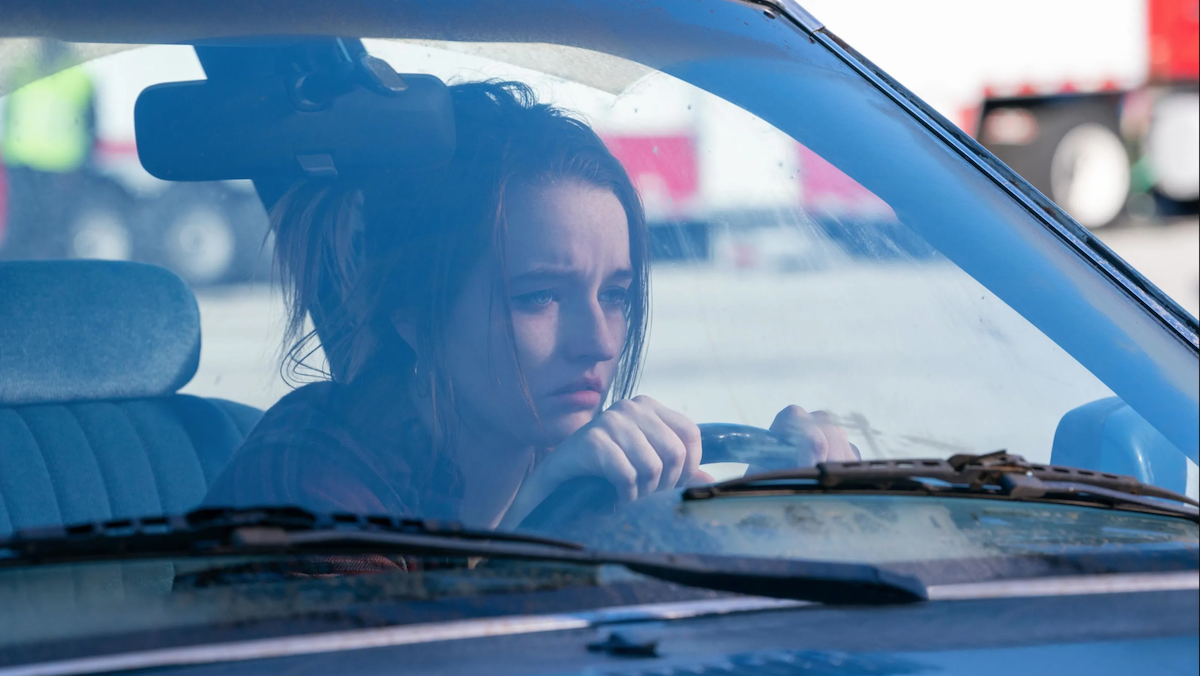 Throughout the series, Toni becomes one of the only recurring characters in a series of disconnected stories. Each time she has a new name, a new backstory, a new life, all without Jack. She ruminates over her decision to abandon Jack even as she appears in the very last episode, looking very much like her former self. She is once again a waitress in a lonely greasy spoon diner.

Even after chasing the pink light of hope, Toni ends up a guilt-ridden impostor who wonders what might have been. Here again is a lesson on the importance of choice. For people forced to become mothers, there is no true chance at claiming a new life in which they are not someone’s mother. All choices Toni makes after Jack is born she makes as a mother who resents her child, and then as a mother who has abandoned her child. As Toni says to her shapeshifting acquaintance, “Finally, you end up who you is.”

Monsterland is a timely examination of the lack of agency women experience when forced to have and raise children who result from an unplanned pregnancy. Without access to a safe abortion, the only choices left to Toni are monstrous: a dangerous amateur abortion, or the abandonment of Jack. Toni cannot go back in time to before she became pregnant and make different choices. Her plight highlights the importance of safe and legal abortion as a life-altering and necessary option that allows women to hold their futures firmly in their own hands.