Capcom’s Monster Hunter video games bring a wide world of creatures to life… most of them rather terrifying. In order to make an accurate adaptation, the new Monster Hunter movie had to successfully translate those beasts from video game pixels to the screen. The film is available digitally today and we have an exclusive look at a clip from the bonus content featurette “Monsters.” Writer and director Paul W.S. Anderson explains how they developed some of the many creatures Captain Natalie Artemis (Milla Jovovich) and Hunter (Tony Jaa) battle in the movie.

We cannot get enough of the Meowscular Chef, a Palico who first appeared in Monster Hunter: World.

Anderson explains how the landscapes being practical assisted the animators. He says, “One of the great things about these landscapes is they add reality to the monsters.” And you can see in the clip how the monsters do look like they belong in the environment even though they’re computer generated. However, they do have real aspects in some cases. For the Black Diablos, the crew built a one to one model of the top of the Black Diablos’ head, which was mounted on a motion rig for the actors to perform upon.

Jovoich appears in the above clip and points out her favorite monster is the Rathalos. That one is the largest creature in the film. Anderson prefers the Nerscylla, a cross between an alien and a giant spider. And he looks at other monsters in the featurette as well. We get a look at the Diablos, who is absolutely massive. Then there’s the Remobra and the Gore Magala. Last not but least, the Palico known as the Meowscular Chef. 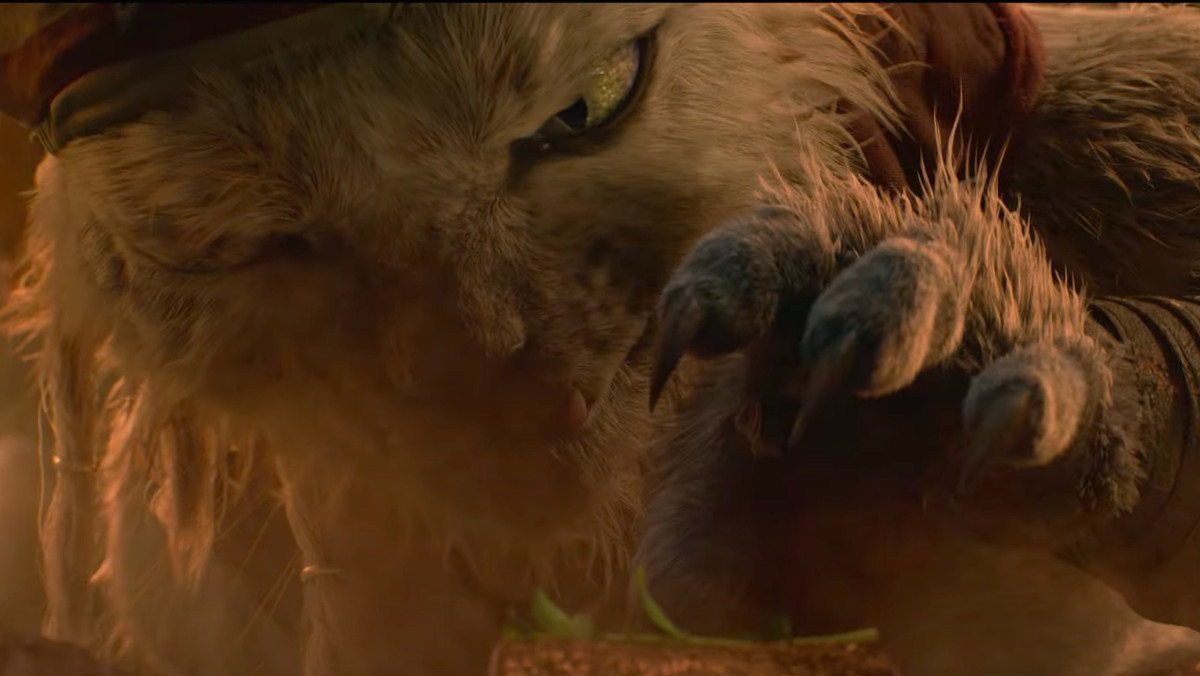 Monster Hunter is available on digital February 16 and on 4K UHD, Blu-ray and DVD March 2.