As the old saying goes, M&Ms “melt in your mouth, not in your hand.” And that’s a mighty shame; imagine a world in which we got to observe the mesmerizing dissolution of the candy-coated treats on the reg. Luckily, we have just such an opportunity in the form of a new YouTube video. The “Another Perspective” YouTube channel has produced a video showcasing M&Ms melting slowly and up-close in containers of water. While that description may sound like a drag, the show in question is really quite a treat for the eyes. See for yourself in the video just below, which we first spotted over at Laughing Squid.

The video manages a tremendous vantage point of the dissolving chocolates; Another Perspective’s camera holds tight on their crumbling shells as they give way to the merciless whim of Poseidon. As the video carries on, it shows off increasingly creative shots of the decaying sweets.

Although this narrative may in one fashion spell doom for the M&Ms, in another it presents something kind of beautiful. For, the story in the video is not so much one of destruction. Instead, it marks a story of M&M and water becoming one. Infinite strands of being spindle outward from the sugary nucleus into the water around it. Eventually, there becomes no real distinction between one and the other. Such is the grand tapestry of life for us all. (But it’s better here because M&Ms are pretty bright colors.) 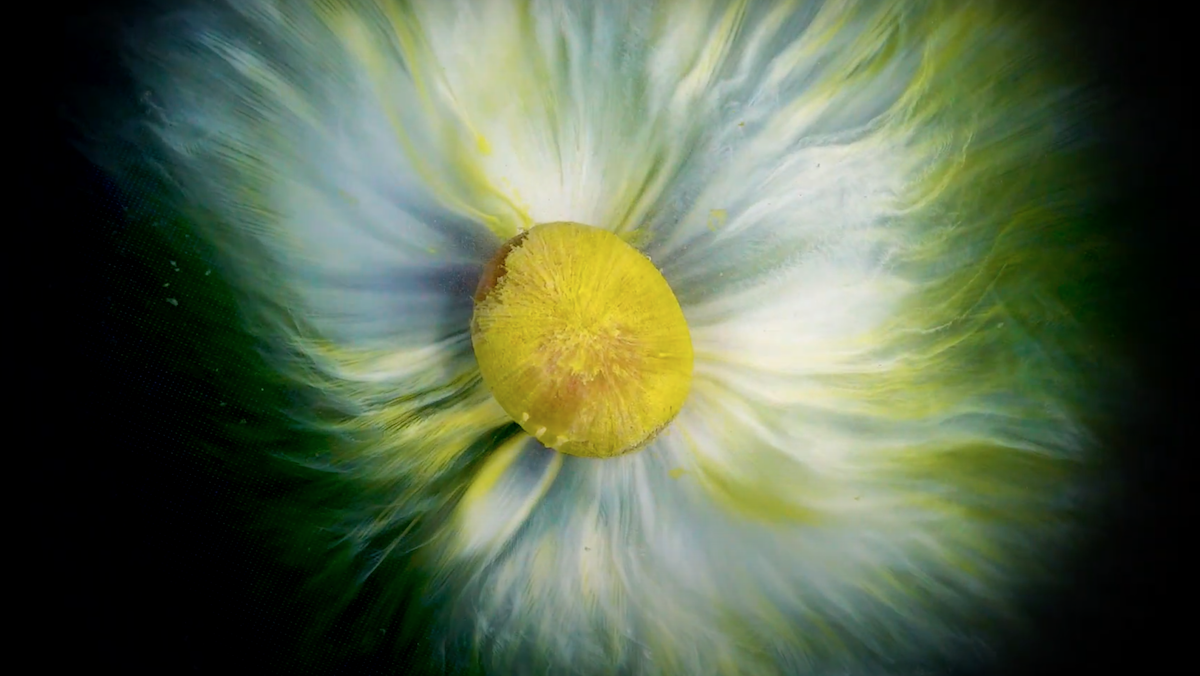 And frankly, it’s not as though the M&Ms themselves haven’t wholly embraced the macabre before.

Another Perspective has produced a handful of videos of the like; in February, we caught eye of their demonstration of snowflakes melting in reverse. A quick trip over to their YouTube hub presents a slew of interesting videos, with subjects ranging from bugs hatching to soap bubbles freezing.