Someone Compiled Every Color of Mister Rogers' Cardigans - Nerdist

Someone Compiled Every Color of Mister Rogers’ Cardigans

Fred Rogers has been an American symbol of kindness and compassion since 1969, when Mister Roger’s Neighborhood first debuted on PBS. And from the get-go, Fred Rogers’ many cardigans became a staple of the show’s visual iconography. For over 895 episodes, Rogers would walk in the door, take off his sport coat, and pull a cardigan out of the closet. It was a ritual that was meant to instruct his audience of children on the concept of a routine.

happy birthday Mister Rogers. here's every color of cardigan he wore on the show presented in chronological order#rstats pic.twitter.com/DJBNcxZRTv

Over three decades of episodes, Mister Rogers wore nearly ever color of cardigan under the sun. And now, via Boing Boing, we’ve learned that someone out there has made a visual chart showing off every one of those colors worn by Fred Rogers on the show. And it’s a lot.  Twitter user Owen Llewellyn Henry Jean Phillips posted the image on March 20, on what would have been Mister Rogers’ ninety-third birthday. There’s even prints of this image now for sale. 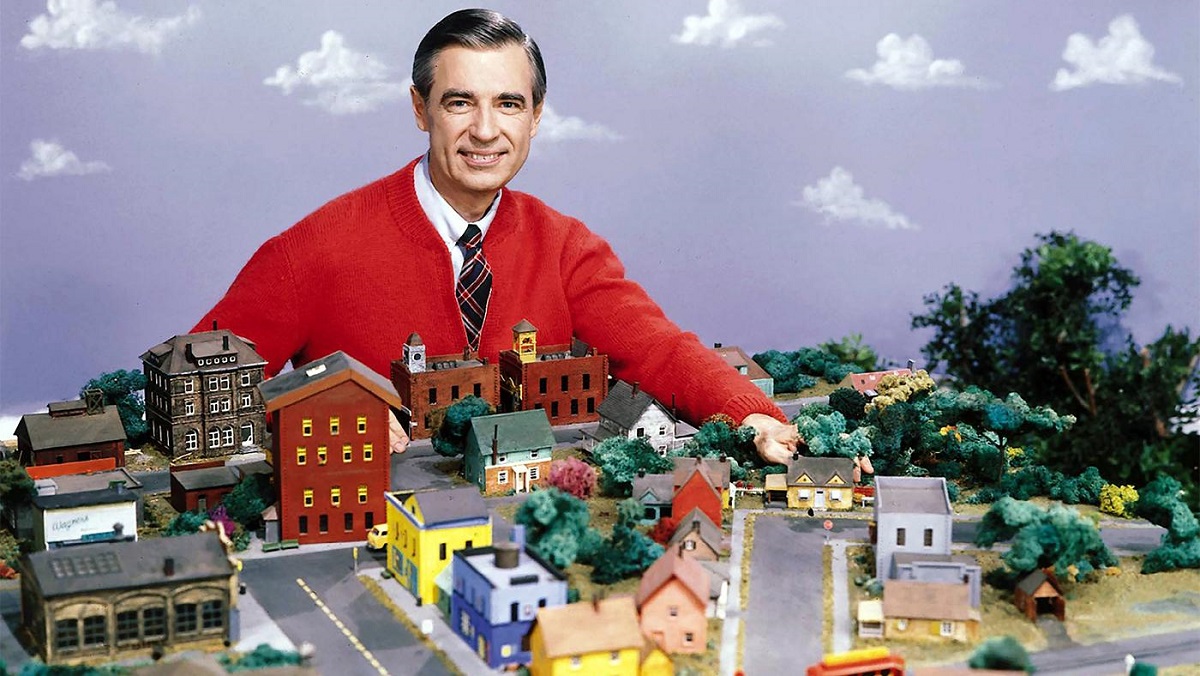 So where did all of those cardigan sweaters come from? It’s the most wholesome answer possible. Fred Rogers’ mother actually knits most of them. In an interview, Rogers once recalled that his mother knit a sweater for him almost once every month. And he’d also get another one for Christmas that year. When she passes away in 1981, the producers of Mister Rogers Neighborhood have to get creative. The art director then had to hand-dye plain white cardigans purchased directly from a manufacturer. All so Mister Rogers would maintain his variety of colored cardigans.

The cardigan sweater is so much a part of what we collectively think of when we think of Mister Rogers. So much so that when Tom Hanks puts it on in Won’t You Be My Neighbor?, we instantly see him as the real thing. Despite the fact that Hanks looks nothing like Fred Rogers in real life. That’s how much those cardigan sweaters contribute to what we think of when we visualize Mister Rogers to this very day.