This 'Miniature Marble Machine' Is an Endless Loop of Fun - Nerdist

This ‘Miniature Marble Machine’ Is an Endless Loop of Fun

Netherlands-based YouTuber and “designer of prototypical machines” Daniel de Bruin posted a pair of videos featuring a “miniature marble machine” – and the little contraption is mesmerizing. It’s a one-off build but it’s easy to imagine anybody with a penchant for zen moments and enough desk space buying one of these. (Just saying, Daniel.)

De Bruin made the tiny marble track to celebrate his YouTube channel reaching 40,000 subscribers—because what says “thank you” more than a tiny machine that repeats the same action again and again? Other than exploding colored balls out of trash cans in a parking lot, of course.

Aside from the machine proving to be endlessly entertaining, it’s also shockingly small. On Instagram, de Bruin noted that the “Infinite loop enabled” machine is so small, in fact, that it can fit in the palm of one’s hand. Thankfully, the prototype builder also provided a banana for scale at one point to get a sense in terms of SBU or Standard Banana Units. SBU is not a real thing, by the way, but it absolutely should be. 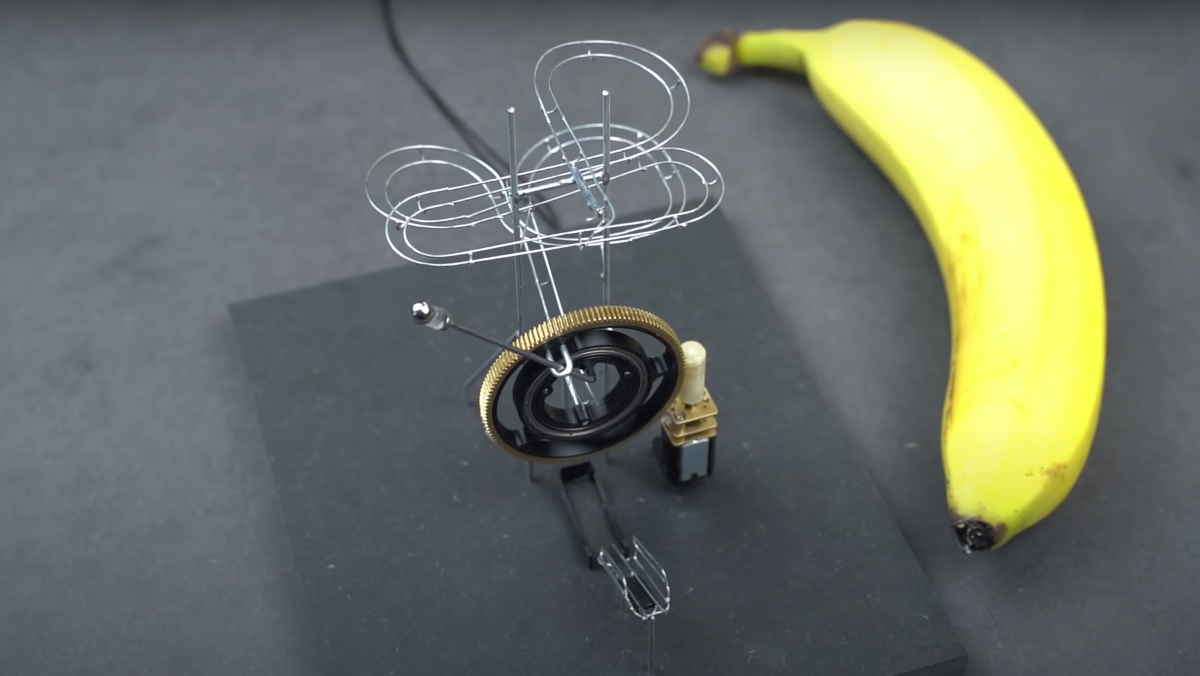 It ultimately took de Bruin five days to build the tiny ball machine, which was “waaaaay longer” than he anticipated. He noted that this was due to the fact that a small mistake in setting up the contraption’s rails meant the ball wouldn’t stay on the track. That’s a problem that sounds just about as frustrating as they come. All the more reason to have some kind of endless zen machine available for retail so normies can purchase it.

What do you think about Daniel de Bruin’s miniature marble machine? Is this one of the most satisfying little thermodynamic systems you’ve ever seen, or are you more into goofy Rube Goldberg machines? Let us know your thoughts in the comments!