This Miniature Game Boy Clone Could Be Played by Bugs - Nerdist

This Miniature Game Boy Clone Could Be Played by Bugs

The Game Boy arrived in stores in 1989. This wasn’t the first time anyone could carry an electronic game around; Mattel Auto Race, the first handheld game, had come out in 1976. Still, Nintendo’s portable console changed the industry forever. Boasting a longer battery life and a slew of titles from an already beloved developer, its release marked a major moment in the history of gaming. All from a device that could fit in your pocket.

Of course, in 2021, that original 8-bit system seems quaint. However, it’s not as quaint as a very special model that celebrates that important handheld device by embracing the oversized importance of its diminutive nature. This miniature Game Boy clone doesn’t even measure an inch long. Yet you can still play it.

Kevin Bates has created the Arduboy Nano (which we first came across at Gizmodo). It’s what he calls “the world’s smallest open source video game system.” At just 26mm long, it would be hard to find a system any smaller. That’s not even as big as most keychains (which is where you’d need to keep yours if you didn’t want to lose it). The entire device isn’t even as wide as a quarter!

The fully-functioning system uses features a 0.49″ OLED display with 64×32 pixels. The whole thing is powered by the same micro-controller found in Bates’ full-sizes, open-sourced, Arduino-based Arduboy copy of the Game Boy system. “All of the pinouts remain the same” in this miniature version, “although the display uses i2c protocol and less pixels.” However, he says, “All of the existing games are code compatible,” so you can play all the same games you can on his normal-sized version. Which is great, since so many people have already developed games for his original Arduboy. 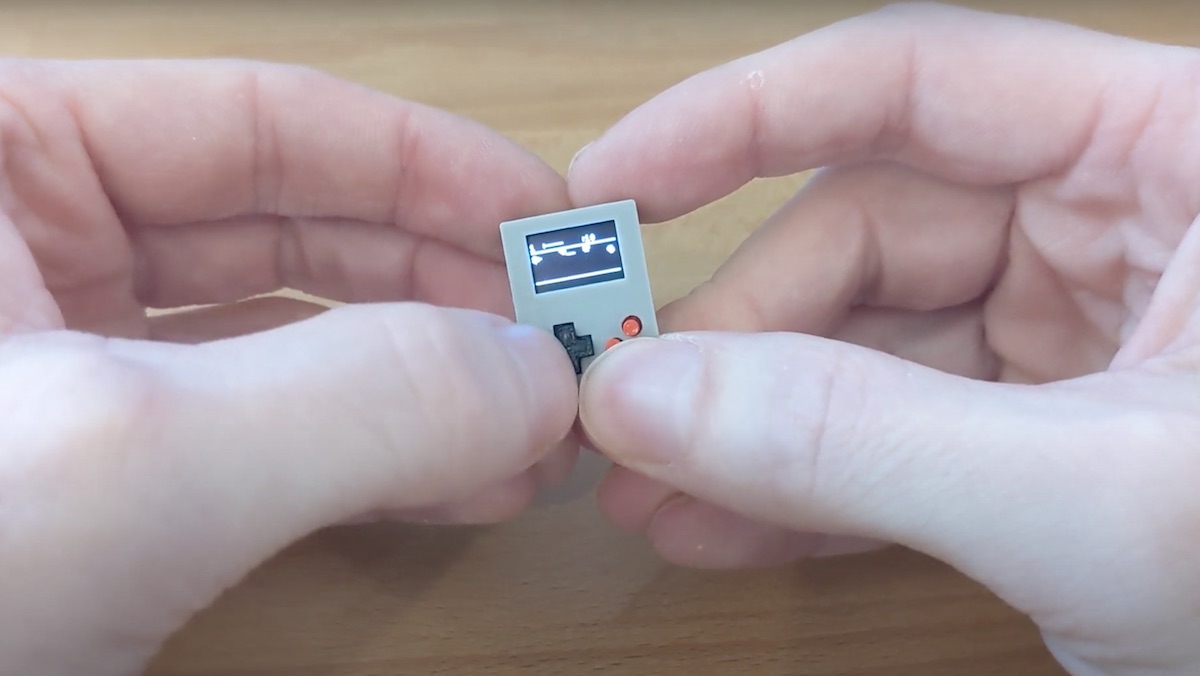 The Arduboy Nano uses a 25mAh lithium polymer battery, which provides “a little more than an hour” of play. And while it even has an itsy-bitsy 15mm piezo speaker, its size results in a sound that “is very quiet.”

You can learn more about the system’s construction and history at Bates’ page for the Arduboy Nano. It includes making-of photos that show how complex this little system is. It also highlights how, even after all these years, the Game Boy is finding new ways to impress. For a tiny machine, it has always packed a big punch.