Mike Schur‘s television résumé is pretty unimpeachable. After serving as a producer and writer on The Office, he went on to create (or co-create) three more of our favorite shows. He is responsible for Parks and Recreation, Brooklyn Nine-Nine, and  The Good Place. Easy to see why we’re always excited for anything and everything he makes. Now he’s returning to TV with another sitcom, Rutherford Falls. The Peacock series will explore what happens when small town problems become a big deal. Additionally, this comedy is dedicated to increasing Native American representation both in front of and behind the camera.

“A small town in the Northeast and the Native American reservation it borders are turned upside down when local legend and town namesake, Nathan Rutherford, fights the moving of a historical statue.”

Rutherford Falls stars Ed Helms as Nathan Rutherford; Helms also co-created the series and serves as an executive producer. Jana Schmieding stars opposite him as Reagan Wells; Nathan and Reagan are “two lifelong best friends” who suddenly “find themselves at a crossroads—quite literally—when their sleepy town gets an unexpected wakeup call.” This trailer also highlights the major role the Native American community will play on the show. 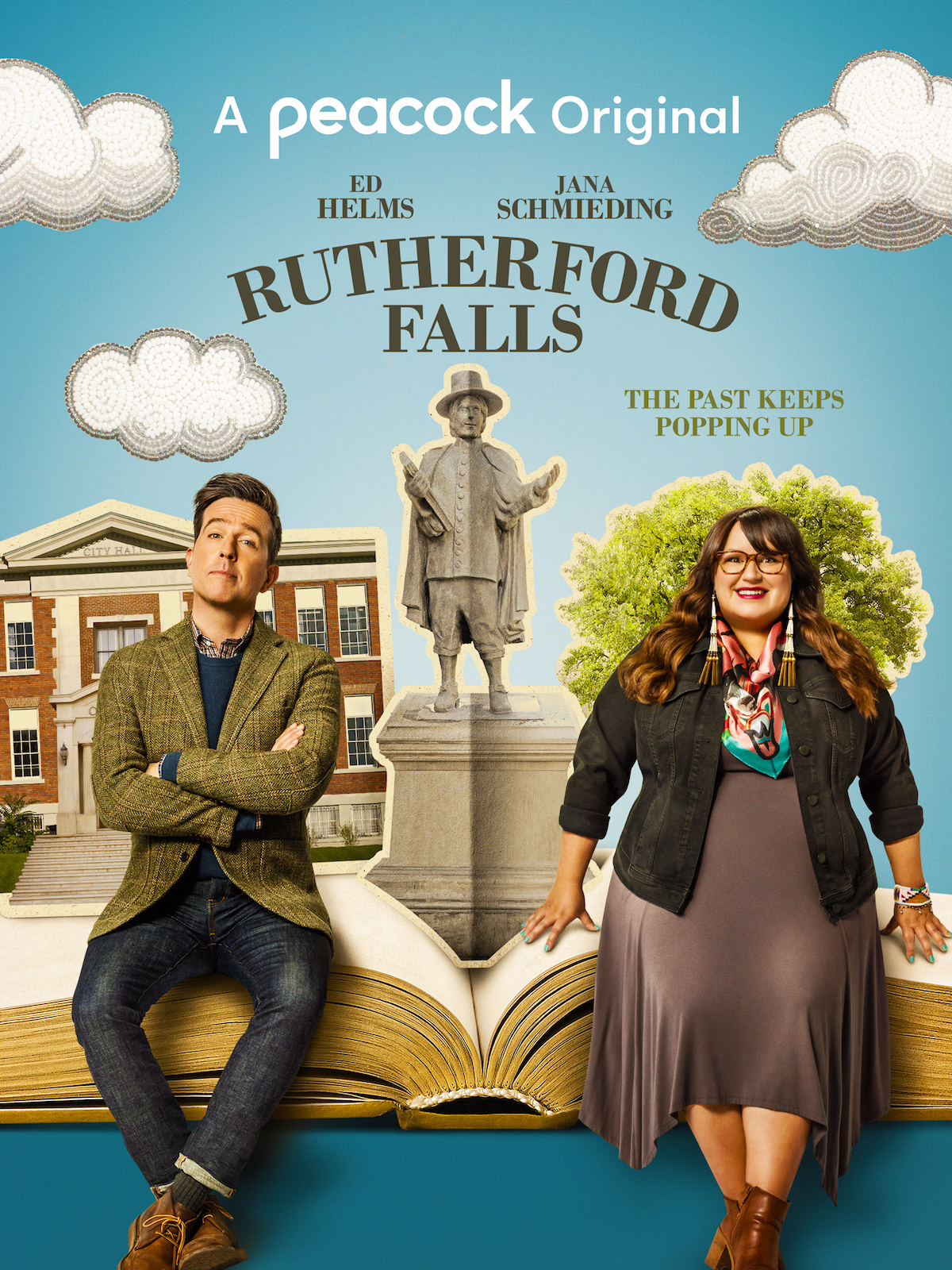 That will provide a perspective few major TV shows have offered to date. And since it’s a Mike Schur show, it will probably be hilarious and full of heart.

Rutherford Falls also stars Michael Greyeyes (I Know This Much Is True), Jesse Leigh (Heathers), and Dustin Milligan (Schitt’s Creek). It debuts on Peacock on April 22.