Mia Thermopolis and Elle Woods Actually Have a Lot in Common

In Summer 2001, Legally Blonde and The Princess Diaries made their debuts. The teen-centric films offered something different from the pervasive clueless guy or sex-obsessed teen tropes in late-’90s and early 2000s comedies. Both films delivered surprisingly strong box office numbers, numerous memorable scenes, and quotable lines. Fan devotion turned these films into all-out franchises, including spinoff movies, musicals, and expanded the audience for Meg Cabot’s beloved series of novels. Twenty years (and a nostalgic gaze) later, it’s easy to understand why these films and their protagonists continue to resonate with many. Elle Woods and Mia Thermopolis are very distinct characters; however, their journeys of female empowerment through self-acceptance have similar (and powerful) elements.

From the outside, Reese Witherspoon’s pink-clad, blonde, and peppy Elle Woods, and Anne Hathaway’s frizzy-haired, nerdy, and uncoordinated Mia Thermopolis appear to have little in common. Excuse me, I mean Amelia Mignonette Thermopolis Renaldi, Princess of Genovia. (She doesn’t become queen until The Princess Diaries 2.) 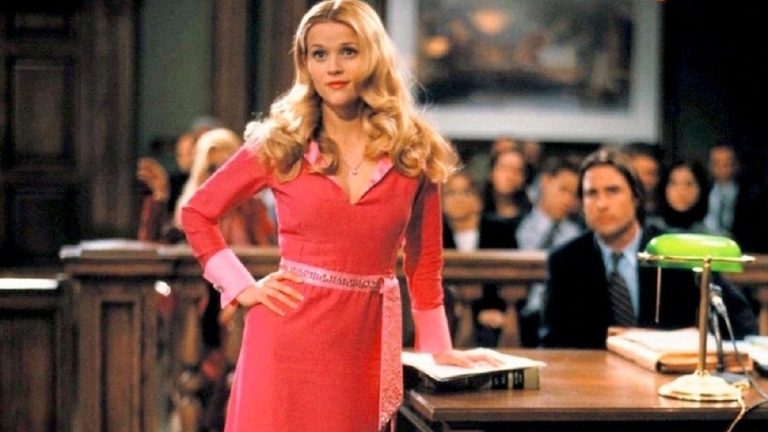 Elle is the epitome of confidence, coolness, positivity, and popularity. She’s initially presented as the stereotypical attractive California sorority girl, dumb blonde stereotype, a notion she dispels in the movie’s first ten minutes. Elle is acutely aware that she’s underestimated and stereotyped as a “spoiled rich girl” by everyone, including sales staff, advisors, and other students. In reality, she’s actually a nice person, unless she’s provoked by meanness. Elle relies on her internal drive to get into Harvard Law School, hoping to win her ex-boyfriend Warner back.

In The Princess Diaries, Mia is a teenager who just wants to get through high school unscathed, have her first rom-com foot popping kiss, and get her classic Mustang to run. Mia knows she’s not in with the popular crowd and has classic teenage disdain for her looks. She lets her best friend, Lily, boss her around and is oblivious that Michael, Lily’s older brother, has feelings for her. She constantly undervalues herself and is frequently bullied by the popular crowd and mean girl Lana. 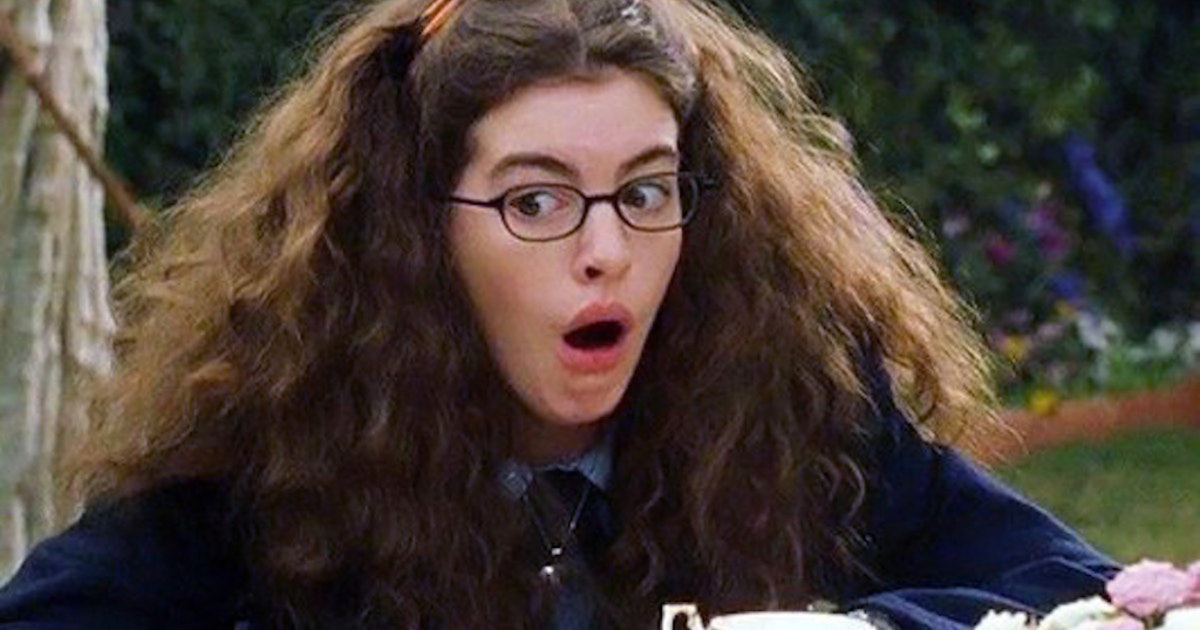 Mia’s world turns upside down when she discovers that she is royalty through her birth father’s bloodline. Her vaguely European grandmother a.k.a. the Genovian Queen Clarice, her mother, and Lily, all believe that Mia can be a princess and future ruler, but she is doubtful. She’s not where Elle is yet in terms of confidence; however, Elle is an adult while Mia is, in her own words, “still waiting for normal body parts to arrive!”

And yet Elle and Mia both find themselves in situations they’re not fully ready for. The academic rigor of Harvard Law school and rejection from intellectuals and “old money” students take Elle by surprise. To try to fit in, Elle discards her bright pinks and pastels for darker tones, and adopts a more classic East Coast look. As her clothing changes, and she proves her intelligence in class, she slowly gains a level of acceptance from most, including her professors.

Mia’s situation is not one she chose, but it is her choice whether to accept the title or not. While Elle’s challenge stems from external pressures, Mia’s challenge is internal. The crown is rightfully hers. But her lack of confidence, coordination, and regal poise makes her question whether Genovian citizens will accept her. Mia initially hides her newly discovered royalty from everyone, including her best friend. After others discover her secret, she briefly embraces popularity and accepts a date with her longtime crush. Of course, Mia learns that popularity and fantasy crushes rarely live up to reality. (This is a classic teen movie trope that will hopefully continue to fade.)

Elle and Mia react to their situations in a similar way. They lose their sense of self and letting others influence their identity and actions. This is quite easy for teens from any generation to relate to, whether it’s pressure to give up an interest or a television show that’s viewed as “babyish,” or to embrace a specific pop culture trend.

Of course, they both eventually embrace being themselves despite their environments. Elle takes over a case from her misogynistic professor and wins on behalf of her innocent client (and fellow Delta Nu sister) while wearing an iconic pink dress. And she does it her way by relying on her knowledge of hair care maintenance. Mia accepts her title as princess of Genovia while wearing a soaked hoodie and looking anything but glamorous. She says she can use her platform to help less fortunate people (which we see in The Princess Diaries 2).

Both scenes affirm to viewers that you don’t have to change who you are, whether you’re awkward or a fashionista, to be successful. Women and girls can hold on to their sense of self and still thrive in any environment, regardless if they are initially underestimated or supported wholeheartedly. They simply have to be confident and believe in themselves.

It isn’t the most sophisticated message. But honestly, in the early 2000s, it was not common in big-screen teen comedies. Movies like She’s All That or 10 Things I Hate About You featured female characters who primarily exist for manipulation by the male protagonist.  American Pie and Can’t Hardly Wait, among other films, included a pretty girl who is nothing more than an object for a guy to pursue. They were often devoid of any significant personality or character growth.

Legally Blonde and The Princess Diaries also encourage women to choose their own path, instead of simply accepting what’s laid out for them. Elle deviates from an easy path courtesy of her rich parents. She could have found another rich guy to marry but she pursues her own dream of being a lawyer. Mia accepts her royal title completely of her own volition, a truly liberating coming-of-age decision. 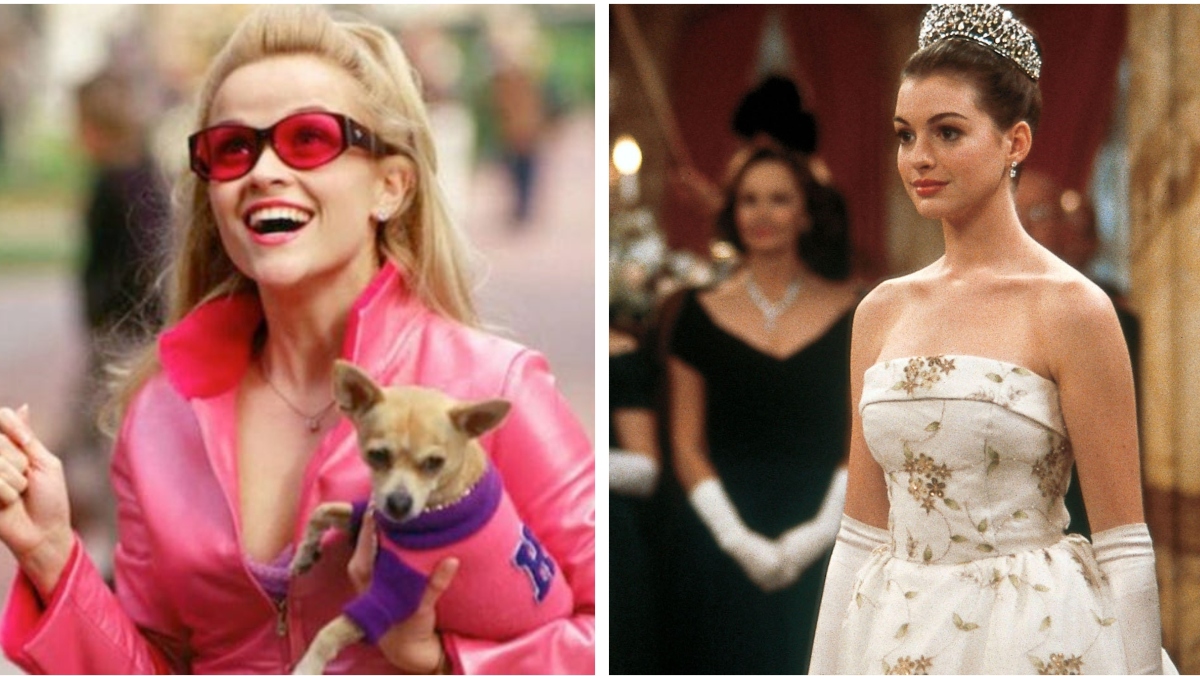 Additionally, Elle and Mia lift up other women and romantic relationships are not the crux of their journeys. For example, Elle, a clearly wealthy woman, befriends Paulette, her working-class manicurist, and helps her get her dog from her ex. She even bonds with her ex-boyfriend’s fiancé Vivian over the sexism they experience in law school. They form a friendship and realize that they are both too good for Warner. Elle eventually ends up with Emmett, who supported her during her first year at Harvard. In fact, their relationship is simply a footnote after her epic graduation speech.

Meanwhile, Mia learns to speak up for herself, especially to Lily, which allows them to have a more honest and supportive relationship. Mia confesses her feelings for Michael and they embrace. But, in the very next scene, she’s in Europe and he’s out of the picture forever. Getting the guy happens, but it isn’t that big of a deal to either story. The movies don’t end with a romantic kiss, but instead with Mia and Elle embracing their destinies.

Of course, these films are by no means perfect. The Princess Diaries includes a random beach performance complete with cliched choreography and the popular girls lip-syncing background vocals. It is without reason aside from the fact that the film’s mean girl was rising pop star Mandy Moore. Many people love Legally Blonde’s “Bend and Snap” scene; however, a random dance break completely unconnected to the rest of the movie is nonsense.

And, the stereotypically flamboyant gay hairdressers (along with other gay stereotypes) and overly exuberant black woman break dancing are cringeworthy at best and borderline racist/homophobic at worst.  Yet, despite their flaws, these movies have heart and two imperfect heroines who are feminist icons. Elle and Mia will continue to get love from future generations of young empowered women.

A Brief History of Black Queer Representation in Cinema

We Need More Military Representation for Black Women in Medi...