Stream the Soundtrack for Every WANDAVISION Episode - Nerdist

Stream the Soundtrack for Every WANDAVISION Episode

We had high expectations for WandaVision, and so far it’s living up to all of them. In fact, it’s even giving us something we didn’t expect. Each week, as the sitcom homage moves into a different decade of television, we’re getting a great era-appropriate theme song. Those catchy tunes then live in our heads until the following week, when the next memorable earworm replaces it. But you don’t have to rewatch episodes if you want to hear them again. Marvel has begun streaming the show’s soundtrack online.

Walt Disney Records has announced it will make each episode’s music available as digital albums. That includes both the episode’s score from composer Christophe Beck (Frozen 2, Ant-Man and the Wasp) and original themes from the Academy Award winning team of Kristen Anderson-Lopez and Robert Lopez (Frozen). Fans can listen to the soundtracks here. The first two episodes are already available. New albums will debut a week after the episode first premieres on Disney+. You can find the full release schedule below.

“For each era, the music is a loving homage to the sitcom scores typical of the time period,” said Beck, who composed the score for all nine episodes, in a statement. “This involved not only the instrumentation, but also the composition style.” 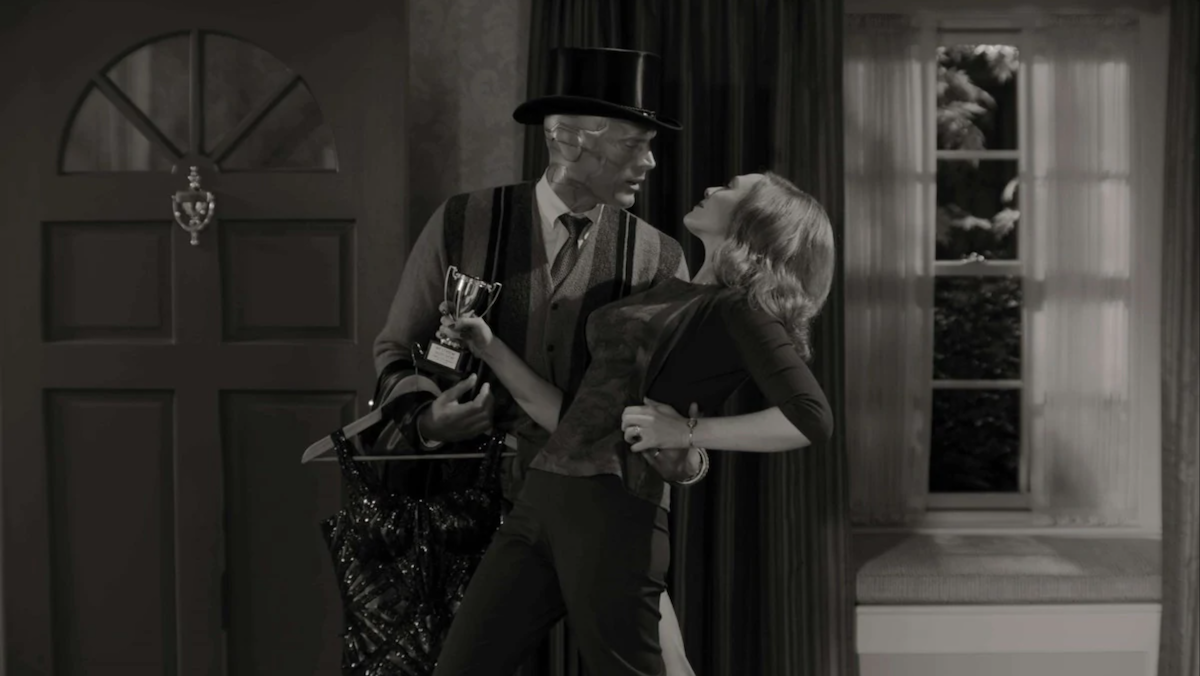 As for the show’s original songs, Anderson-Lopez and Lopez offered insight into how they created WandaVision‘s first two throwback themes. “We wanted to have an optimistic group of voices singing jazzily (though not too jazzily!) about the love between these two—and the main question of the first episode, whether two Avengers in love can pass for normal in a typical American suburb,” said Anderson-Lopez.

For the pair’s self-described “sexier” and “flirtier” second episode opening, Lopez said, “We decided to put lots of raunchy trombones commenting. And in one part we also used my favorite ’60s keyboard sound, the RMI Rock-si-chord—a sort of electric organ harpsichord sound.”

We expected a lot from WandaVision. Great new theme songs and a history of television music are great unexpected bonuses.