Often referred to as the “Godfather of Nerdcore,” Brooklyn’s MC Frontalot has been rapping about all variety of geeky topics since first coming on to the scene way back in 1999, and now he’s returned with a new single that skewers toxic online culture.

MC Frontalot–real name Damian Hess–is a multidisciplinary force in music and comedy, and a spokesman for all things nerd culture. He was prominently featured in the documentaries The People Vs. George Lucas and Nerdcore Rising, a film about the subculture he helped create, and the musical genre whose name he he helped coin.

Now, MC Frontalot is back, with a new single titled “Extremely Online,” from his latest album Net Split or, the Fathomless Heartbreak of Online Itself. The track, and indeed the album itself, describes Frontalot’s growing disgust with online culture, which went from something fun and informative in the early days of the ’90s, to a place “undermined by edgelord trolls, Dark Web villains, asinine memes and shallow echo chambers” in modern times. 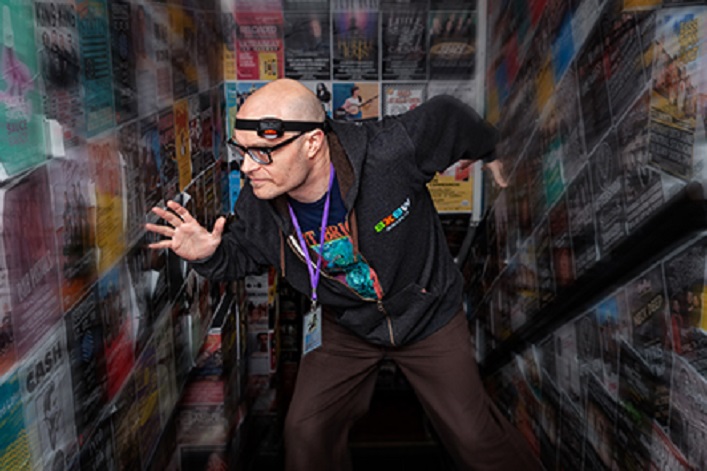 When it comes to the modern era of the internet, MC Frontalot does not hold back, saying “In 1992, it was love at first site. I’m in the computer lab in my first year of college. I can use Gopher to find illicit texts. I’ve got my first email address. Dungeons & Dragons has gone worldwide through MUDs—this is a breakup album about my relationship with the internet. But it’s the kind of breakup where you keep seeing each other anyway, and it’s toxic forever. Because the most visible nerds now are the bad nerds. I want there to be a big, bright line drawn between good nerds and bad nerds. And I want the new-model nerd shame to drive them away from the dark side.” 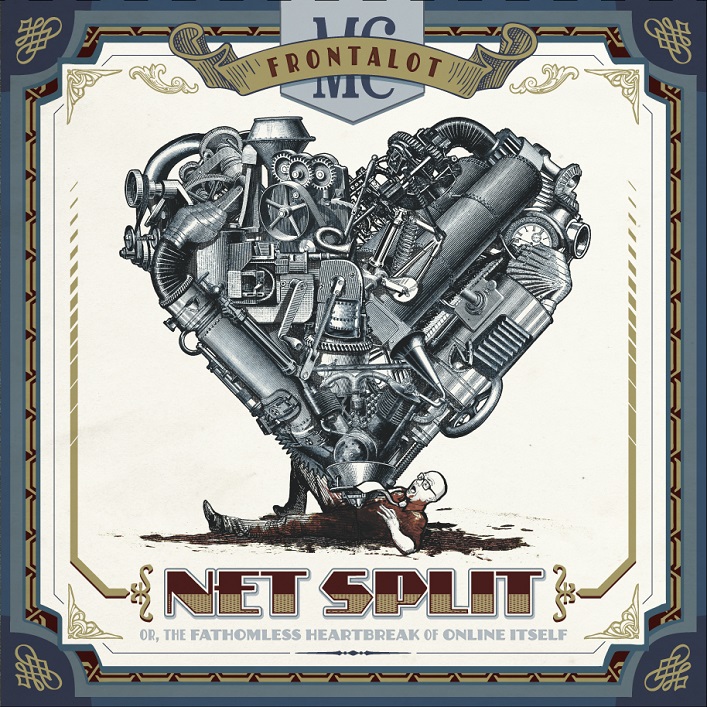 Net Split or, the Fathomless Heartbreak of Online Itself arrives on March 8, and you can pre-order the album now via Frontalot’s website. And you can find out more info, including upcoming tour dates, by visiting Frontalot’s Facebook, Twitter, and  Instagram accounts.