MAYDAY Is a Modern Siren Story That Loses Its Voice - Nerdist

As women, the desire to slip into a fairytale world is nearly constant. It’s no wonder so many fantasy heroines of yore have done just that. Alice found Wonderland when she needed it most. Dorothy went to Oz. In Karen Cinorre’s Mayday, a young woman named Ana (Grace Van Patten)—brutalized by her cold boss at a hotel restaurant job—has her own journey to another world. After a particularly upsetting incident at a wedding she’s catering, Ana hears a haunting voice whispering a phonetic mayday signal. It leads her to an oven in the kitchen, which she climbs into. Like the Pevensies in their wardrobe, an everyday item is her ticket to freedom.

The oven is a portal to a strange place. A dreamy, whimsical world where Ana meets a trio of women her age. There’s Bea (Havana Rose Liu) and Gert (Stéphanie “Soko” Sokolinski) and their ringleader Marsha (Mia Goth). And there’s some kind of war going on. The clothing and submarine the girls live in and the weaponry suggest WWII, but this is a fantasy world, after all. The women, who dance about the beach and nearby greenery, get their kicks by sending erroneous mayday signals and false coordinates to male sailors, trapping them in storms and killing them. It’s their own twisted game of revenge. At first, Ana plays along. But she soon discovers she doesn’t have the heart to kill these men, especially when she thinks of her friendly male coworkers like Dimitri (Theodore Pellerin). 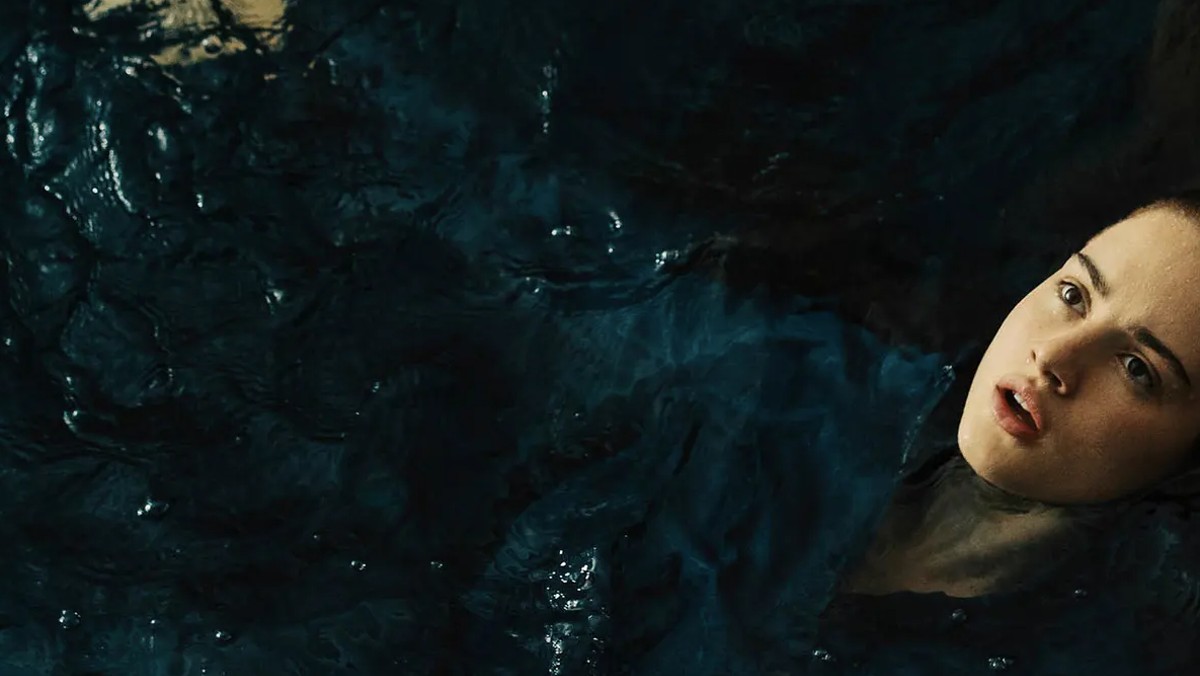 But just as Ana realizes she might not belong in this dream world she conjured for herself, Mayday‘s plot slips away. Ideas once implied become literal. Marsha spirals out. The delicate balance of their fantastical realm teeters over the edge and right into silly whimsy. The first act is sumptuous and haunting, the perfect blend of mysterious and lush. These girls are modern plays on sirens, beautiful women whose distress signals spell doom for the men who’ve caused them harm. It’s a parable, almost poetic. But after that first act, it all gets a little messy.

Still, there’s a lot to love about Mayday. There is an intoxicating quality to Cinorre’s debut film. Not just in the pastel color palette, which evokes films like Picnic at Hanging Rock or The Virgin Suicides—other movies about feminine horrors made aesthetically arresting and highly romantic. But in the language, and the cozy way the four women interact, and in the whisper of nature in every frame. Cinematographer Sam Levy helps bring this storybook vision to life. The WWII punctuations give it an out-of-time quality that lends to its dreaminess, as does the repetition of cast. Goth, for instance, first appears as an unhappy bride at Ana’s hotel. As Marsha, she’s a fierce warrior who stands in contrast to her real-world counterpart. There’s also Juliette Lewis as June, who first appears as a bathroom attendant, and later as an older sister figure in fantasy portion. 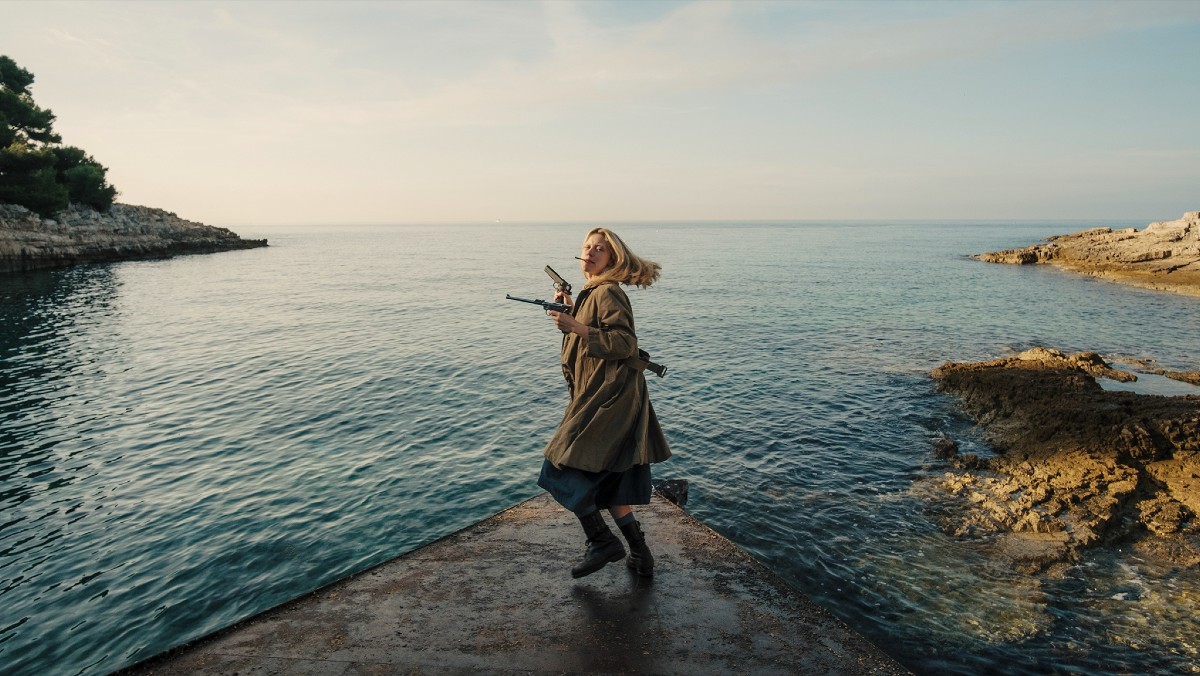 The performances are across-the-board wonderful. All four of the main girls have spellbinding qualities. Soko and Liu both pull you in with their mesmerizing auras. Van Patten looks enough like Shailene Woodley that it’s occasionally distracting, but that’s no fault of hers, and her performance is slight but starry; she too has a strong presence that’s perfect for this girl-down-the-rabbit-hole role. But it’s Goth who steals the show. Her unique beauty lends itself to her duel roles. She’s believably broken and almighty, can slip into either skin with easy assuredness. When she does big as Marsha, she is frightening. But there’s always a tenderness, too. She’s an actor with multitudes and it’s a joy to watch her explore here.

Overall, Cinorre shows great promise as a filmmaker. Her storytelling abilities are on point, as is her ability to create dynamic characters and cast them perfectly. Despite a clunky final act that over-explains in a way that ultimately just confuses its theme of female empowerment and revenge, Mayday really makes an impression. It will be thrilling to see where Cinorre goes next and how she evolves as a creative. She’s got an excellent toolkit already that, when sharpened, can create even more fantastical magic.