The 1933 ALICE IN WONDERLAND Is a True Nightmare - Nerdist

The 1933 ALICE IN WONDERLAND Is a True Nightmare

I was born in 1984, which means I was a little kid during the great Disney Renaissance of the 1990s. Not only were there the big mega-hit animated features, it was also the heyday for older Disney “Masterpieces” to come out on VHS in those huge clamshell cases. While the ’90s Disney flicks were through-and-through wholesome family affairs, a lot of the earlier stuff delved into the strange, the scary, and the problematic. But I always felt that, despite some pre-psychedelic weird imagery, Disney’s 1951 Alice in Wonderland played it all fairly safe. Especially considering Lewis Carroll’s bizarre source material.

Luckily for fans of nightmares, the 1933 live-action Alice has all the creep-factor anyone needs. Now out on Blu-ray from Kino Lorber, the film is a treatise on the more troubling themes of the novel. It also utilizes makeup effects scarier than the Universal Monsters. Those poor kids in the ’30s.

This version of the story was already the sixth filmed adaptation of Carroll’s works. These included several silent versions in the early 1900s and even Walt Disney’s own series of Alice Comedies which featured a live-action Alice interacting with animated backgrounds and characters. There had even already been a talkie, from only two years prior. But this was Paramount’s high-spectacle take on Alice. They crammed as many of their contracted players and talent into this thing as they could.

Norman Z. McLeod was Paramount’s choice of director, having just helmed two of the studio’s Marx Bros movies, Monkey Business (1931) and Horse Feathers, (1932). The writers of the screenplay for Alice in Wonderland were Joseph L. Mankiewicz and William Cameron Menzies. Mankiewicz came from a Hollywood dynasty and would go on to write and direct Oscar-winning films A Letter to Three Wives and All About Eve. Menzies was also the film’s art director and would have an illustrious career as production designer and director, on things like Things to Come and Invaders from Mars. 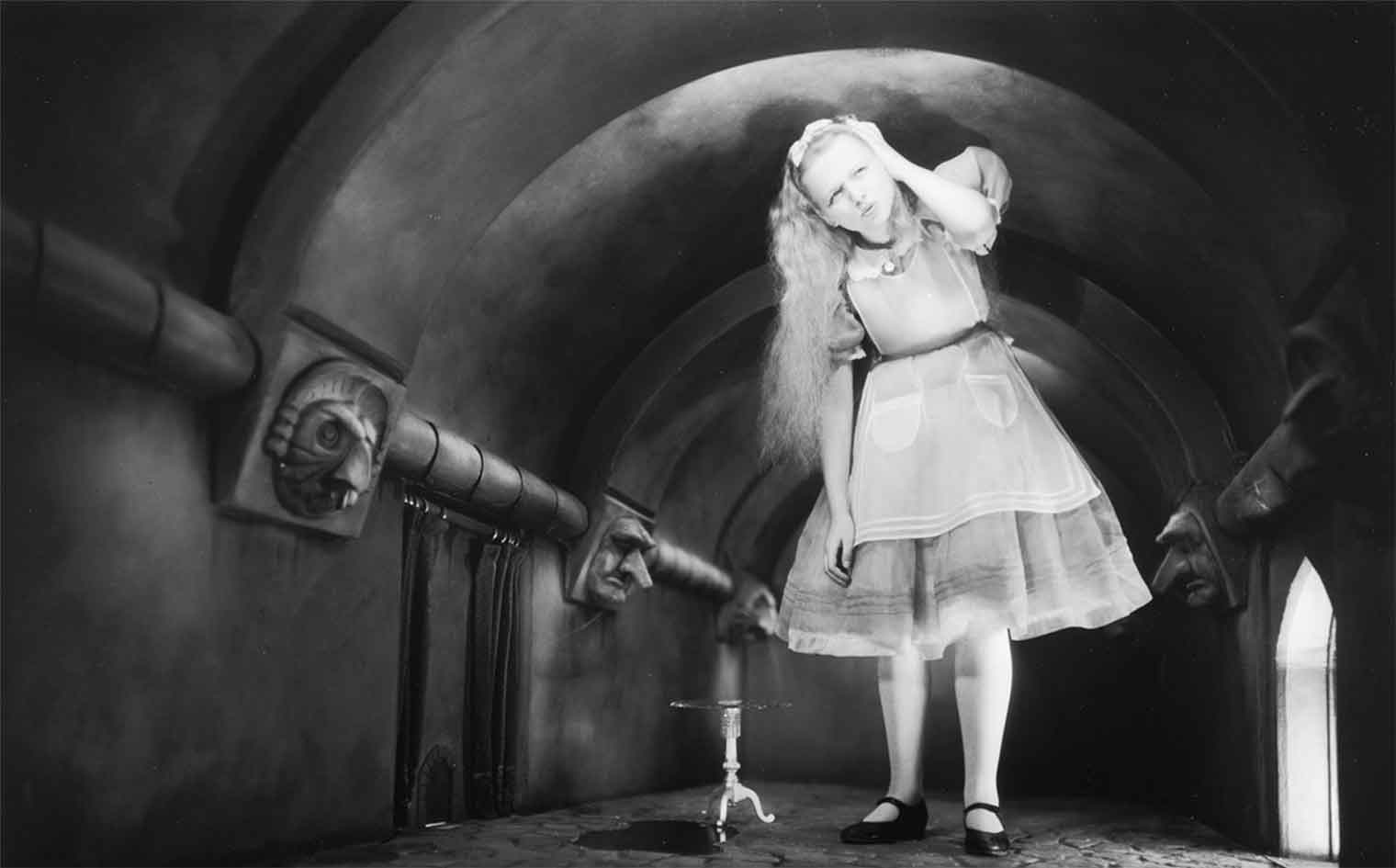 As for the cast, this is where Paramount shot the moon. The movie acted as a kind of who’s who of the studio’s contract stars. The film opens with a four-minute curtain call-style credits sequence. A storybook’s pages turn and with each one, we see one of Wonderland’s characters, which then fades into the headshot and name of actor who plays them. A lot of these people you won’t recognize unless you’re very steeped in 1930s cinema. But some of these people are, or would become, major stars. Gary Cooper plays the White Knight; star comedian W.C. Fields played Humpty Dumpty; a very young Cary Grant in a massive costume and puppet head plays the Mock Turtle. You’d never know it was him if not for the credits.

This version of Alice in Wonderland actually adapts both Carroll’s book Alice’s Adventures in Wonderland and its follow-up Through the Looking Glass. Even so, the movie is only 76 minutes long. It absolutely flies through each of Alice’s interactions with Wonderland folks. After walking through the looking glass, Alice (19-year-old Charlotte Henry) encounters living chess pieces. She then chases the White Rabbit (Richard “Skeets” Gallagher) down a rabbit hole; people who’ve seen the Disney movie will recognize a sped-up version of the series of events in this film. 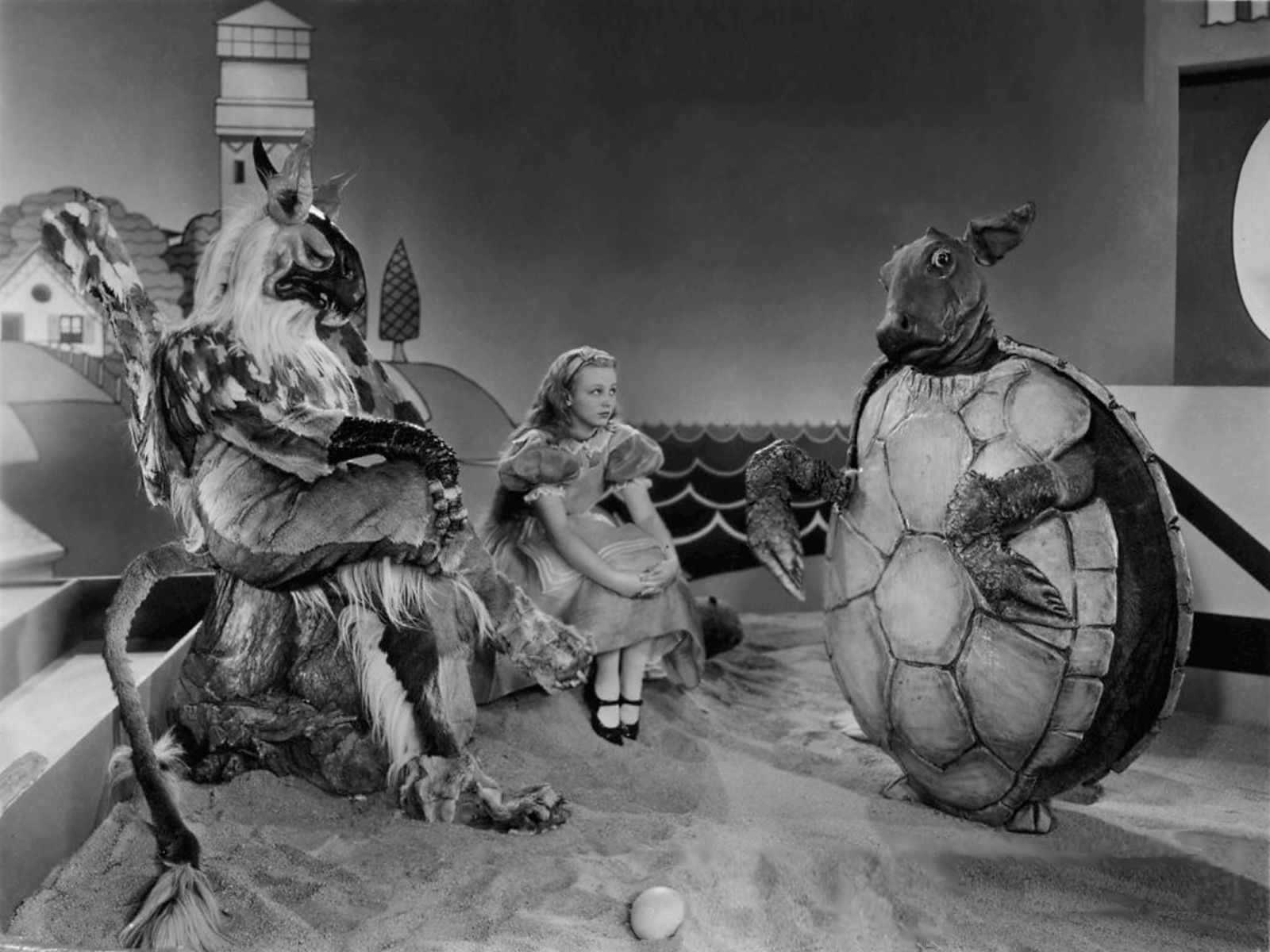 We get Alice growing and shrinking from eating and drinking things; asking directions from the hookah-smoking caterpillar (Ned Sparks); plays croquet with the Queen of Hearts (May Robson) using a flamingo for a mallet and a guinea pig as a ball; a weird conversation with Tweedle Dee (Roscoe Karns) and Tweedle Dum (Jack Oakie); a vignette featuring the Walrus and the Carpenter (the film’s only animated sequence); talking to the Cheshire Cat (a puppet with the voice of Richard Arlen); and of course, the stand-out sequence, her tea party with the Mad Hatter (Edward Everett Horton) and the March Hare (Charlie Ruggles). 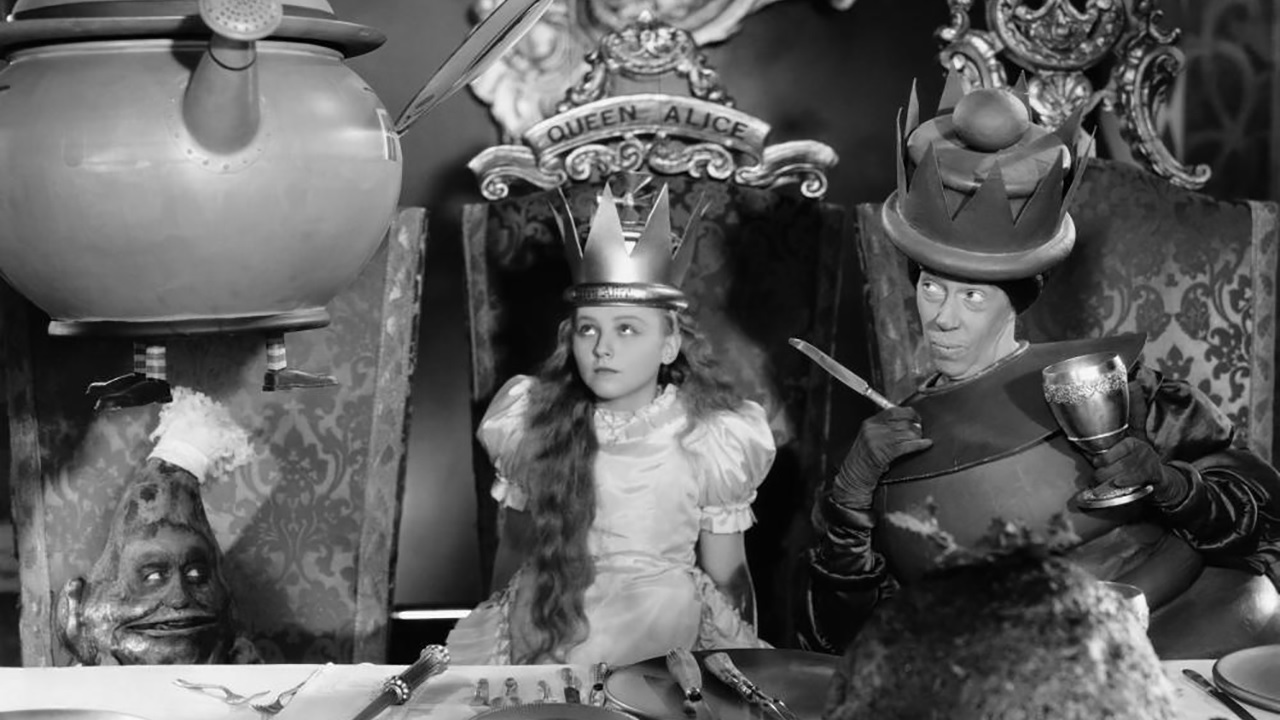 All of these sequences bear striking similarities to what we’d see in the ’51 Disney film. However, all of these are live-action and required Menzies’ specific talent for creating expressionistic, surrealist scenery and settings. These also required some impressive-for-the-time optical effects, showing Alice’s size change and putting the actress opposite real “giant” animals. The design is across-the-board fantastic. The German Expressionist-reminiscent facades and buildings blend with the exaggerated, grotesque masks and make-up, and the Tex Avery cartoon-like performances.

And it’s here when we really start to blur the line between fanciful kids fare and disturbing nightmares. Though certainly intended as a fun romp for families, the inherent darkness in Carroll’s writing comes to the fore with the portrayals and visual depictions of the characters. Alice in Wonderland is a story of a prepubescent girl dealing with rampant growing and changing in a world of adults behaving nonsensically; it’s a subversion of the serious and polite world children expect when they start growing up. Kings and queens acting petulant, a prim and proper tea party delving into madness. 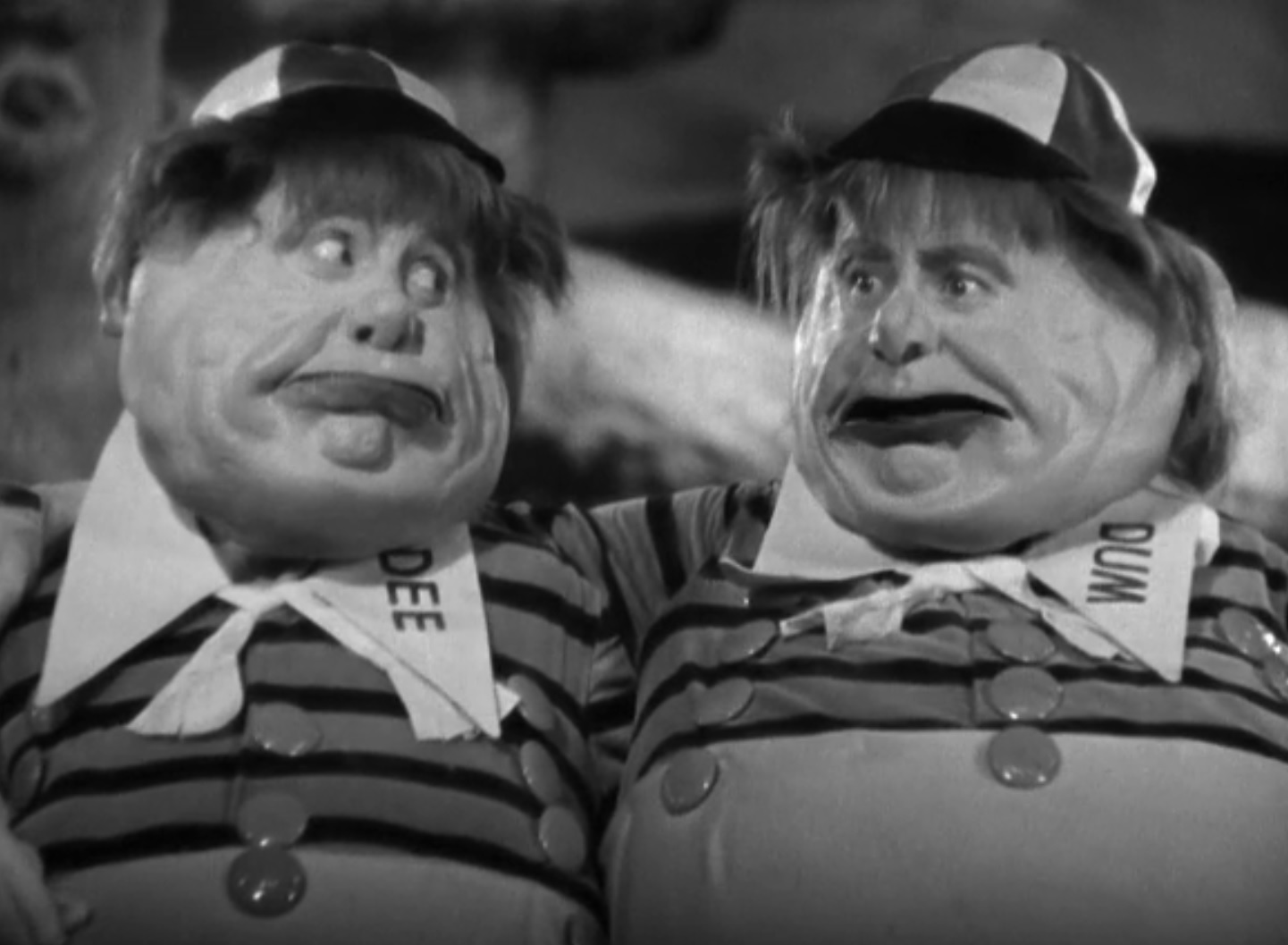 While most of the animal characters appear with large puppet heads, the human characters often have half-masks that exaggerate their features considerably. The Duchess (Alison Skipworth) who shows up early on has massive jowls and a wide, toady mouth. The White Knight, a relatively harmless and benevolent character, has a huge bulbous nose and fright-wig mustache. And perhaps the scariest characters, Tweedle Dee and Tweedle Dum, are pasty, babyish figures with beady eyes and enormous mouths. Even W.C. Fields’ Humpty-Dumpty, with his puppet arms and legs around his egg-head-body, feels much more monstrous than simply an egg man on the wall. 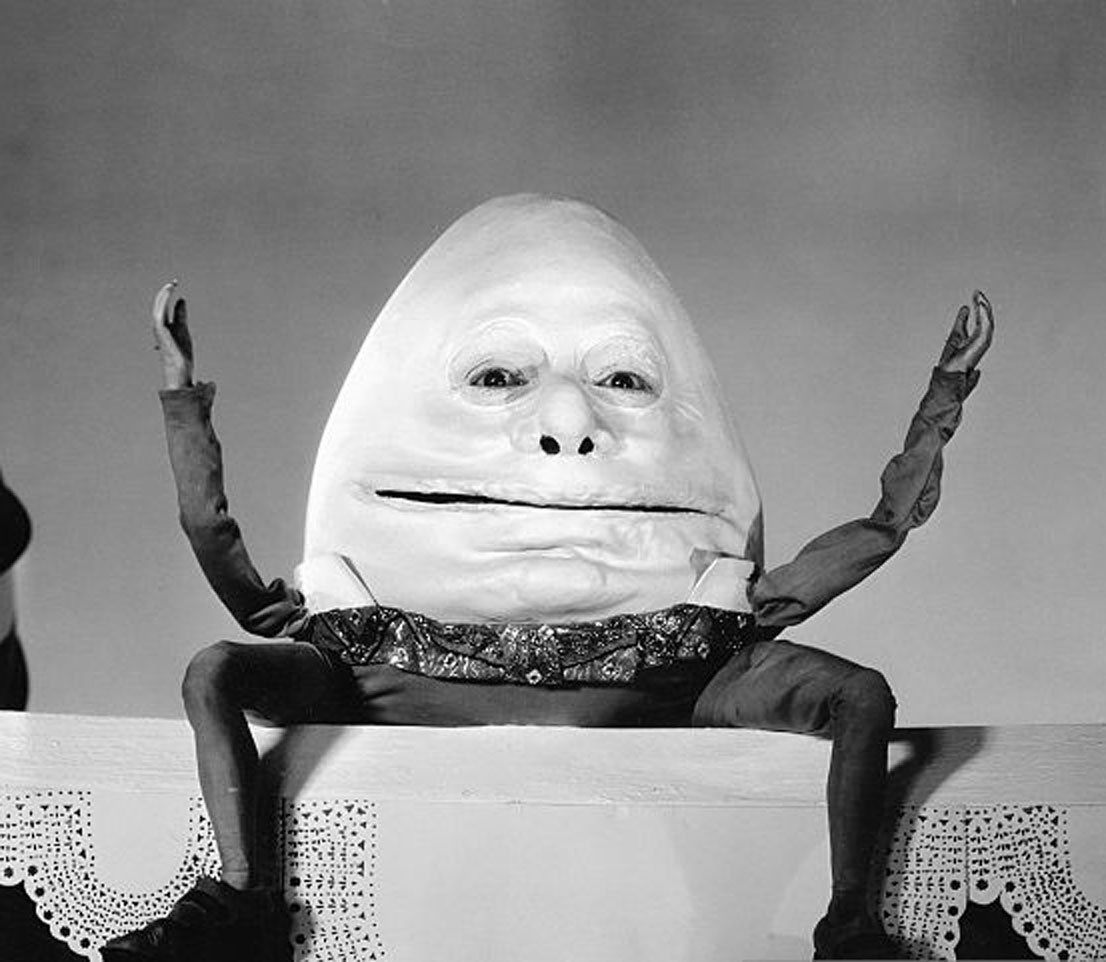 The result is much less about a sensible girl trying to come to grips with a strange and foreboding world than a young woman on the verge of a nervous breakdown when facing the terror of adulthood. This starts with a 19-year-old actress performing as a 12-year-old. Her body is approaching adulthood while her personality remains innocent and naive. There’s very little charming about the characters in this version of Wonderland, despite the whimsical tone of the dialogue and events. The closest analog is probably Tom Petty’s surrealist “Don’t Come Around Here No More” music video from 1985. There’s a sinister edge to everything in the 1933 movie. 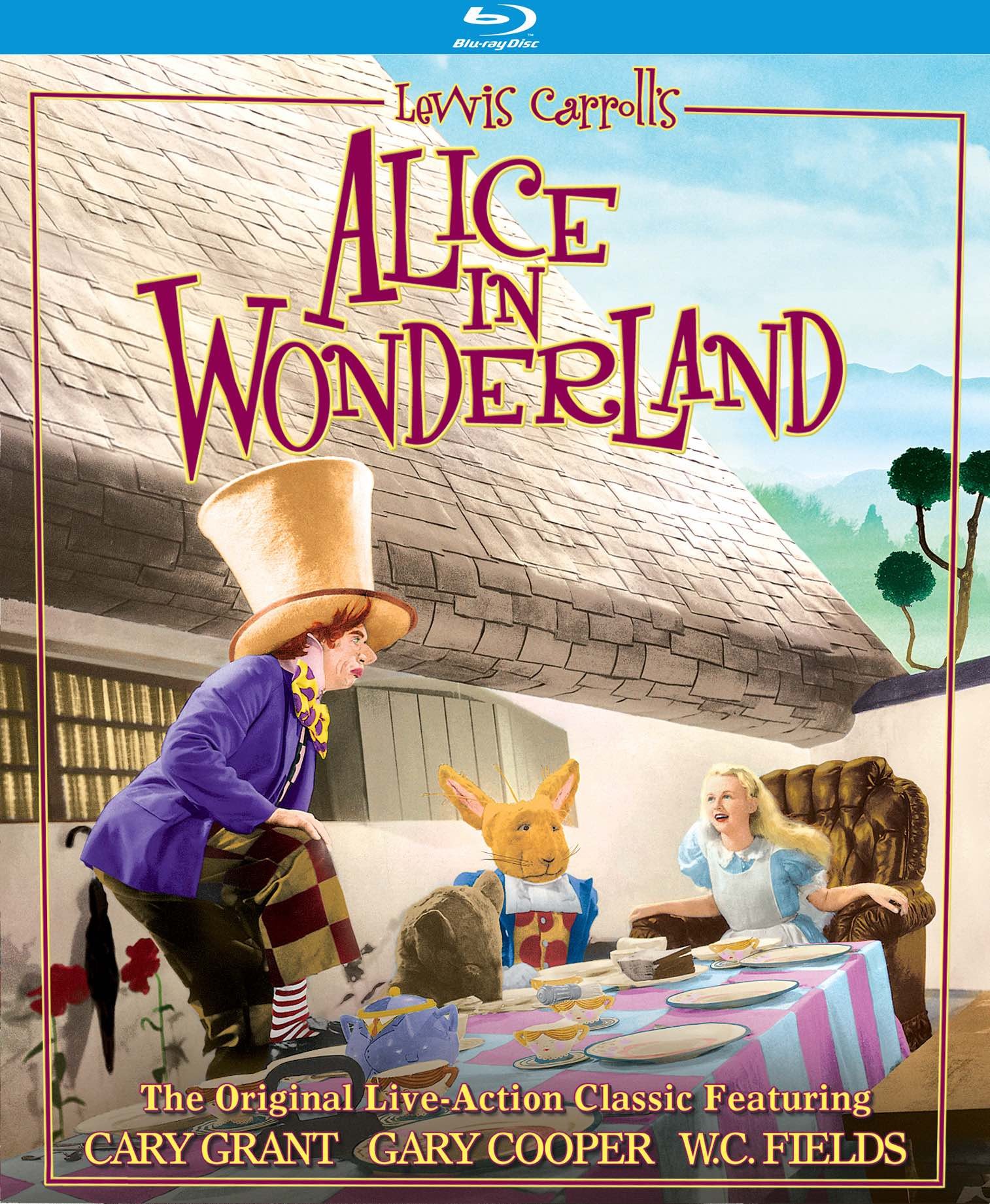 From its eerie Dmitri Tiomkin score to its truly horrific character designs, the 1933 Alice in Wonderland is a fascinating, unintentionally disturbing take on a classic. Prior to its coopting by the Disney machine, the story was a dark and upsetting one, hidden behind the velour of childlike wonderment. Watching this movie in 2020, with Kino Lorber’s gorgeous Blu-ray edition, I can’t help but feel like this was secretly a satire of children’s entertainment in those heady and risk-taking Pre-Code days of Hollywood. I would highly recommend Alice in Wonderland, just don’t expect your heart to warm.