There are a lot of incredible cities in America: Los Angeles, New Orleans, Miami, and Atlanta, to name a few. Are they perfect? No (or maybe yes, depending on who you ask). But they all have their unique smorgasbord of cuisines, cultures, and charms that make some natives want to stay and others flock to their bright lights. But, there’s a new city coming that, if all goes to plan, might cause a modern-day migration.

According to CNN, billionaire and jet.com founder Marc Lore is moving forward with his vision for Telosa, a bustling city fit for five million residents. And, Lore already has a famous architect on tap to make it happen. He certainly has the cash and resources to make it happen but there’s one problem: location. The city will likely end up in Nevada, Utah, Idaho, Arizona, Texas, or the Appalachians. (Telosa, TX does have an alliterative ring to it.) Telosa will be 150,000 acres with sustainable energy production and a drought-resistant water system. 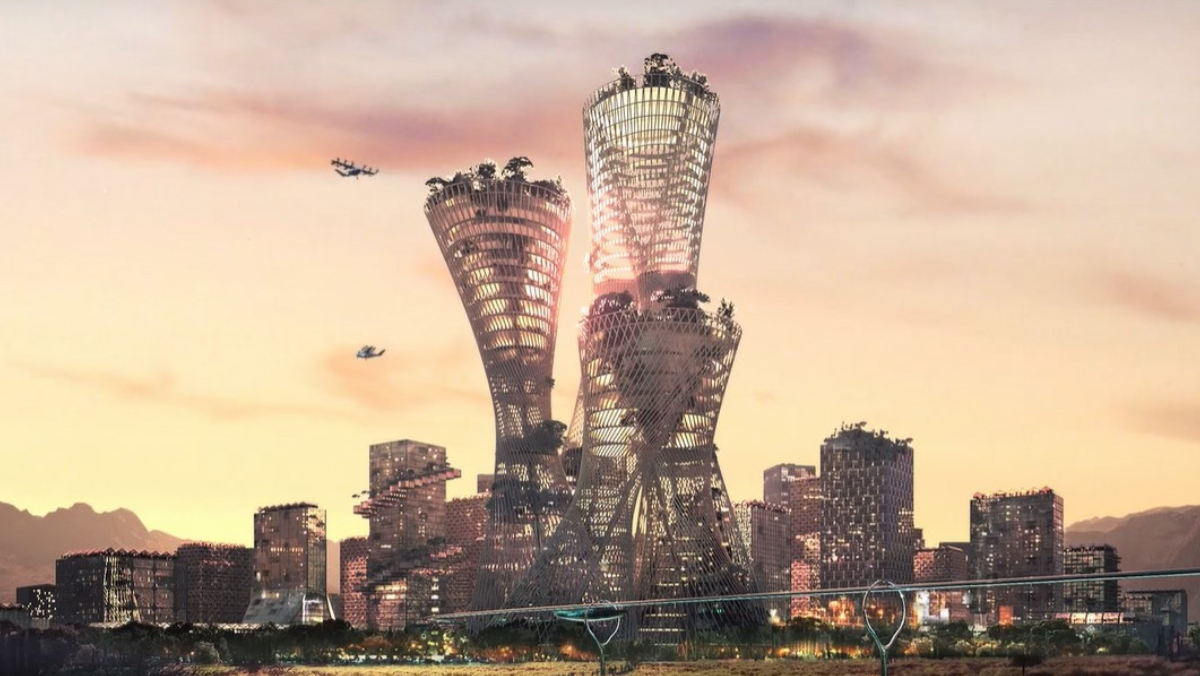 Lore imagines it as a clean and diverse place with a “15-minute” design. That means all of its residents will be able to access work, school, and entertainment from their homes within that timeframe. Now, that’s a lofty goal. I don’t live in a major city but I have certainly been to a few. I have both driven and taken public transportation in cities like DC, NYC, and Atlanta. And it took a long time to get to a lot of places, especially during peak traffic hours.

As photos on the website suggest, Telosa will not have fossil-fueled cars but rather scooters and autonomous vehicles. A main building, Equitism Tower, will be the center of the city with water storage, farms, and an energy producing roof. So it is much like those futuristic utopias that we have seen in many sci-fi movies. The only problem is, well, humans suck and will likely find a way to mess it up. Why? Because we, as a collective, must find a way to make life harder than it has to be.

Of course, Telosa won’t automatically bring five million people into the fold. The current plan is to get through phase one with 1,500 acres, which will accommodate 50,000 people, by 2030. That alone will set Lore and his team back $25 billion. The entire project will cost around $400 billion with hopes of having 5 million residents in 40 years. It’s certainly an interesting endeavor that people may want to keep their eyes on.