It’s 1925 in New York. Your good friend, Jackson Elias, is discovered by you in Room 410 of the Hotel Chelsea, gutted like a fish, with his intestines piled wildly at his feet.

Designer James Maliszewski said, “Masks of Nyarlathotep has often been called the greatest adventure ever written for any roleplaying game and such praise is not undeserved.” 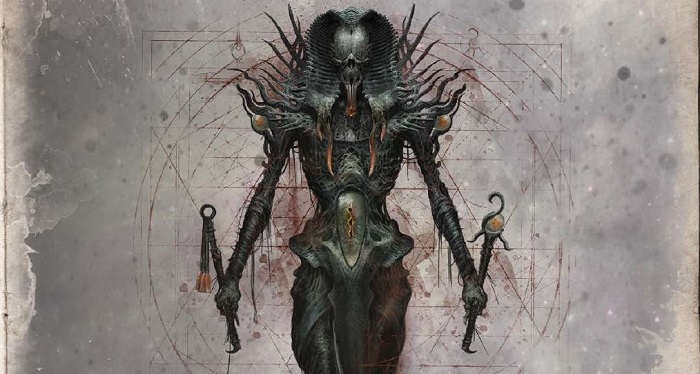 So what is it that makes Masks so incredible?

Firstly, it is a sandbox. A sandbox is a style of game where players generally have freedom to go anywhere and do anything. In Masks, that freedom spans continents. Players have the ability to follow leads to Australia, China, Egypt, or Kenya, and there is no “right” way to do it.

Secondly, there is the scale. The scope of Masks is such that it fools the senses of the players into believing they are actually investigating a global conspiracy. The revised edition takes the size of the campaign and amplifies it. In its revised form, the campaign is 669 pages long! The campaign comes with over 60 beautiful handouts for players to keep track of. And in a further manifestation of blessed insanity, the HP Lovecraft Historical Society has produced a Masks radio drama, and if the “Super Deluxe Limited Edition” is purchased, it comes with 135 props for use in the game!

RPG design maestro Ken Hite, designer of the absorbing and disturbing, The Fall of Delta Green, said of Masks:

In addition to being a harrowing horror experience, Masks of Nyarlathotep created a revolution in adventure campaign design. With adventures you could play in any order, and with each setting essentially a sandbox full of alligators, Larry DiTillio [the campaign’s original writer] and his collaborators made a connected story feel like a deep dive into chaos, an investigation and not a succession of acts in a narrative. The open middle of Masks allowed and encouraged Keepers [gamemasters in Call of Cthulhu] to build their own nightmares without feeling tied to one vision or one structure. I’ve tried to live up to the amazing example Larry and company set in my own work like the Zalozhniy Quartet and the Dracula Dossier. 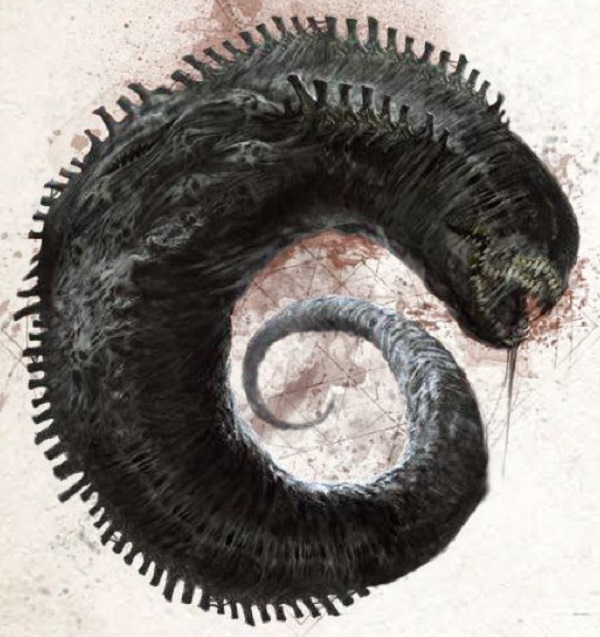 In an exclusive interview with Geek & Sundry, Call of Cthulhu 7th edition line editor Mike Mason said of his approach to the revised edition of the campaign:

I wanted the same campaign with the same plot – anything else would not have been Masks. Larry DiTillio had created a wonderful plot, which I didn’t need to change. So the work involved checking the clue links, the flow of information, and how information is structured and relayed to the Keeper. In doing that, identifying out of date, extraneous, or problematic  text became easier. Key to the revision was updating the campaign for modern play styles and also the portrayals of diverse cultures in historical settings.

For example, in the revised version of Masks, “cults don’t discriminate on racial or ethnic grounds, they’ll take whoever is crazed enough to follow alien gods – thus, anyone from anywhere can be in a cult.” Also, they made sure in the current edition that “all ‘foreigners’ were not the bad guys.”

Mason and his team of Lynne Hardy, Scott Dorward, and Paul Fricker also went on to add an entirely new introductory scenario to the game, one set in Peru, so that the first time you meet your good friend Jackson Elias isn’t when he’s cooling to room temperature.

Mason et al also did everything they could to make this roiling behemoth of a campaign easier to run. He told Geek & Sundry:

The largest job was rewriting the text to ensure a better flow of information, presented to the Keeper [gamemaster] in a logical order, making the whole thing much easier to navigate and run. We also strengthened the clue trails and added a few twists to spice things up. In some cases there were logic gaps or contradictory information, which we cleaned up and sorted, and where necessary added new encounters to ensure the plot was rounded out and complete.

They also added a list of NPCs to help the gamemaster find them in a flash, provided pregenerated characters so players could jump right into the action, and of course updated the system to the excellent new 7th edition rules of Call of Cthulhu.

Click here to start saving the world and skating the edge of sanity with Masks of Nyarlathotep.

Ben Riggs speaks five languages and has lived in four countries on three continents, but still manages to lose his keys in the bathroom. A friend to humanity, animalkind, and undead alike, you can discover more of Ben’s thoughts on game, the universe, and everything on Twitter, or on the Plot Points podcast.

The Best Fantasy Campaign You Haven’t Heard About R...