What if Hagrid had a son who couldn’t do magic but was incredibly strong? A son raised in Hogsmeade, living under the shadow of that infamous magic academy? No, this isn’t a new Harry Potter spinoff. We’re talking about Hajime Kōmoto‘s hilarious manga Mashle: Magic and Muscles. Originally published in Weekly Shōnen Jump, the series launched in 2020. Viz Media is currently publishing Mashle in English language collections. While you might not have picked it up yet, it’s one of the best new manga series in years. 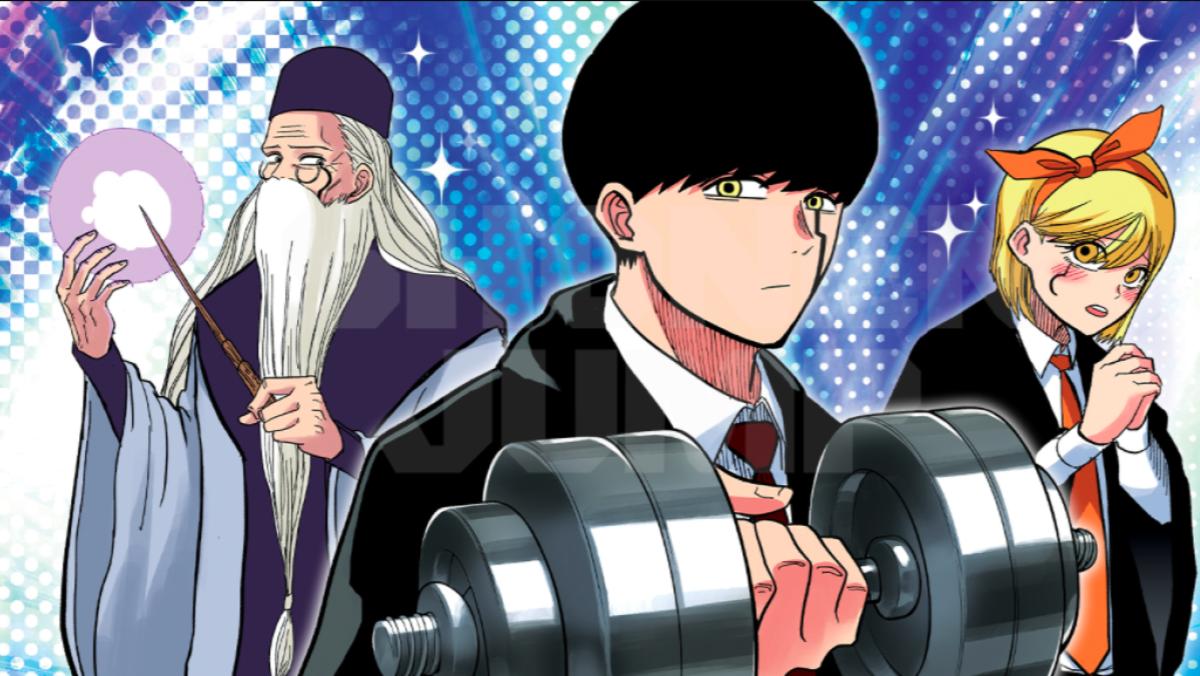 Mash Burnedead is a young, strong, and magicless man in a world where magic is king. He lives with his elderly father in a small village within the Magic Realm. Here the only rule is that you must be able to practice magic, but Mash can’t do anything vaguely magical. Instead he works out in the forests to build up immense strength, mostly left alone by the magical authorities who aren’t aware of his little secret. But after venturing into the city alone to get some delectable cream puffs, his secret comes out and he must join the Easton Magic Academy undercover and become the most powerful magical user there so he and his father can live a peaceful life. But Mash can’t do magic… can he?

Kōmoto is a keen comedian, whose playful understanding of the tropes and trappings of magic stories makes Mashle an absolute riot for fans of Harry Potter, The Worst Witch, The Magicians, Black Mage, and the like. Here is a magic academy drama that pits a strong man against the most talented and entitled wizards around. But Mash’s strength and sweetness means he’s a more formidable foe than you might think. If you’re craving the coziness of castles and spells then you’ll adore this magical adventure which comes with lashes of laughs. 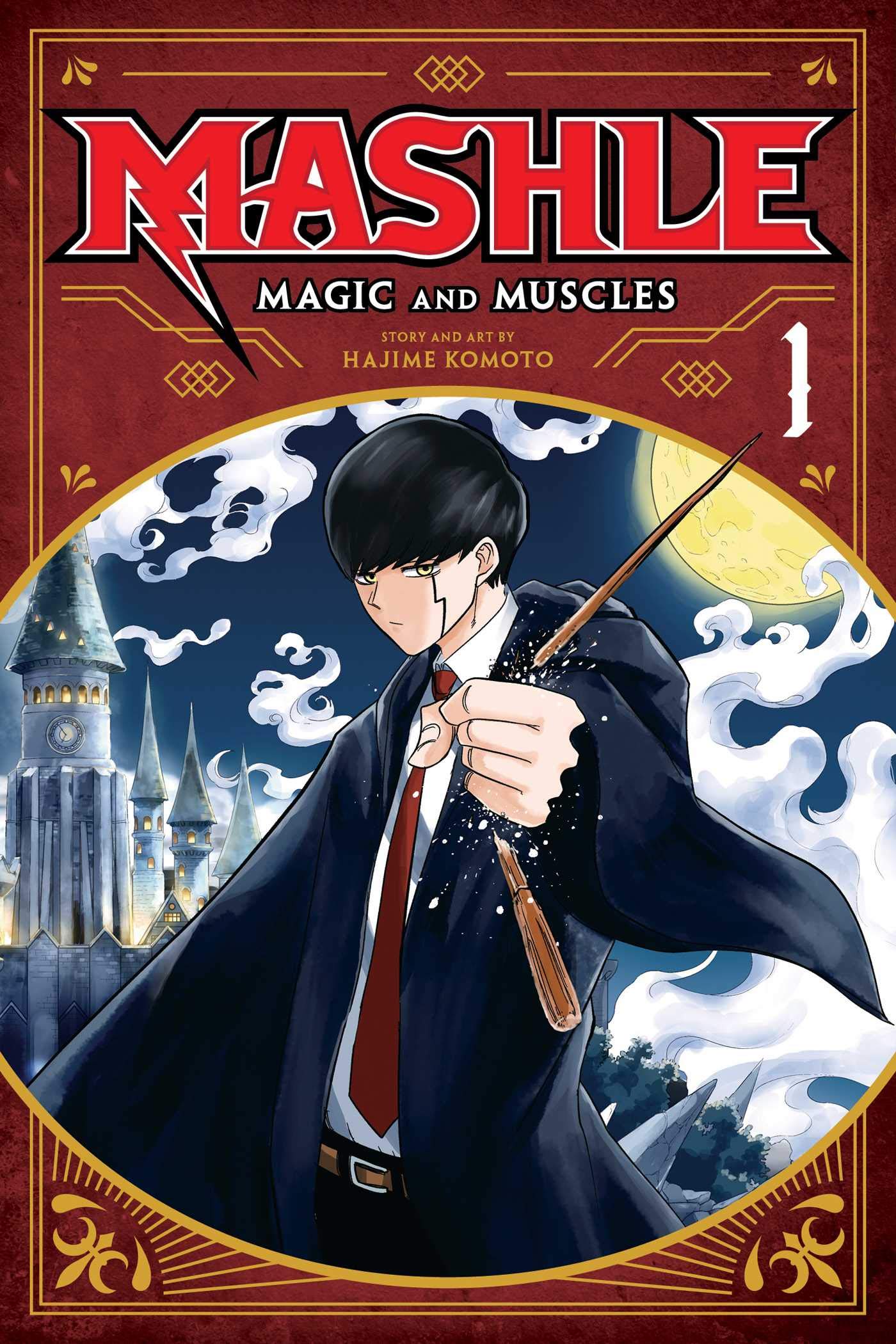 If magic isn’t your speed then you’ll still find tons to love in Mash’s unconventional fighting journey. Much like Saitama in One Punch Man, Mash is a perfectly deadpan hero. He seems to create chaos without much thought and wields his massive strength without effort. But he’s well aware of his own skills, and as the story moves on he begins to use them in the most unique and ridiculous ways. Kōmoto translates this perfectly with his sparse and smart linework, which brings to life the action and movement of Mash’s quest. That’s no mean feat for a stark black and white comic.

Growing up with these sorts of stories makes the meta-hilarity of Mashle: Magic and Muscles even more enjoyable. It’s both familiar and entirely new, as it upends the fish out of water trope by introducing a character who couldn’t care less about magic. If you always thought you’d hate to be in Hogwarts then Mash might be your new fave hero. He has zero interest in magical hierarchies or school politics. All he cares about is keeping his father safe. That gives him an honorable and enjoyable mission. Not that he’s realized that yet. 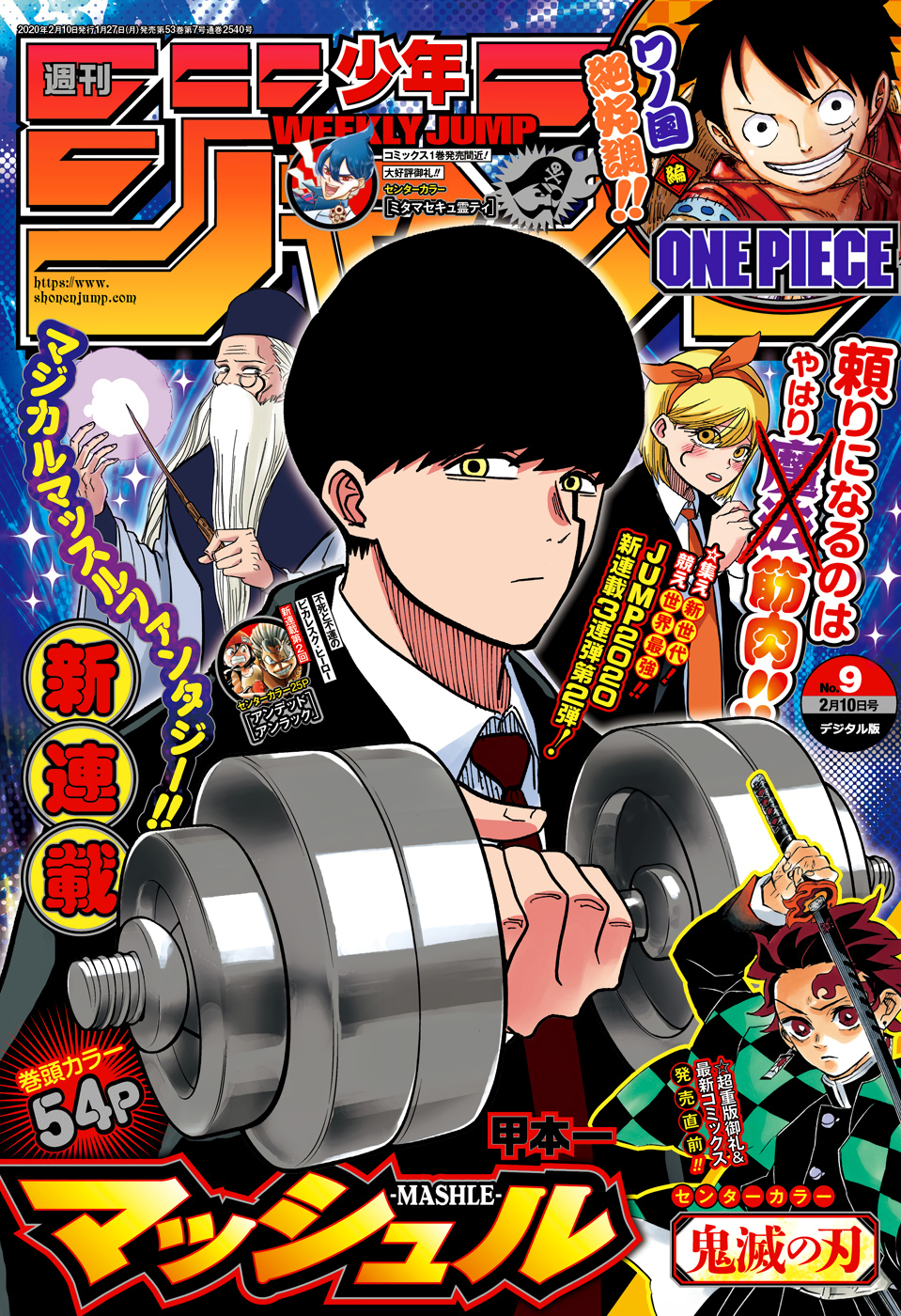 Viz has been delivering an incredible array of brilliant manga recently. Even among those Mashle: Magic and Muscles stands out. Silly, sweet, and utterly immersive. You can lose yourself in this story, in the epic highs and devastating lows of teen strength training. Escape into the hallowed halls of the magical academy where a Dumbledore style head teacher awaits. But at its heart, even with all the things you might recognize, there’s an original spin which explains the massive success of the series even as it’s in its earliest days. Basically this is the series you’ll want to read before the inevitable smash hit anime gets made.