As fans have speculated for some time, longtime Marvel Comics villain MODOK will be the headlining baddie in the upcoming Avengers video game. Square Enix and developer Crystal Dynamics showed off new cinematics and gameplay footage from Marvel’s Avengers during their first War Table livestream on Wednesday. At the center of the showcase is some action-heavy footage from a story mission called “Once an Avenger,” starring Thor and his magical hammer, Mjolnir. Watch:

“Marvel’s Avengers offers players a truly rich experience, with a combination of Hero Missions and War Zones,” Square Enix said in a press release. “Hero Missions are single-player only and are part of the initial campaign. They are designed to showcase each hero’s unique abilities as you reassemble your growing roster. War Zones can be played solo or with a group of up to four players as any hero in your roster. Each mission dynamically scales based on the team size and player level.”

“Players in Marvel’s Avengers will also be able to customize Earth’s Mightiest Heroes in a number of ways,” Square Enix said. “While each superhero will play true to their unique power sets, each will have the flexibility to play differently based on the gear you equip them with and the skills you enable, so no two players’ heroes will play in exactly the same way. Each hero has dynamic combo systems, heroic moves, an intrinsic ability, and signature move sets to unlock and customize.” 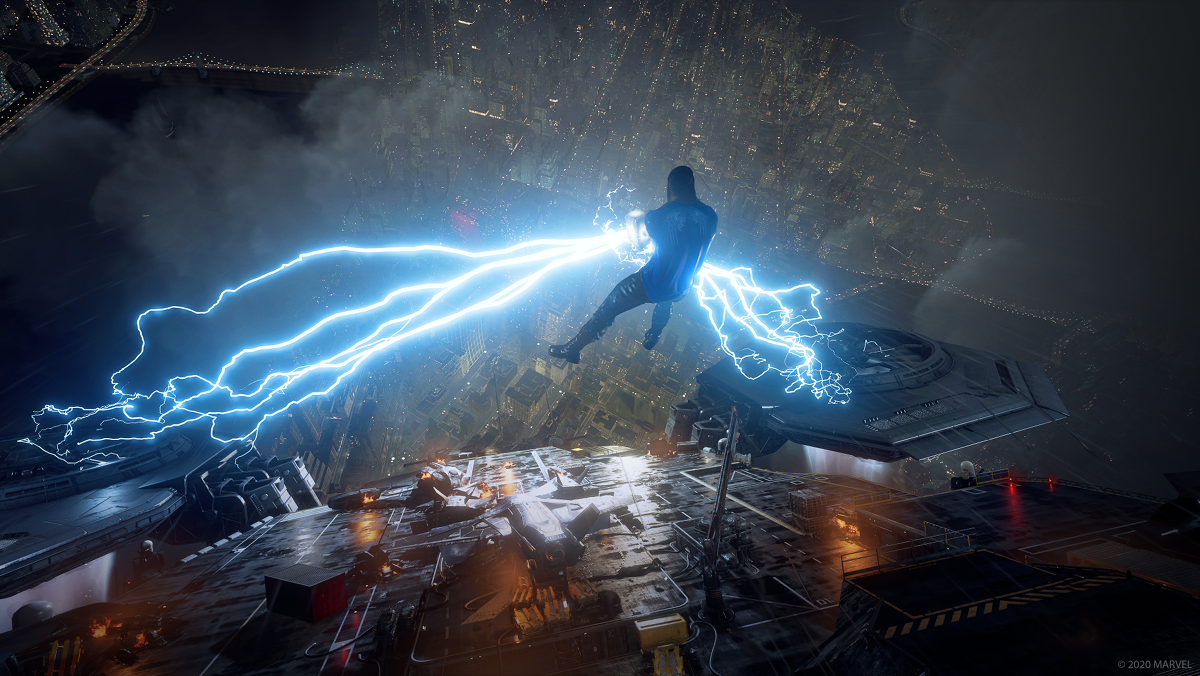 Marvel’s Avengers launches September 4, 2020, on PlayStation 4, Xbox One, Stadia, and PC. Players who buy the game on PS4 will be able to upgrade to the next-gen PlayStation 5 edition at no additional cost; Xbox One players can do the same for the Series X version.