It’s still not safe for most of us to visit other people just yet; especially those who are high risk. But there are still ways to check in on one another. And that’s what Mark Hamill did recently, when he spent some virtual time with young fans at Children’s Hospital Los Angeles. The Star Wars star didn’t just drop in for a digital hello—he also took the time answer questions, do some famous voices, and read a book that couldn’t ask for a better narrator. Luke Skywalker read a story about Darth Vader and his son.

The galaxy far, far away’s most famous hero joined Children’s Hospital Los Angeles for its 6th Annual Make March Matter campaign. The event raises funds for life-saving services that directly benefit more than 600,000 children every year. This time the campaign featured virtual visits from celebrities. That included Hamill regaling some special fans with the kid’s book Darth Vader and Son by Jeffrey Brown. He even did voices for Yoda and Darth Vader, as well as the Joker, who he played on Batman: The Animated Series. That led to an adorable bonus. The Joker voice scared his new rescue puppy, Molly, who popped in for an appearance. 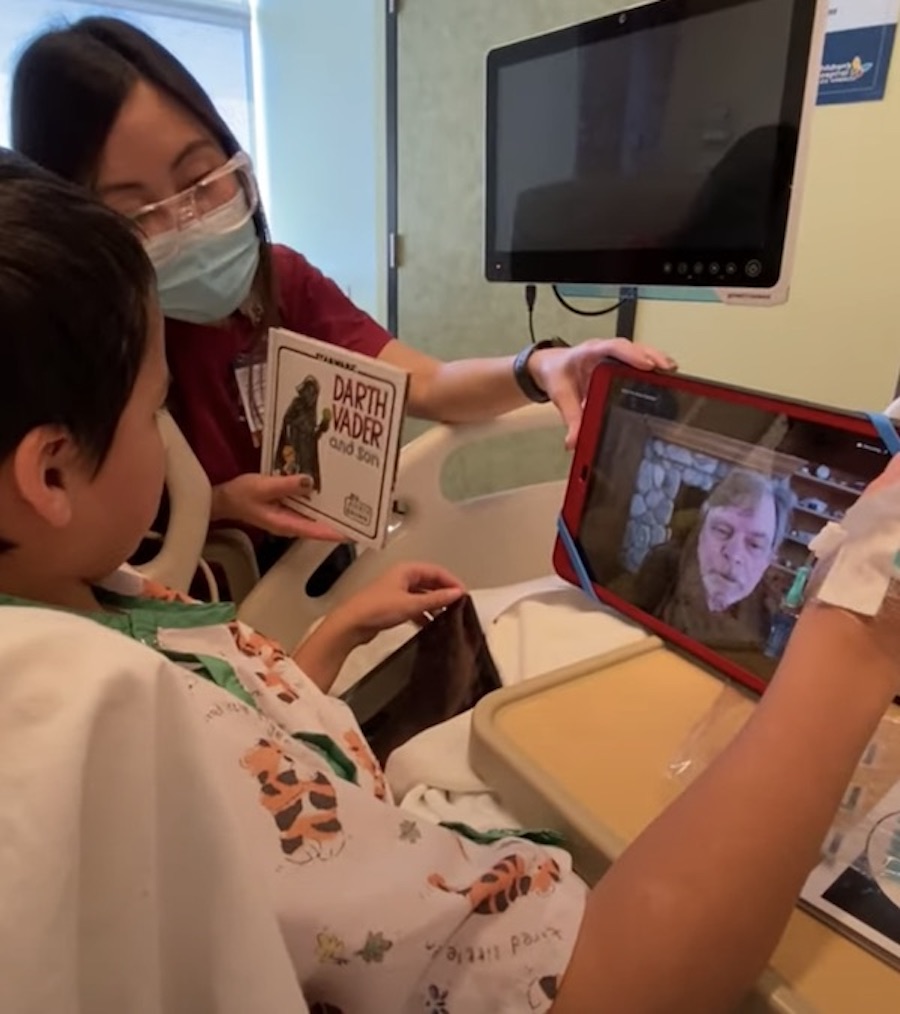 You can see even more videos of this virtual meeting at Michelle MT’s YouTube page. It was an experience that meant a lot to Hamill too.

“Virtually visiting young patients at Children’s Hospital Los Angeles was a remarkable and touching experience. My favorite part was reading a special book with them, Darth Vader and Son by Jeffrey Brown,” Hamill said. “They know more about Star Wars than I do! I really look forward to the day I can visit all the kids in person again.”

Until that day comes (hopefully soon), hearing Luke Skywalker himself read a story about his Star Wars dad is good way to make anyone feel better. You can also help some special kids feel better by donating to this year’s Make March Better. You don’t have to be Darth Vader’s son to make a most impressive contribution.