Technology and art go hand in hand. And if there’s one artist known for pushing the envelope, it’s Marina Abramović. As a performance artist, Abramović has put on many fascinating art installations. But now, she’s conquering the next frontier: the internet. Teaming up with WeTransfer, the artist has put together an exhibit entitled Traces. This immersive online gallery “immortalizes” moments of connection. The exhibit shares, “[Abramović]’s works focus not on physical objects, but a transfer of energy: from the elusive chemistry between people to the passing of time.” That means the internet suits Abramović’s projects well. It’s all about the experience. Though a physical exhibit was on display in London, this digital experience allows the exhibit to live on.

“Traces,” which we first saw on DesignTAXI, features five fascinating digital “rooms.” Some of these rooms have the soothing air of ASMR videos. A shifting image of Abramović welcomes you into her mind. Then you can explore the different sections. These rooms are titled: Quartz Stones, A Stone From Mars, The Starry Night, Rose of Jericho, and Regarding the Pain of Others. Each room highlights something important to Abramović. 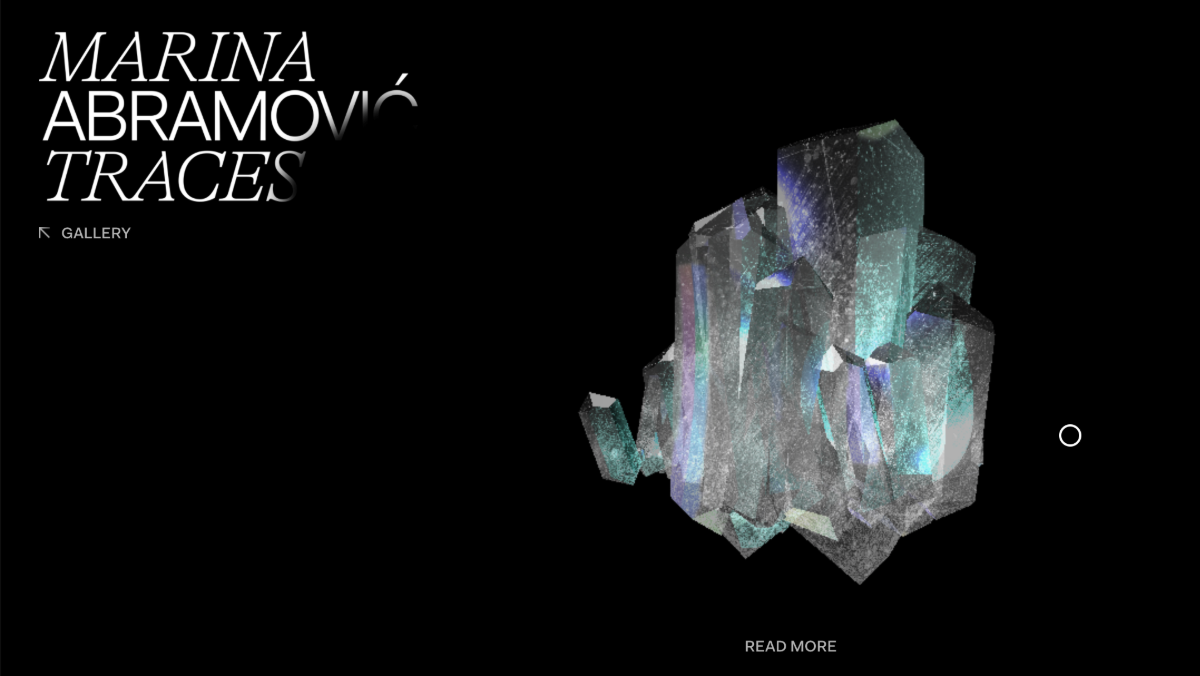 The first room is Quartz Stones. This room is a beautiful meditation on how quartz contains “the entire memory of the planet.” Visitors can shine a proverbial light on a digital quartz stone. Simultaneously, atmospheric music fills the air. Marina Abramović shares:

I began to understand the earth as a human body: quartz crystals are the eyes of the planet, tourmaline the liver, hematite – the iron – is the blood running through the planet, copper is the nervous system, and amethyst the mind. For me, quartz has remained the most powerful material of all. The entire memory of the planet is stored in a quartz crystal. 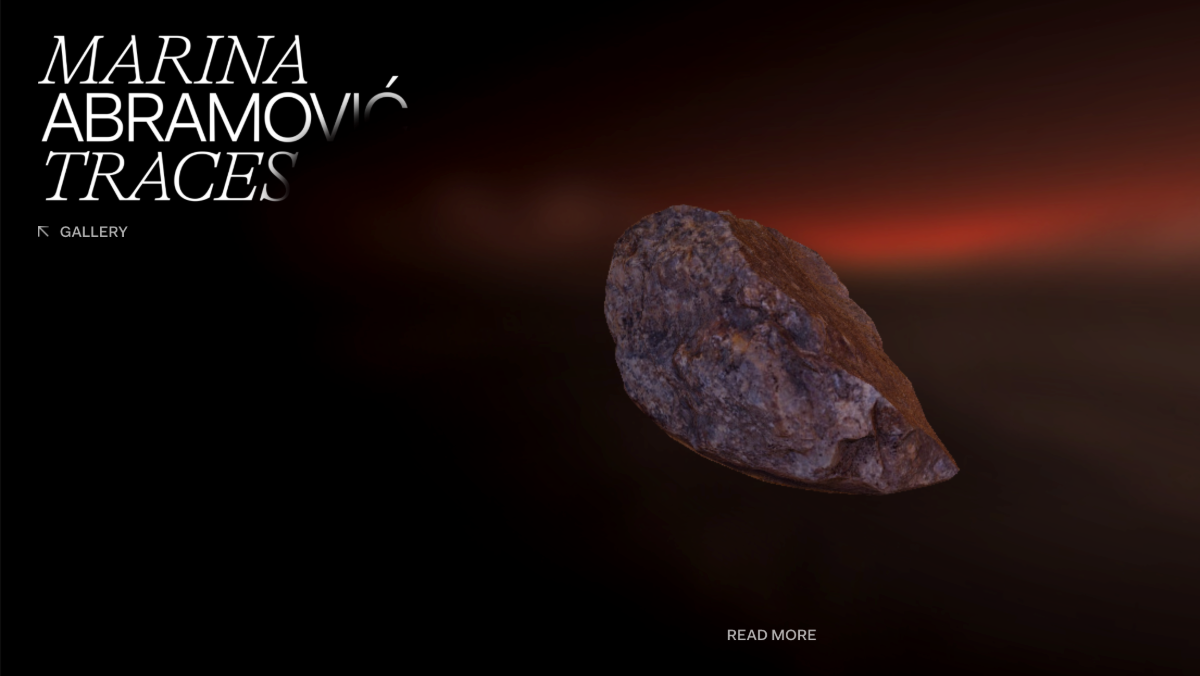 The second room, A Stone From Mars, reminds the viewers of the expansiveness of the universe. It reflects how little we know about our world. The exhibit follows a stone from Mars as it tumbles dizzyingly around the screen. The stone shifts up, down, and around in almost physics-defying perspective shifts. An alien soundscape roars to life around the stone. 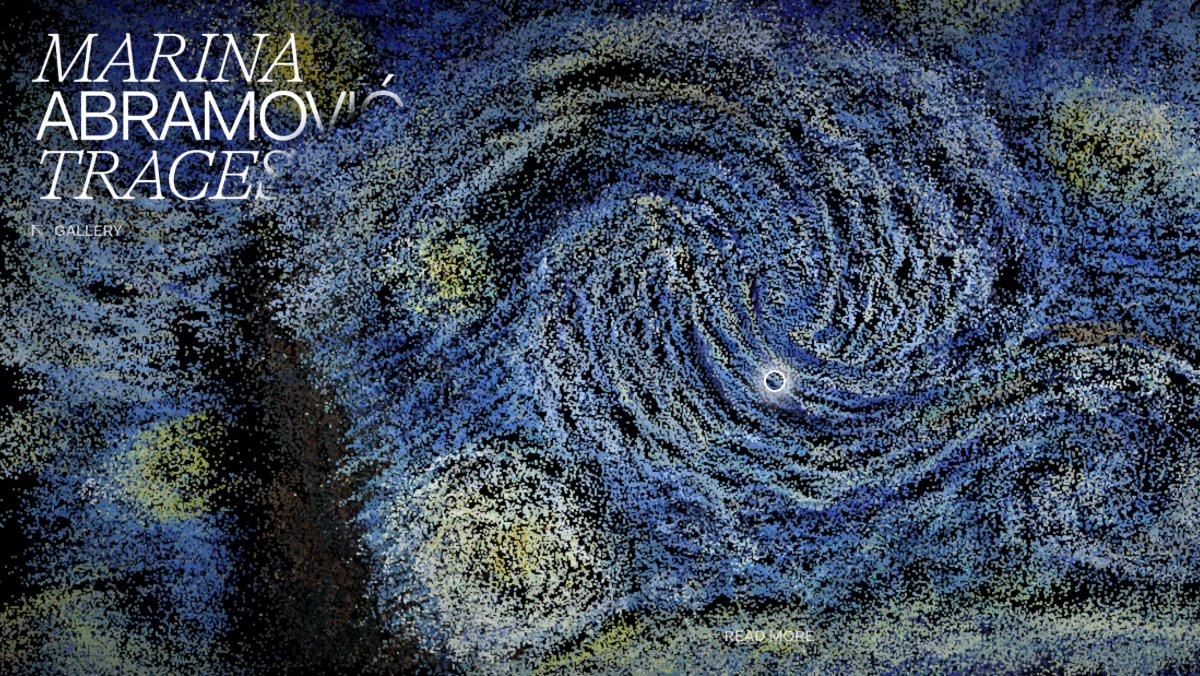 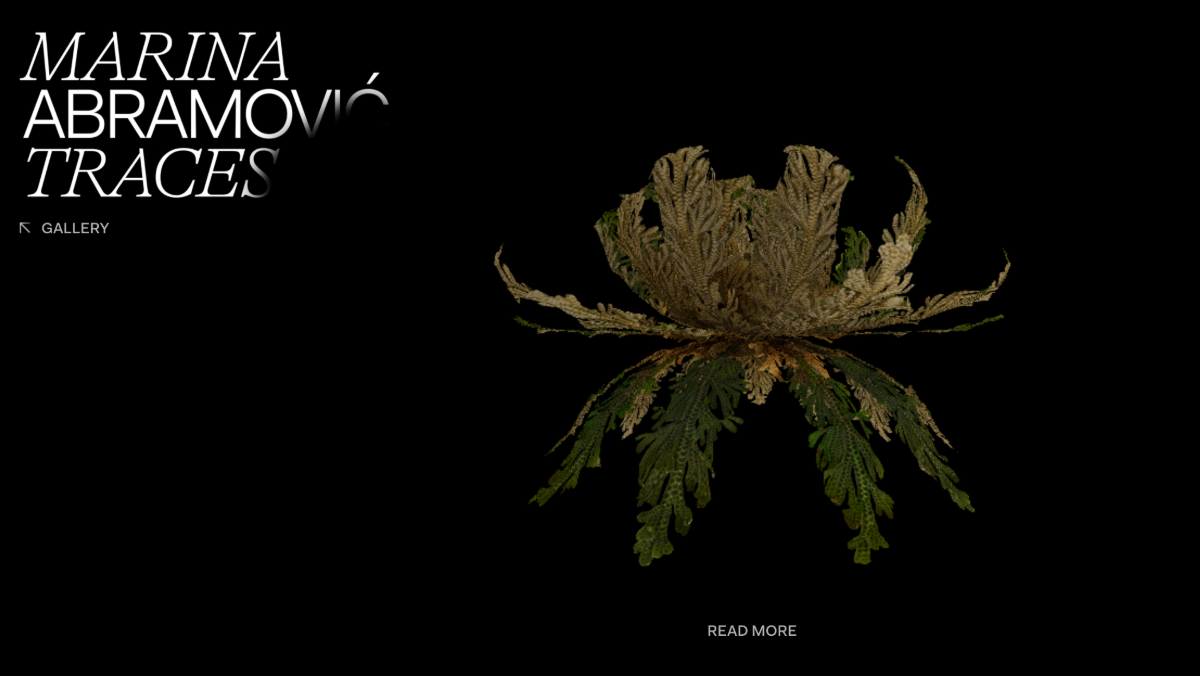 In the fourth room, The Rose of Jericho, Abramović explores vitality. The gorgeous flower unfolds eternally. Users can shift the flower’s perspective… But no matter how what, the flower blooms towards them. There is something very much alive about this “room.” Especially as sounds of rustling and near purring accompany the visual. The artist notes:

The Rose of Jericho is like a nomad itself. In its dry form, it can travel and live for hundreds of years, and all it takes is one hour in water for it to fully transform and come alive… Whenever I look at the Rose of Jericho, even in dry form, I know that there is life inside.

Finally, Marina Abramović invites virtual visitors to think about how pain connects people. Please note, there are more graphic images in this space. This room honors Susan Sontag’s essay, “Regarding the Pain of Others.”

This “immersive digital time capsule” is designed to make visitors consider the universe. And it certainly does take its visitors on a meditative adventure.