You’re the magician. Pull me back together again, the way you cut me in half. This poetic excerpt from Warsan Shire’s “Redemption” encapsulates what some romantic relationships experience. It’s the strange ability to verbally eviscerate someone in one breath before wrapping them up in passion the next moment. The kind of sharp, dramatic ups and downs that leave those involved constantly questioning their relevance and well-being both within and outside of the relationship. It involves a fallible expectation for the person who hurts you the most to heal you, properly love you, and redeem their actions in a way that they simply aren’t willing (or able) to do. Malcolm & Marie packages this type of chaotic and fragile relationship in a visually appealing and emotionally draining film.

Malcolm & Marie gives us great aesthetics with two gorgeous people shot in black and white in an equally gorgeous house. Cinematographer Marcell Rév (Euphoria) brings an artistic and stunning aura to every single frame, whether it’s Malcolm ( John David Washington) dancing to James Brown or Marie ( Zendaya Coleman) casually smoking a cigarette in the threshold of a sliding door. The visuals accompany a lovely soundtrack with everything from jazz to very well-placed tracks like Dionne Warwick’s “Get Rid of Him” and William Bells’ “I Forgot to Be Your Lover.” If it weren’t for cell phones and a conversation about paywalls, this story could have easily taken place in past decades. 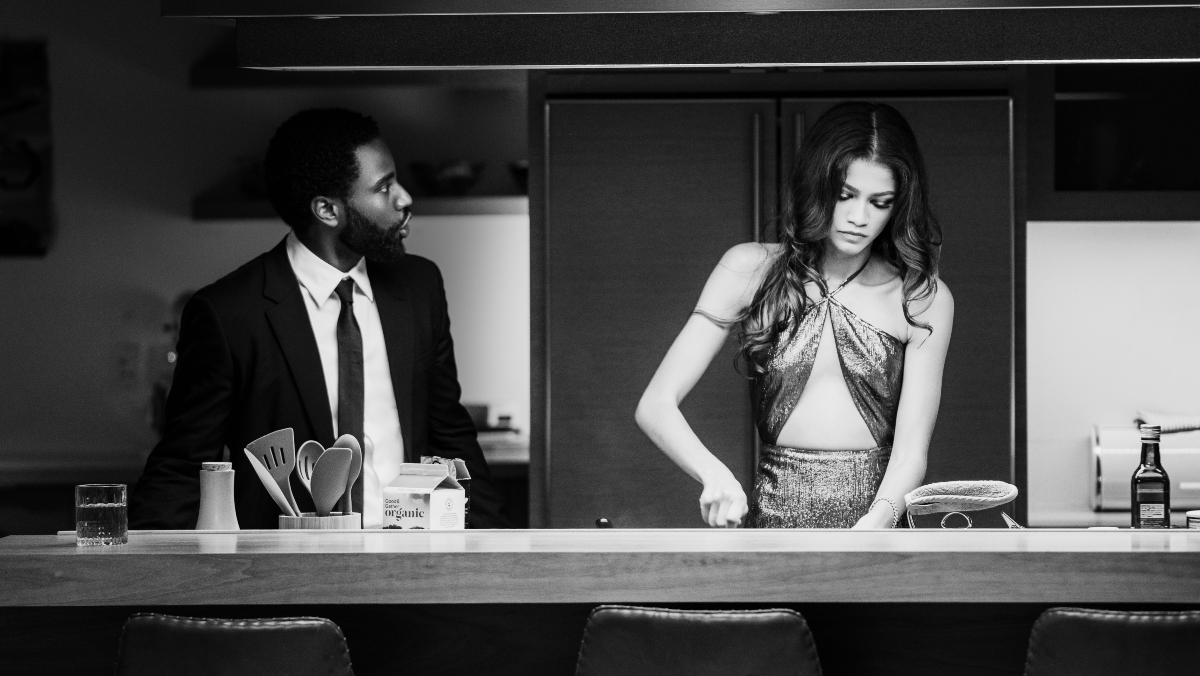 It’s immediately clear that the film’s titular characters are two books on different shelves. Malcolm’s envelopment in the thrill of his recent film debut causes him to completely miss Marie’s simmering pot of resentment. She’s rightfully upset because he did not thank her in an awards speech despite the film borrowing from her life experiences; it’s a representative moment of their larger relationship issues. As she opens up to him, things begin to cycle from verbal obliteration to quiet resolute to deeper introspection and back around the circle again.

This sparring takes place in real-time for two hours and it’s hard to decide if it’s to the film’s advantage or detriment. It’s the type of material that would certainly pack a poignant punch in a short film; however, taking this fight to film-length immerses the viewer in the sheer exhaustion of their interactions. Zendaya and John David capitalize on every minute as they scream, punch air, cry, kiss, and exorcise these characters’ pain.

Marie gives Malcolm the “and another thing” treatment while he gaslights her until they finally break each other (and the viewer) down. It can certainly be shocking and triggering material for those who have experienced a verbally abusive relationship or are uncomfortable with seeing two people rip at each other. But once the drama pulls you in, it’s hard to look away. 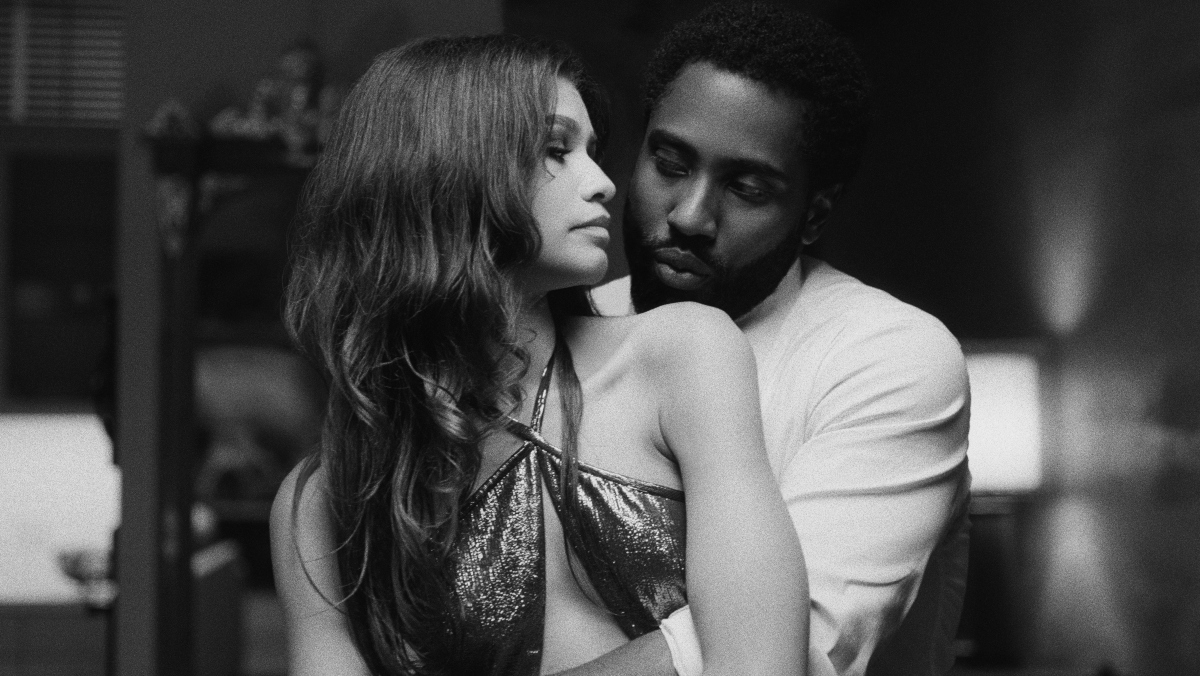 Malcolm & Marie brilliantly explores the potential pitfalls of a relationship with a co-dependency and addiction foundation. Marie is Malcolm’s fragile muse whom he gracefully “saved”, shaped, and polished into a beautiful trophy girlfriend. Malcolm is Marie’s consistent force who builds her up while simultaneously tearing her down because he’s a narcissist. Malcolm and Marie may be “madly in love” but they should not be anyone’s love nor relationship goals.

The film loosely addresses backlash about the real-life age difference between the actors via some expository conversation. Malcolm is older and met Marie when she was 20 and using drugs, which further plays into their power imbalance. Zendaya breathes life into Marie as the character’s innermost thoughts and pain open like a flower throughout the film. Her profound sadness over what could have been a careless oversight looks shallow at first but it runs deep. She’s disturbingly aware of her place in Malcolm’s life and the toxicity of their relationship; however, she won’t leave him out of a sense of obligation and loyalty.

“I was good f**king material. Hmm? That’s why you stuck by me. Because I was a story. It was a world of emotions you weren’t used to seeing so f**king close. And because I was 20 years old and I’d never been loved the way you love me or you thought you loved me, I didn’t realize what I was to you. A f**king movie. A tragedy. One that you could continue to watching for as long as you were there for me.” 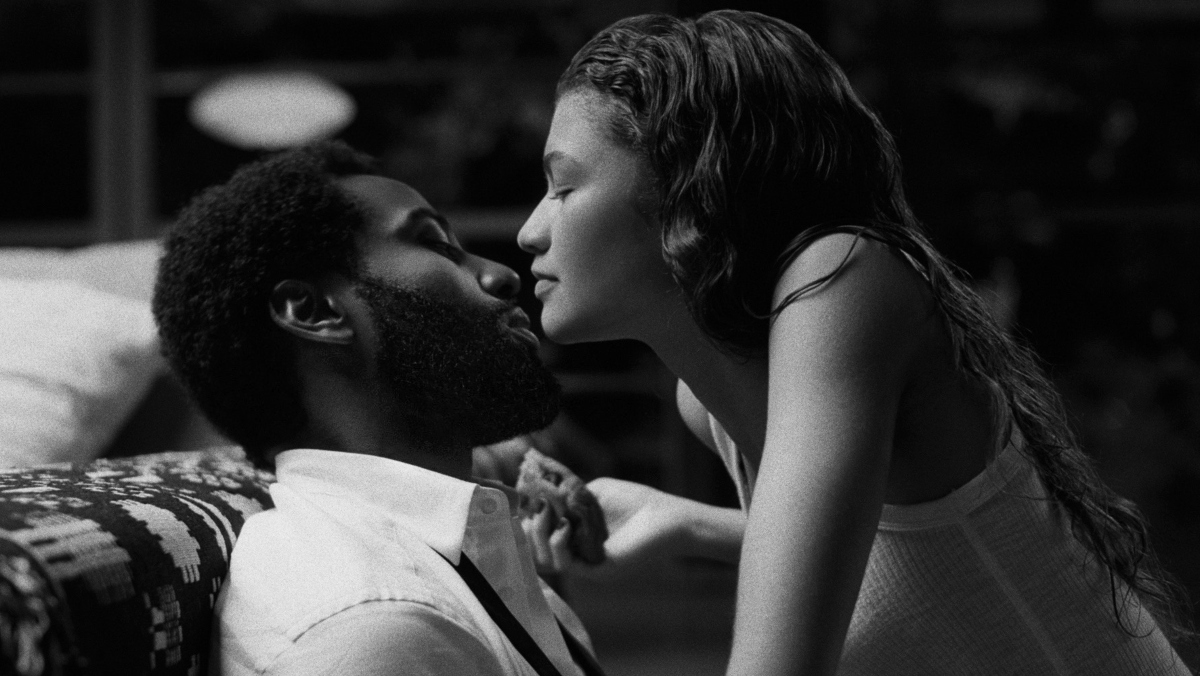 But, she’s more than the long-suffering girlfriend. Marie exhibits a lot of knowledge about the film industry, offering her own takes about a thespian’s place in society. She is a person with her own talents, goals, fears, and shortcomings, too. Marie speaks to the oft-discussed burdens that women often bear in heterosexual relationships, both physical and psychological.

Her expletive laden exchanges with Malcolm have slightly more control and care but still bite with brutal honesty. As she sheds her presumably designer dress and heels, she also strips down emotionally to reveal her heart’s deepest aches and regrets. At the core, Marie wants the basics from Malcolm—gratitude, appreciation, respect, and communication without discord. She admits he is “as good as he will get” but still hopes for change anyway.

At one point, Marie calls Malcolm an “emotional terrorist” and he lives up to that description. He quickly buoys between a cynical egomaniac whose main defense mechanism is verbal abuse to charismatic, apologetic, and desperately seeking Marie’s love and approval. Like many people in a long-term relationship, he assumes she will always remain in his corner. Malcolm craves her presence but doesn’t see her, often yelling at her like an object instead of engaging her like a person with thoughts and feelings. He’s like an active minefield that Marie (and others) must navigate carefully to avoid detonation. Any sparks of truth about Marie’s self-sabotaging behavior, low self-image, or talent is undermined by his verbal pummeling. 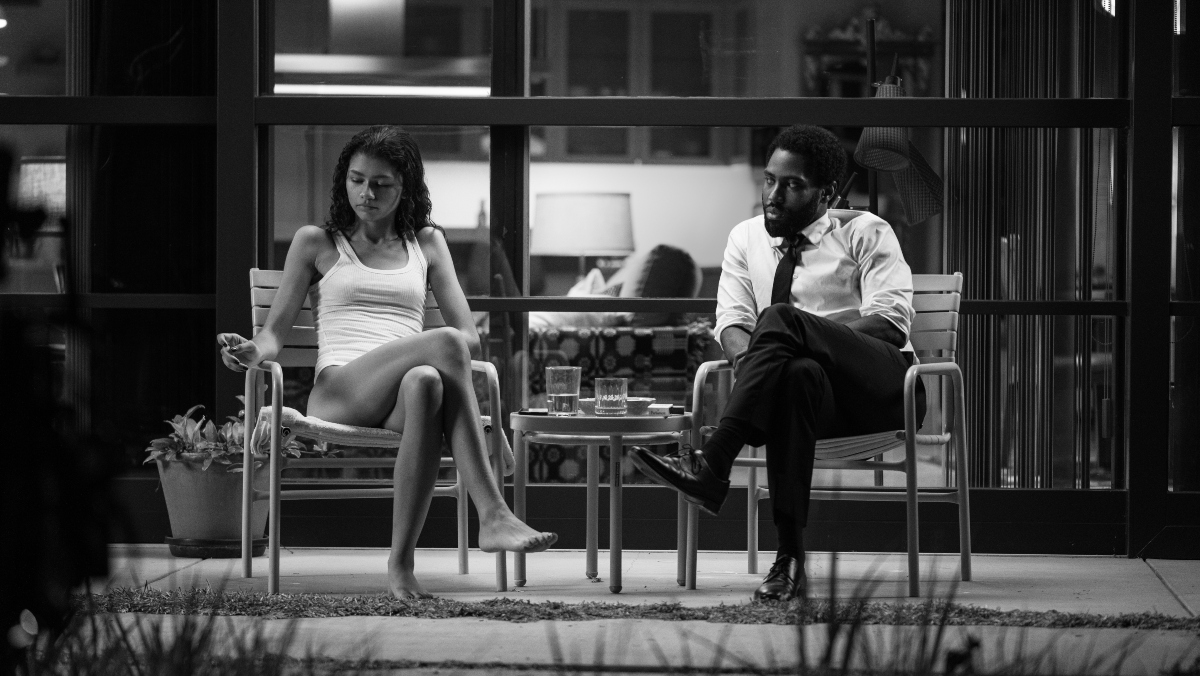 In many ways, Malcolm feels hauntingly real; but he’s also a vehicle for director/writer Sam Levison to blow off steam about un-nuanced critical views and concepts surrounding art and authenticity. Levison (a white man) certainly has the right to express himself, but his attempts to put a Black lens on Malcolm’s commentary doesn’t translate in a way that feels legitimate. Malcolm’s lengthy diatribes about reviews and journalists drag on for too long, even if it does ring true to the character’s own self-indulgence. Washington’s charisma and his ability to elevate dialogue is the only reason why viewers won’t want to skip past these monologues.

In fact, some of Malcolm & Marie’s best moments exist in the unspoken times—when Malcolm spins Marie around to kiss her or the way she looks at him sitting on the couch with a drink. It’s in the bodies and eyes of the actors where the story, the chemistry, and the heartbreak lie. That’s not to say that there isn’t noteworthy dialogue; several of Malcolm and Marie’s monologues do pack quite a powerful punch. But, Zendaya and Washington bring a special spark to something that would have fizzled with less capable stars. Even then, you’re more than ready for them to stop attacking each other and go to bed.

Malcolm & Marie leaves these characters in a quiet stalemate, completely exhausted from the long night. They have magically pulled each other back together again but they would be better apart.