Social media is ephemeral and everlasting. A beginning and an end. Constellations and a black hole. It is where we escape to find inspiration and meaning and actuality, but can just as soon drown in a tide of manipulation. To create an account is to shake hands with the devil. An accordance of sorts; entering uncharted territory, where boundaries bend and curve and disappear entirely. Where values fly to the wind. Some catching hold of genius, others dissolved into nothing.

Gia Coppola gets the allure. Her new film, Mainstream, is about the great storm that is social media fame. And how creative pursuits malign once they enter that bargain. The movie stars Maya Hawke as Frankie, a wannabe creator trapped in the amber of modern-day Los Angeles. She wants to make things and say things and know things, but she isn’t sure what. Instead, she spends her days as a bartender at a magic-themed lounge bar, where she pals around with her coworker Jake (Nat Wolff), who is secretly in love with her. Sometimes she’s recruited into magic acts where she dresses as an oversized baby. It’s as grim as it sounds. 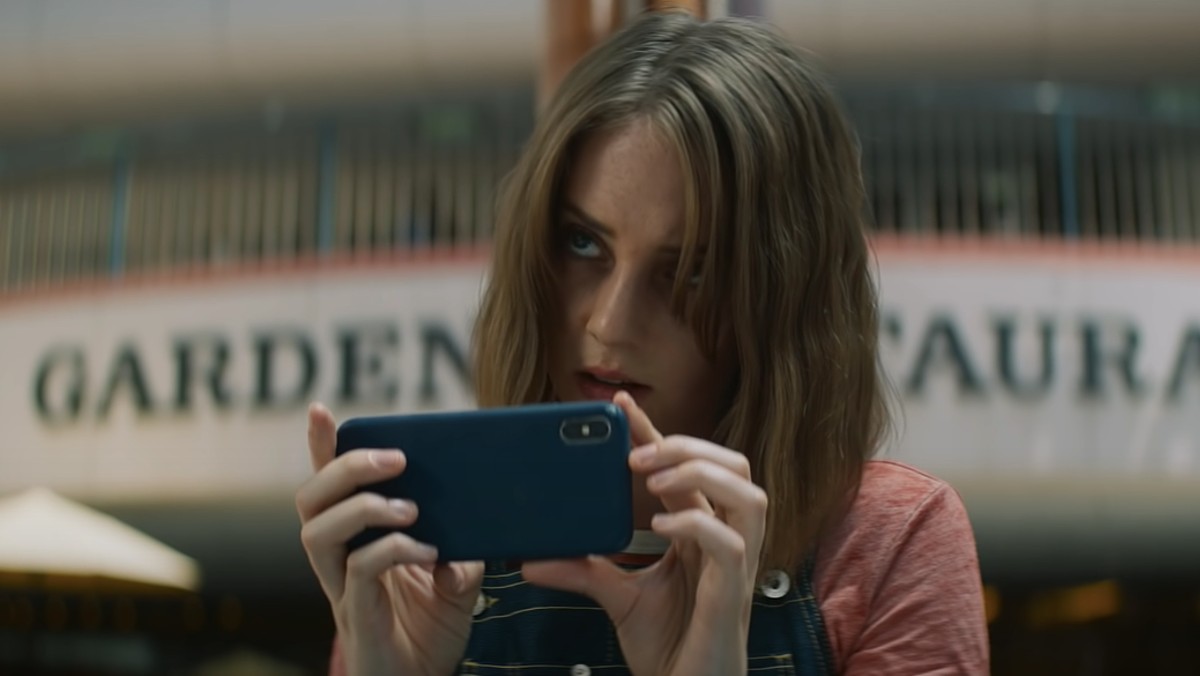 But then she meets Link (Andrew Garfield), who manifests like a mirage; an amalgamation of oddities and mania and clashing personalities. He’s dressed as a mouse the first time he appears. Later, he crosses in front of her car in tattered clothing. Always a different character; a new mask for every mood. Frankie can’t quite figure him out. And thusly, she flocks to him like a fly to blinding light. He might be the answer to this creative rut of hers. Someone like him—chaotic and beautiful and untamed—is just what the moment needs. She films him ranting about a Kandinsky print and uploads it to YouTube. It’s a sensation. Soon, one hit leads to the next. Their “art” is satirical—taking aim at the vapidity of modern culture—and yet succumbs to the very thing it critiques.

For Hawke, Mainstream is the story about the creative process, and how it changes when money and attention enter the picture. “You start making things so that people will like it, rather than because you need to make it,” she recently told Nerdist. “And that leads you down a really different path of creative thinking than just the instinctual compulsion to capture something that you feel.”

Coppola came up with the idea for Mainstream after watching Elia Kazan’s A Face in the Crowd. (In many ways, Mainstream functions like a Gen Z reboot of that 1957 film.) “I felt like even though it was made in the 1950s, it felt very relevant and I loved this kind of satirical approach [that] was saying big things about culture and about technology,” Coppola told Nerdist. “And also just being in this context of a young woman and a love story. That really kind of lead me down the path of all these other films that have a similar kind of tone and idea, like Network and Broadcast News.” 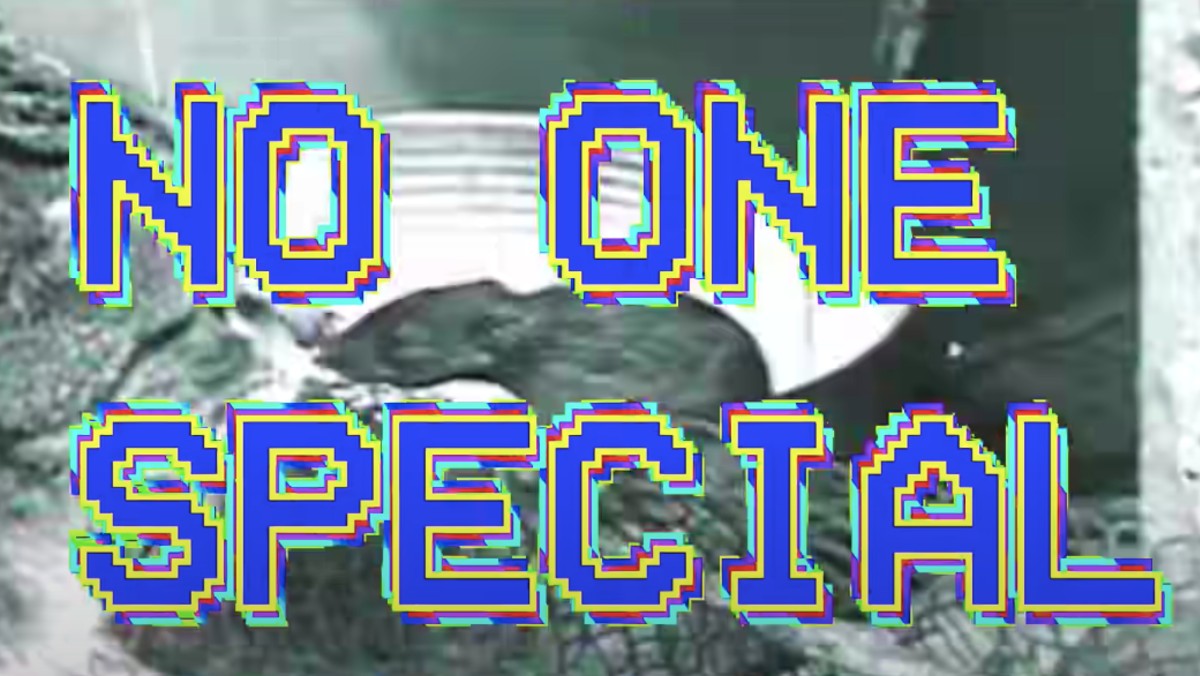 Indeed, Mainstream feels very much like those films, especially as Link’s YouTube success—under the name No One Special—grows. And especially as he crosses the boundaries of decency in his pursuit of notoriety. Andrew Garfield anchors the film with a maniacal performance, one that has him humping stages and running down the street wearing only a prosthetic penis.

Garfield, a friend of Coppola’s, told Nerdist he came onto the film due to a shared interest in the material. And also because he gets to play so against type. “I got to play this very outlandish, liberated, free, maybe grotesque, uncensored character that I’ve never played before,” he explained.

Link’s relationship with Frankie also gives Mainstream its thrust. Jake—who works as a writer on the game show Link and Frankie conceive—pines after her. But she can’t help but find herself in the storm of Link’s persona. In a lot of ways, it’s the inverse of stories we often see in films like this. Frankie isn’t the mockable Manic Pixie Dream Girl. But Link might just be a Manic Pixie Dream Boy. 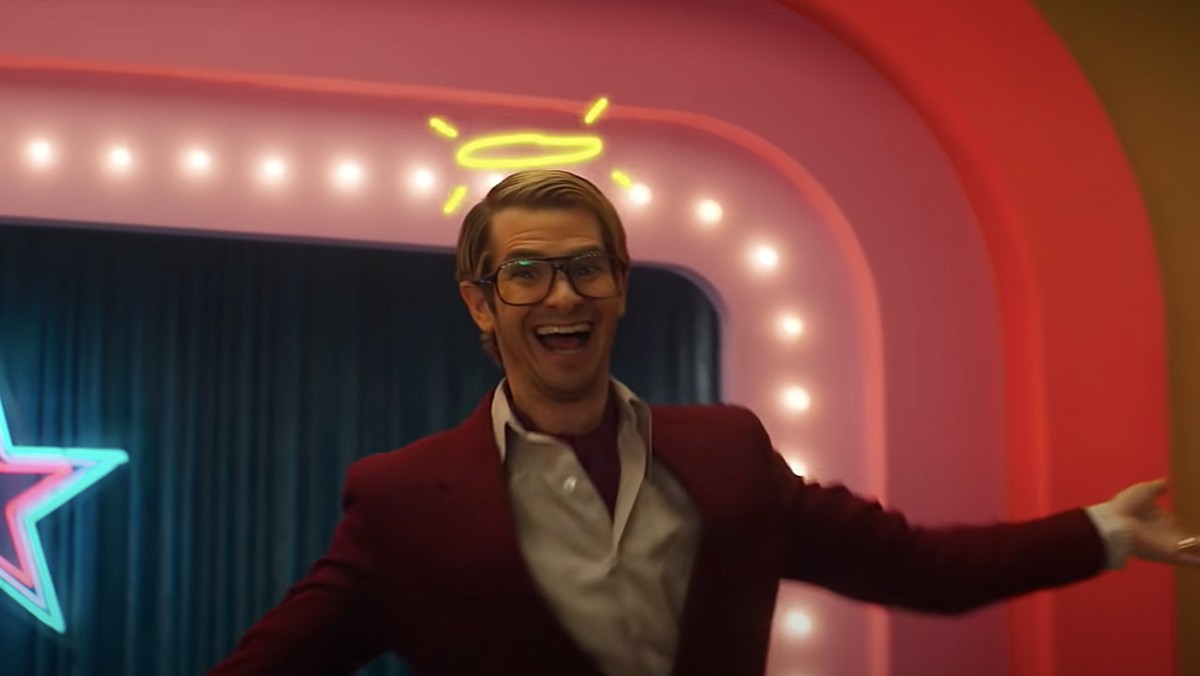 “I think giving a young woman permission to be boring is an amazing thing that Gia did,” Hawke said of that inversion. “She gave me permission just to be. I didn’t have to sparkle, I didn’t have to look great, I didn’t have to push or be sexy. I got to just be a person and have ideas, both on camera and off, and respond and exist. Getting the space to exist without having to carve out room for yourself by painting your face in glitter or whatever, is a really amazing and relaxing way to be.”

That dynamic is another thing Mainstream borrows from A Face in the Crowd. “I think you see it so often,” Coppola said of the Manic Pixie Dream Girl trope. “It’s an older idea of women being the one that is the uplifting, creative influence on a man.”

The doomed relationship is one aspect of the story, but Mainstream also has a lot to say about social media culture as a whole, beyond its central characters. The movie—which also stars real-life YouTubers like Jake Paul and Patrick Starr—shows us how all-consuming the performative aspect of that lifestyle is. It’s something that Garfield, who acts within that headspace in the film, has some concerns about. 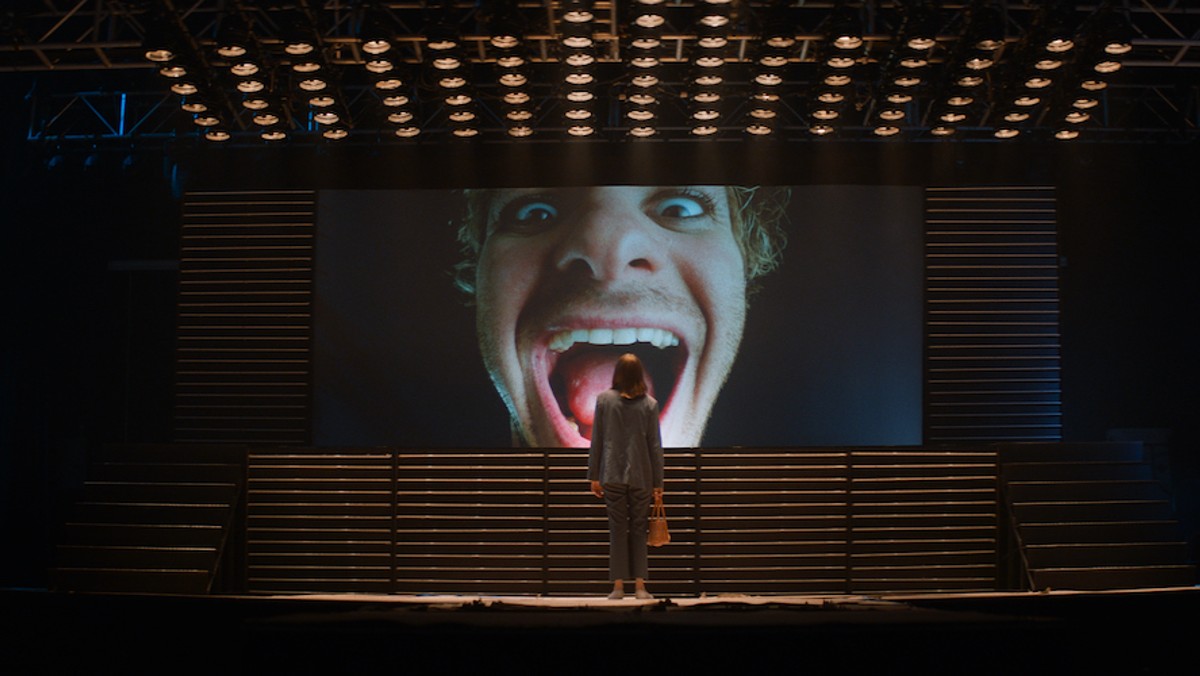 “It’s the Icarus myth,” Garfield explained. “It’s this obsession with ascension. I think we value ascension above everything else … You can apply that to every aspect of life I think. I think descent is as important as ascent, and I think we try our best to avoid descending at all costs. And I think the ultimate version of that is death.”

Link certainly straddles that line throughout Mainstream. It’s both fascinating to watch, and quite grim. And it makes one wonder: what is this all building to? Is death the only outcome, or is there a certain euphoria to be had when one succumbs to the spell of social media fame?

For the stars and creator of Mainstream, their own relationship with social media is still in flux. When I asked them about their own personal philosophies about social media, each had a similar response: they haven’t quite figured it out. 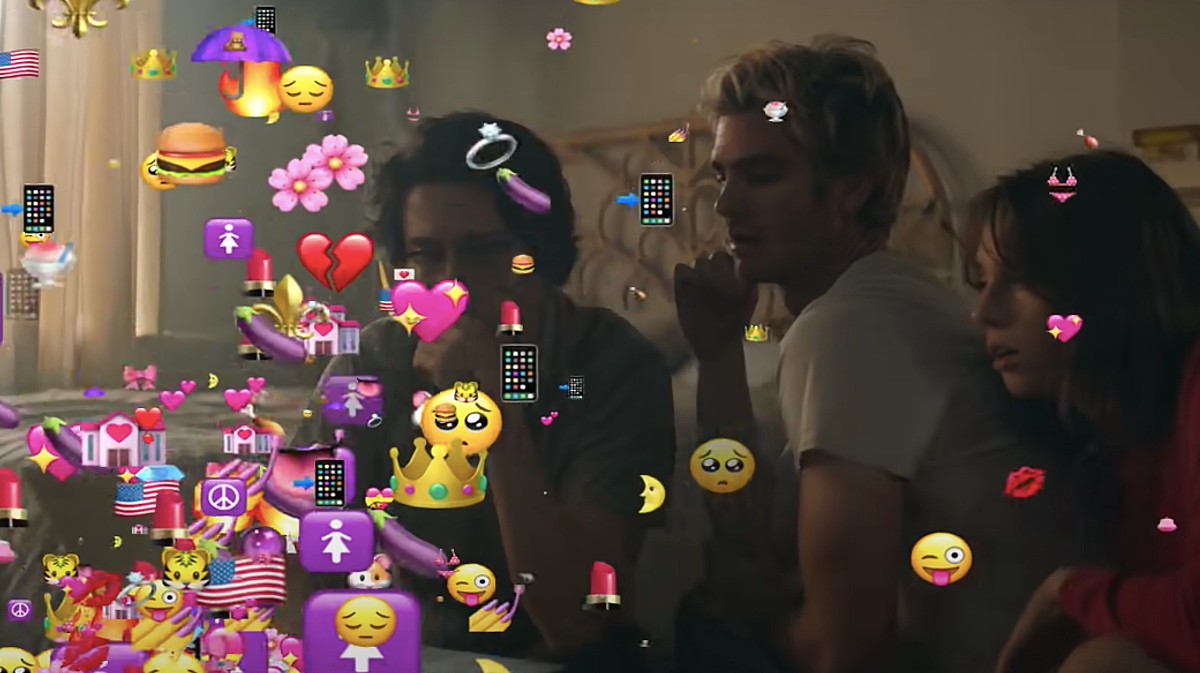 “I know that I just really I love being an actor,” Garfield said when I asked about the pressure to have a social presence. “I love telling stories that are meaningful for me and hopefully for other people. That’s my only mission. My ethos is to make things that will be illuminating for people or moving for people or entertaining or any of the above really. Something that reminds us of what we’re all doing on this planet. That’s my only intention. So social media is not something that I’ve really been tempted to be a part of.”

Garfield—who was trending the day we spoke due to his admission that he has a private Twitter account where he follows Spider-Man discourse—did again admit that he uses Twitter. But it’s just to “follow news and people that I find funny and brilliant.”

“Part of why I went into making this [film] was to figure that out,” Coppola said of her relationship with social media. “I was just feeling very overwhelmed by so much content, and kind of needed to emoji vomit it out. But again, there’s a lot of great things that come out of social media. All the activism, and finding little pop up restaurants that are happening during this time, and clothing designers. I feel much more detached or a bit healthier with it. I don’t have it on my phone anymore. I don’t have the desire to look at is as much.” 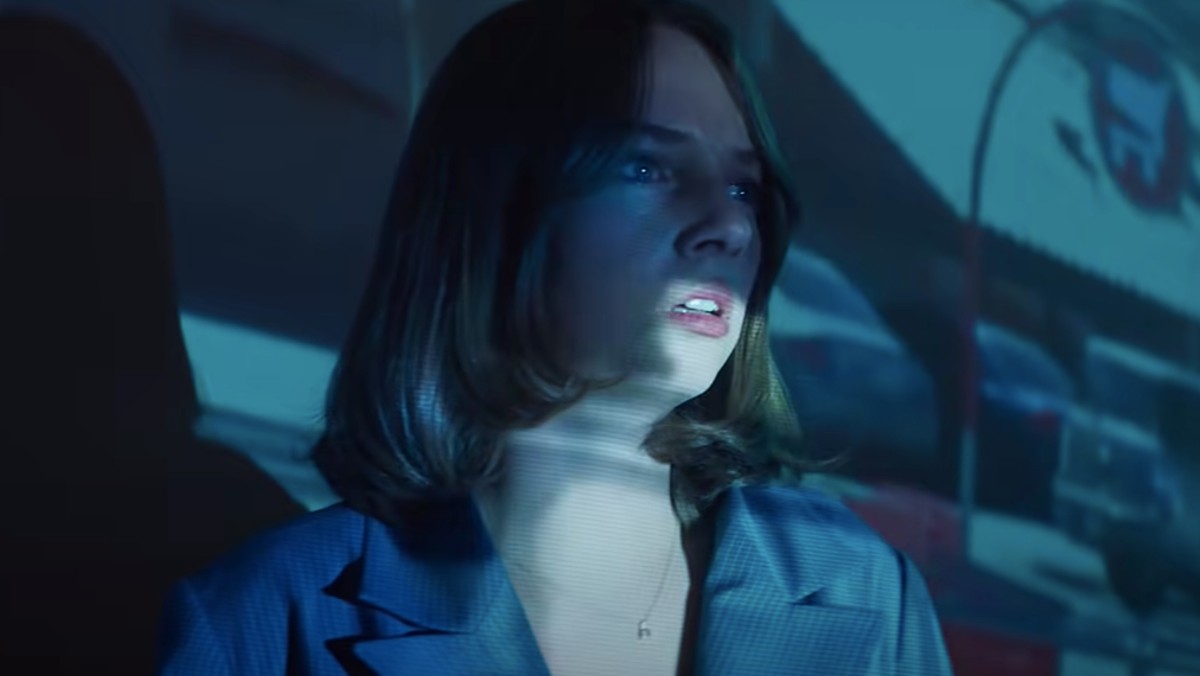 That’s certainly a healthy approach. Hawke also has a seemingly healthy mindset about social media, and one that speaks to the content and concerns raised by Mainstream.

Mainstream is playing in theaters and On Demand now.