If you’ve caught our first episode of the newest season of Spellslingers (our Magic: The Gathering show) you’ll quickly learn Magic: The Gathering is an exciting, fun and quick playing game. If you’re new to Magic, you may have questions. What’s a spell? What do you mean by permanent? What are lands? Don’t worry, we got you. We’re going to work through those together and then talk about some tips to keep you on track for your next deck brew! 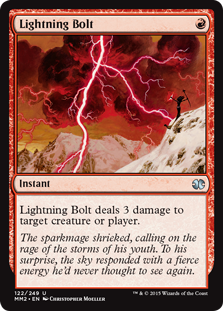 A spell is anything that isn’t a land (because they’re cast into play using mana, provided by your land cards). Lightning Bolt, that sweet 4/4 creature you have that costs 3, that counterspell you might have, or that enchantment that affects the game in some unique way. Some cards are more specific with how they interact with other cards, such as “Counter target creature” or “Deal target creature 3 damage”, but those cards are still spells at the end of the day. 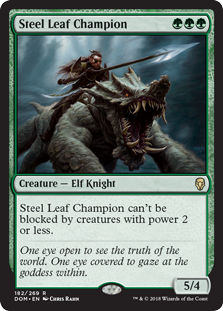 Here we have a sort of square and rectangle scenario. Some permanents are spells, but not all spells are permanents. Creatures, Enchantments, Artifacts, and Lands are all permanents. Instants and Sorceries, however, are not permanents. Once you play them they go away in some fashion; usually to your discard pile (or graveyard for specific magic terms). Permanents, however, stay on the battlefield after they have been played. Creatures are there to fight for you, Enchantments can be played in a variety of ways, and Lands help you to play those cards. 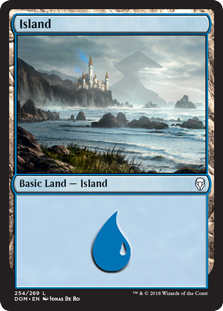 Lands, as mentioned above, are permanents and your resource for playing spells. You can play one per turn and there are two types of lands: basic and non-basic. A basic land is any card that has the Basic Land keywords on it such as Plains, Forests, Mountains, Swamps, and Islands. Non-basic lands are any land card without the basic supertype. They generally have some sort of effect beyond providing you basic mana or enter the battlefield tapped for example.

Those 3 distinctions make up the basics of card types. Within them, we have Lands, Creatures, Enchantments, Artifacts, Sorceries, Instants, and Planeswalkers. Other game types within Magic might have unique new card types, such as Conspiracies, (which were from an amazing set to draft), that fall outside of these general classifications. I say this because it can be daunting, but you’ve got this: we’re going to get there together and you’re going to have a pretty decent chance if take these tips into consideration.

Deck Construction: This is about as technical as I’ll get for this article. Your deck needs to consist of at least 60 cards. You can have no more than 4 of a given card aside from basic lands. Go ahead and have 23 forests, but you can’t have that many Llanowar Elves. 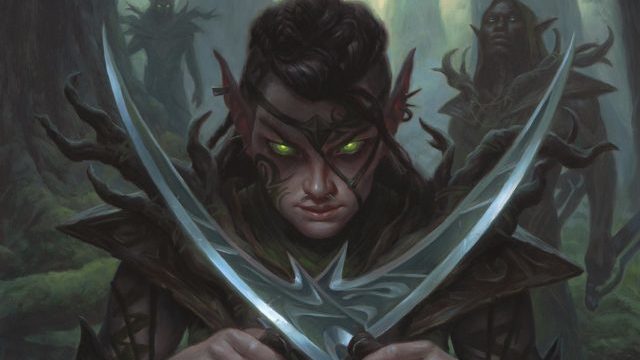 You can have a 15 card sideboard that will allow you to swap cards out of your main deck between rounds. These 5 cards must still follow the same rules for deck construction, so if you have 2 Llanowar Elves in your deck, you wouldn’t be able to swap out more than 2 cards for 2 more Llanowar Elves.

Colors and Card Costs:  Make sure that whatever colors you want to play have matching mana. You don’t want to have green creatures in your deck and use swamps. You’ll never play those cards and it’ll just bum you out. Also look at what is feasible. You may not want to put that 8 cost card into your deck unless it really works well with everything else going on. Just look at the top right of those cards, see what the costs are, and have your lands reflect this.

I typically approach all of my deck brewing with a goal for the deck. Do I want to win via a combo, having tons of creatures, creating an interesting problem for the opponent to solve, or something else? Whatever the case may be, having this in mind as you build your deck is step 1. After that, I use a few benchmarks I deviate from depending on the deck.

Your lands are paramount to victory. I try to have at least 23 to 25 lands in my deck and I look at the colors being played to help determine this. I tend to sit at 23 when I first start brewing a deck and adjust up or down depending. Some cards have double or triple costs for a single color. That’s going to help skew your mana pool.

I just count the mana symbols on cards to help give me a rough idea. If I have 21 Green mana symbols and 25 White mana symbols, my lands should reflect this by having more white producing cards than green by a bit. On the opposite end, you don’t want to have too many lands. It’s definitely okay to have cards that aren’t lands that produce mana if it works for your deck but be careful.

Once you’ve got your lands and mana production figured out, I would say that mana curve is the most important concept to keep in mind. What this means is looking at the costs of cards you want to play and figuring out where you deck really shines. Aggressive decks tend to stick around the 2-3 cost range while some control decks will go upward of 5. This also plays into your mana base and knowing that you’ve got a card that costs double white for 2 and a card that costs 1 green and 1 colorless for 2. That’ll once again skew your mana pool a bit from a construction standpoint. Keeping this in mind will help determine what cards you want to put into your deck so that every card matters.

There are decks out there that just don’t have creatures in them. They could have a lot of direct damage or different days to achieve victory. For anyone’s first deck, I recommend a good balance of creatures coupled with other cards. If you’re playing with 23 lands, I think about 20 creatures to 22 creatures is a solid place to be. This will put you at 43 to 45 cards out of your minimum 60 and help to ensure that you’re not just swept off the table. You can look at creatures along your curve or you can play tons of quick, low-cost creatures to get tons of damage in (also known as a form of aggro). Make sure those creatures still matter. A 2/2 for 2 when another creature is a 2/2 for 2 with some sort of effect is worth taking a second look at.

This is where you get to be a little more tricky given that I just named 4 card types. You can have combat tricks that make your creatures bigger, cards that remove obstacles by exiling the opponent’s creatures, counter your opponent so they can’t play a card they need or get yourself extra turns to name a few examples. This is where you really get cards that don’t always do what creatures might. It’s also the most subjective based on what your goal is. If you aim to control, you might have counterspells or things that return cards to your opponent’s hand. If you’re playing aggro, you might have direct damage to hurt your opponent or their creatures. The possibilities are, as is often said, limitless. Use that remaining space to figure out what’s fun for you.

I typically advise newer players to avoid Planeswalkers to start while they hammer out the basics. They’re ridiculously fun cards, but add an extra layer of complexity that you don’t have to jump into right away. (Though if you really want to, feel free to.  I’m not going to tell you what to do — I’m not your deckbuilding supervisor.)

I hope this has helped you get started or boosted your confidence in some way. I’m no pro, but I absolutely love building decks that are weird and having fun. I don’t believe there are wrong ways to build decks unless you’re not using the right lands and you’re not having fun. After all, the number one objective of any game is to have fun. The goal may be to win, or play that awesome creature, or do some neat combination of card plays, but in the end, it is a game. If you’re having fun and are excited to learn, you’ll do great.

Let us know in the comments what decks you’re brewing or were your favorite to play in the comments below! And don’t forget to check out the new episodes of Spellslingers that go live every Wednesday at 8AM PT.