If you grew up in the ’90s, you were almost certainly a little bit in love with Lucy Lawless and Renee O’Connor. The pair became fan faves as Xena and Gabrielle on the iconic Xena: Warrior Princess. Bickering their way through a fantastical landscape, the girls were badass fighters, loving friends, and perhaps… even more. But it’s been decades since we’ve seen them together. Luckily for us that’s all about to change. In the upcoming season two finale of Lawless’ cozy murder mystery series My Life Is Murder, O’Connor guest stars. To celebrate this momentous occasion we chatted with them both—and tried not to die—over Zoom. 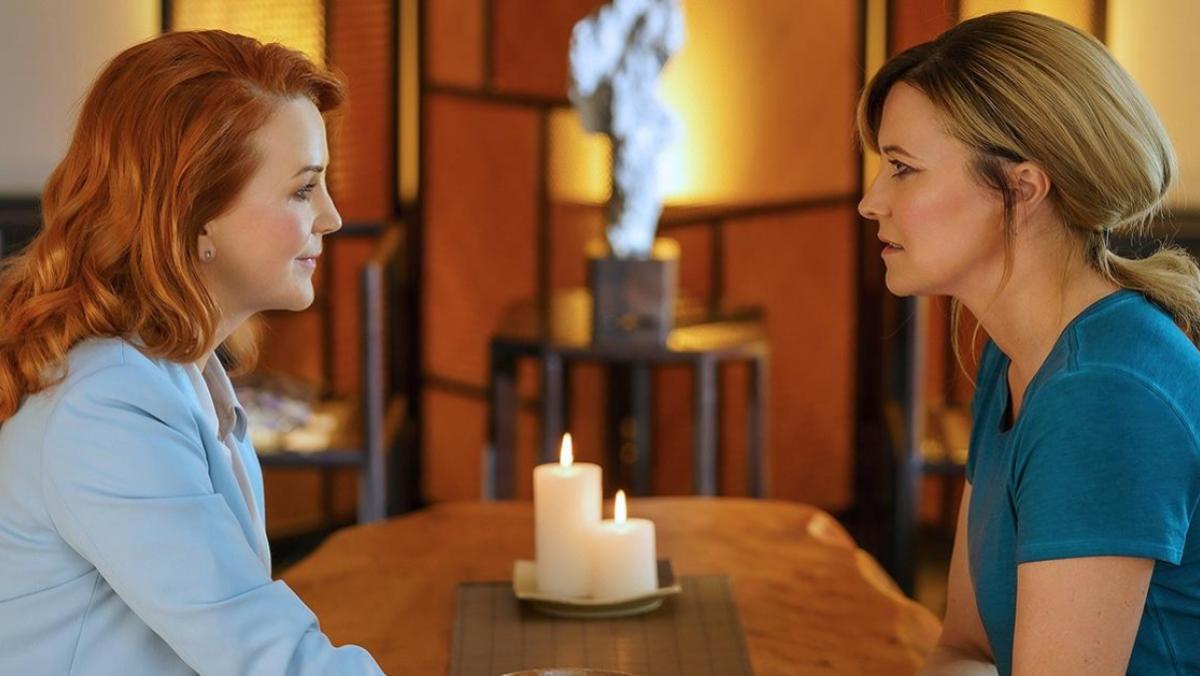 Nerdist: It’s so wonderful to talk to you guys. I could gush all day about the impact of Xena! But I’ll get straight to it. Lucy, when did the idea of bringing Renee into My Life Is Murder first come about?

Lucy Lawless: I had it from the very start when we were over in Australia. For some reason because we were still developing the show we couldn’t make it happen. But this time when we went to New Zealand, I said, by hook or by crook, we’re making it happen. And somehow, even though we were in a pandemic and it should have been impossible, my producers made it happen! It was a perfect storm, it was just meant to be and it was just magical. The odds against it happening were so incalculably low and she was available!

And Renee, what was it like for you when you got that call that it was actually going to happen?

Renee O’Connor: I was really stunned. Lucy reached out around February,

Lawless: We were in lockdown!!!

O’Connor: We had just survived an insurrection! (If you want to say we survived it.) The last thing on my mind was that Lucy would invite me to New Zealand to film on her television show. It was just like a dream. So I was really shocked and I was like, ‘Whatever I can do to help facilitate my being there, let me know.’ But as Lucy said, it was her production team that just went straight to work and figured it out. It was really such a surreal experience to go from this very heavy place in America to the land of gods and goddesses. 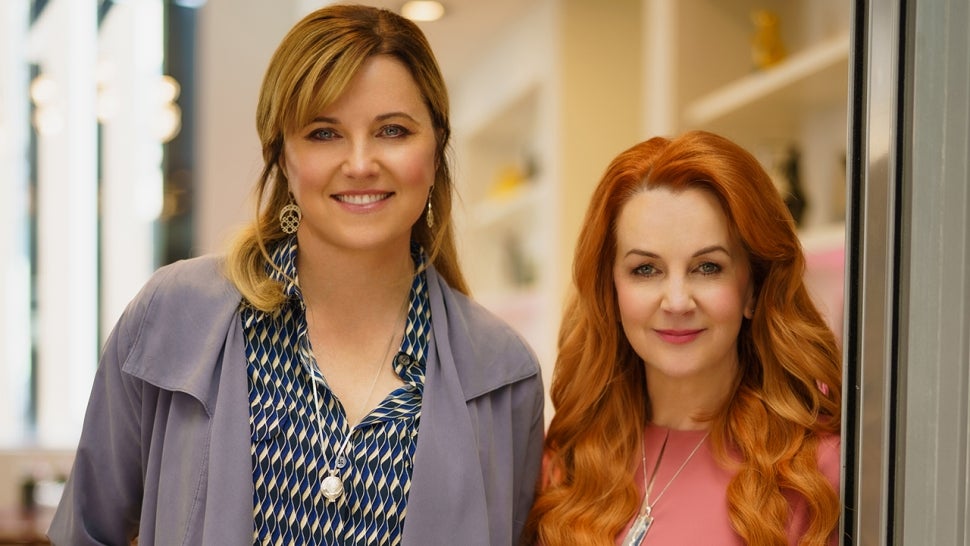 What was it like to be reunited again, not only working together on screen but also back in New Zealand?

Lawless: It was so great for me. To have Renee there was like a homecoming. It was like you’ve been out in the desert for so long and then you get a cold drink, like something that you had in your childhood and it’s the greatest thing ever.

O’Connor: It was quite odd to work together in modern clothes in a modern setting! We got to have these very sleek, glamorous looks. And then moving around picture frames and tables that were quite lovely, actually, was a bit of a trip! Last thing I remember I was still walking behind Argo.

It’s not just the modern setting, it seems like the cat and mouse nature of My Life Is Murder is going to be a far cry from the loving relationship that you two had in Xena.

Lawless: Renee’s character in this is the antithesis of Gabrielle. And you cannot believe how good Renee is at playing b**ches!! People are going to be really surprised!

O’Connor: It was fantastic for me because I haven’t been on a set for such a long time. But I’ve been doing a lot of Shakespearean theater. And about three days in and the word fairy came out of Lucy’s mouth, and I was thinking about my character Clarissa and suddenly it all made sense. Clarissa plays everything like it’s a stage, so I was able to think back to all these different roles I’d played in Shakespeare and bring those to it.

Did working together make you guys eager to work together again?

Lawless: Yeah, it’s the easiest thing in the world, eh Ren? We’re actually working together next week behind the scenes. She’s actually helping me with a little private project. We’re still working together but no one’s going to see it.

O’Connor: In any way, any capacity, I would absolutely jump at the chance to do it again! 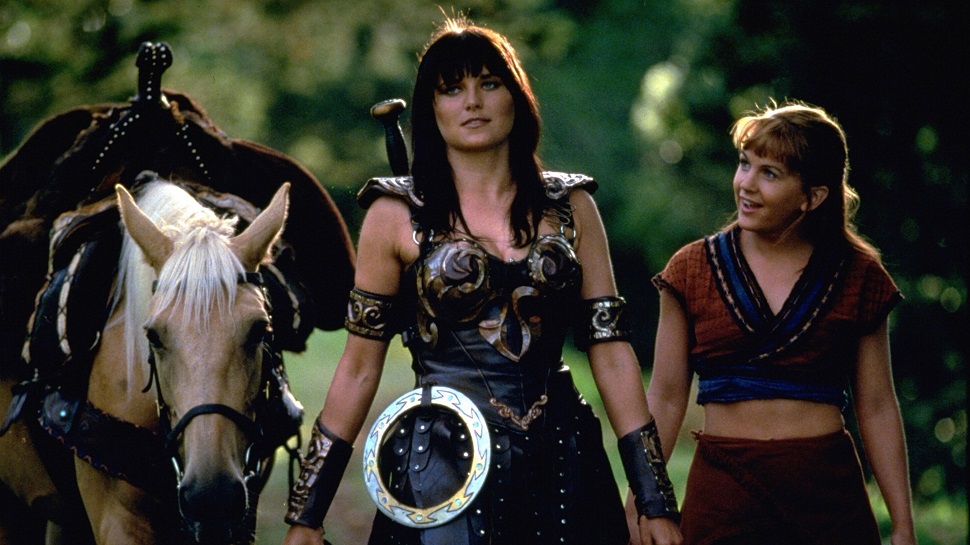 Is there a dream version of returning to Xena and Gabrielle that you’ve talked about or a version of them that gets you excited? Do you have any personal hopes for them?

Lawless: I hope somebody can pull it together because people have tried. But it’s always been stymied because they don’t think they can make it better than it was. And nobody wants to make a poorer version. But I think a new generation is coming along, new filmmakers and a new audience out there. I think there’s a way to honor the past while bringing it into the now. Whether that involves us or not, I want Xena and Gabrielle to go on! Though I think it would be really fun to reprise it in a way that is slightly comic, I don’t really want to put that outfit on. You don’t want to see me in that outfit, guys!!

O’Connor: This new generation is so much more advanced. They’re so much more comfortable in their skin than we were when we were on screen representing these iconic characters. I agree with Lucy that if you can just grab that modern vibe that’s happening right now, I would be very happy to be a part of it. But I also agree that if it becomes anything that is less than what it deserves, then I don’t think it would do it justice.

Lawless: The weird thing is that these days even though we now have in many—and not all—options and words, and ways for people to see themselves on screen, there’s still so much need. And in many places you go it’s still really hard to be a minority of any kind. That anxiety and fear is very real. So that’s the part of the world that’s still screaming out for these heroes. And that anxiety is what drove me to create this happy little show that ends up with a dollop of justice at the end because the world just feels so unjust.

New episodes of My Life Is Murder season two hit Acorn every Monday.