New York Comic-Con is here and news is already starting to pour in. The giant convention is full of star power and panels that tease exciting upcoming projects in the nerd world. Today, one of those panels focused on Lucasfilm Publishing, and showcased a number of new Star Wars books and comics coming out in the next year. Many of them are related to Star Wars: The Rise of Skywalker, out this December, but the announcements weren’t limited to that era alone. Lucasfilm Publishing’s creative director Michael Siglain teased all sorts of new projects on the horizon, set in different timelines in the galaxy far, far away.

The one that intrigues us most is something called Project Luminous. We have no idea what this even is–book, comic, story collection–but the credited authors has us chomping at the bit: Claudia Gray, Justina Ireland, Daniel José Older, Cavan Scott, and Charles Soule are all listed as contributors, and if you’re a fan of Star Wars tie-in materials then those names will be familiar. All of these authors are responsible for some of the best titles in the Disney-era Star Wars canon, so our interest in “Project Luminous” is definitely spiked. Siglain also brought up a slide that featured this intriguing bit of text:

“The Force is what gives a Jedi his power. It’s an energy field created by all living things. Until… PROJECT LUMINOUS, 2020.”

Is something coming that will change our understanding of the Force? Does this a story take place in the far future or far past? Maybe it’s an alternate timeline. So many possibilities! So far, the only concrete thing we know about “Project Luminous” outside of the contributing authors is that it will be released sometime in 2020. It’s going to be very hard to wait until then to know what’s going on here.

The panel also shed some new light on Charles Soule’s other upcoming Star Wars project, Star Wars: The Rise of Kylo Ren. The limited-series Marvel comic will get into Kylo’s backstory and shed some light on his association with the mysterious Knights of Ren. We’ve known about this comic for a while, but thanks to the panel, we now have a first look at some of the official artwork–which teases Ben Solo’s transition into the villainous Ren.

Here’s one of the covers for THE RISE OF KYLO REN (by Charles Soule) Releasing 18th December! pic.twitter.com/dh17CGOlUx

That news goes hand-in-hand with another big announcement from the panel: that YA author Rae Carson will pen the novelization of Star Wars: The Rise of Skywalker. This bit of information has perked the ears of a lot of fans, considering Caron’s background as a romance writer and mega Kylo Ren fan. Could this shed some light on what to expect from the content of Episode IX?

Back to Charles Soule. The author is also working on the relaunch of Marvel’s flagship Star Wars comic; he’ll explore the timeline between The Empire Strikes Back and Return of the Jedi. Namely, how did Luke transition from the sad boy with his hand cut off to the black-suited man of confidence who’s ready to face down Vader? The official Star Wars website has a preview of one of the covers, a panel from the first issue, and an interesting interview with Soule about what else we can expect. 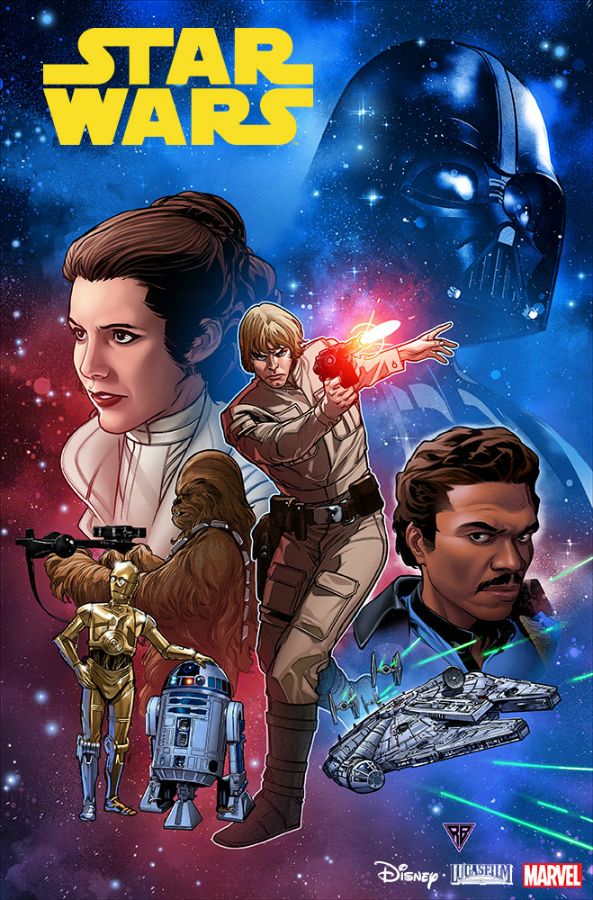 There were plenty of other fun announcements from the panel. For instance, an anthology book for The Clone Wars; a Dark Legends illustrated novel; a new Thrawn trilogy from Timothy Zahn; another Alphabet Squadron novel, and more. Head over to StarWars.com for more information about all of the upcoming releases.