Spoilers ahead for the Lovecraft Country episode “Strange Case”

One of the most terrifying horror sub-genres is body horror. It plays on humans’ deepest fears of having our own bodies violated by some sinister entity. Gruesome experimentation, zombification, possession, and the ever-present idea of something creepy and crawly under our skin is enough to make almost anyone uncomfortable. In Lovecraft Country’s “Strange Case” episode, Leti’s sister Ruby Baptiste is unwillingly subjected to a potion that envelops her inside of a white woman’s body. It’s a gruesome body horror story, but it allows Ruby to gain agency and use her magic potion as liberation and vengeance tool.

Life Could Be a Dream 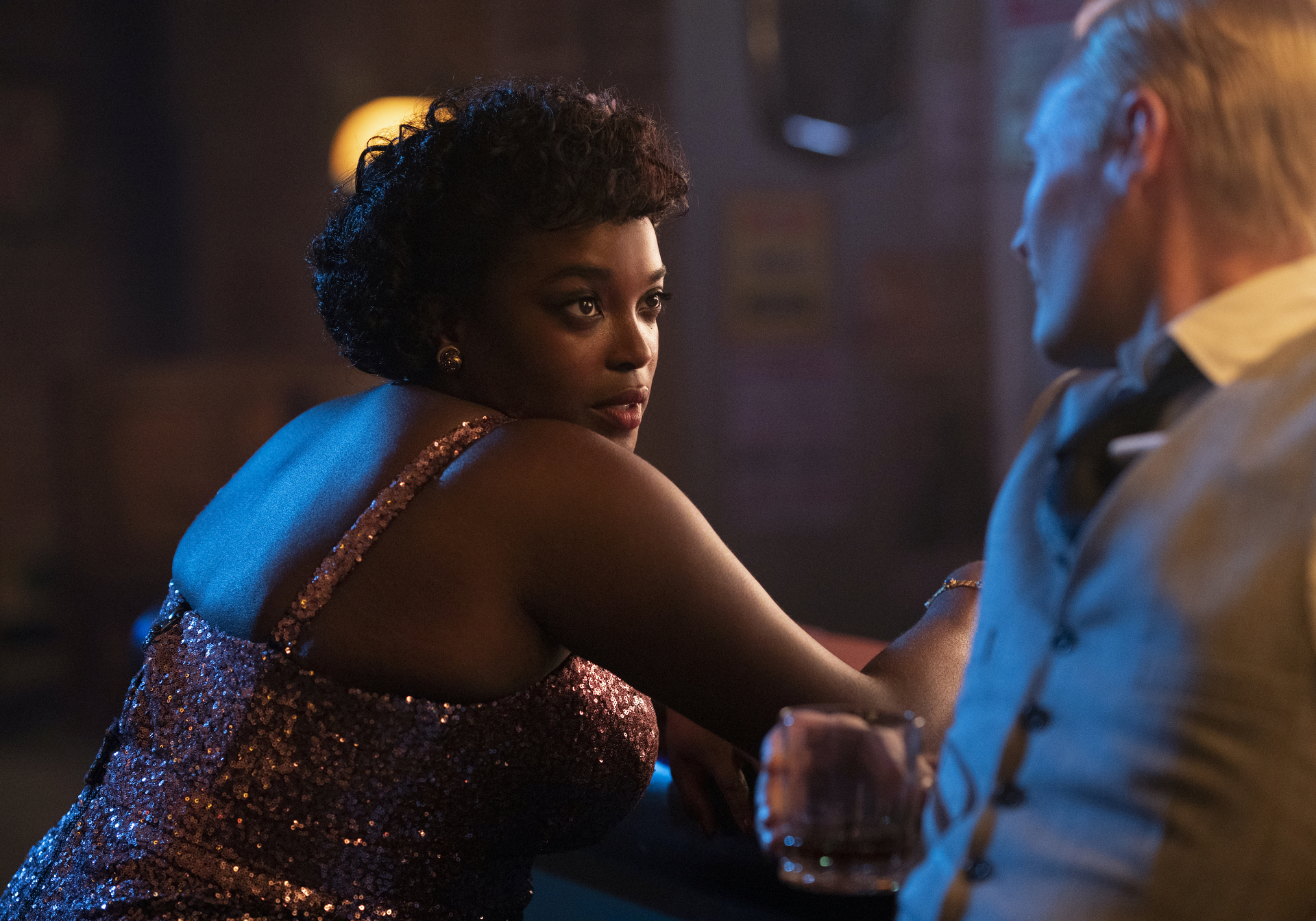 At first, Ruby is horrified by her transformation. She wakes up in William Braithwaite’s home to discover that she presents as a white woman. Ruby stumbles back into her own predominately Black neighborhood in search of help. However, she quickly discovers the social protections that Whiteness offers. The police arrive after a young Black boy tries to help her and she’s able to quickly deescalate the situation. The police believe her without further question as they guide her away from the situation.

Ruby is treated like a human deserves to be—with kindness, empathy, and respect—before being taken back to William’s house. It’s highly likely that this is the first time a white person, particularly a police officer, doesn’t see her as a threat. Ruby looks at her hands in awe before her body begins to contort. Her skin crawls and she panics about being taken back to William’s house after he lies about being her husband. William grotesquely cuts Ruby out of the body before putting her in bed.

Later, William compares Ruby’s experience to metamorphosis. He gives her a choice to leave and go about her normal life or to stay and take advantage of the potion. She chooses the latter and, at first, she feels a sense of freedom and joy. Ruby casually strolls through a predominately white area of Chicago, eating ice cream and reading the newspaper. Ruby gets to go through her day without the fear of harassment, violence, and racism.

She later admits to William that Whiteness is the only currency she needs throughout the day. So, Ruby fabricates the life of Ms. Hillary Davenport and quickly nabs a management job at a department store. This gives her an inside look into how white people interact within their own circles. Her transformations back and forth are gross and possibly painful, which indicates just how badly she wants access to this world. Ruby’s desire to get her dream job and to simply have peace and security in her daily life is so strong that she’s willing to go through this process. 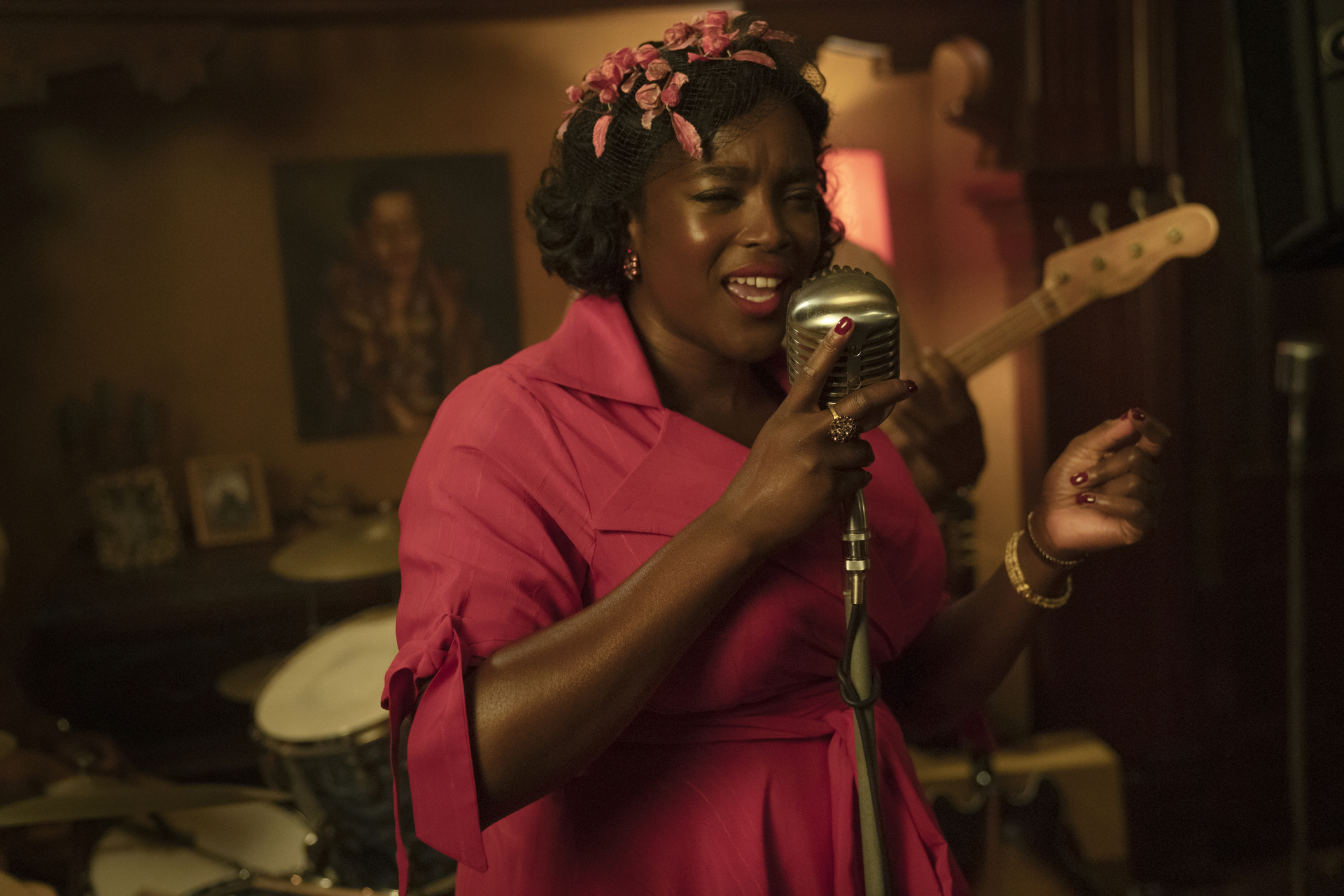 However, her initial joy quickly dissipates as her resentment over racial disparities grows. She notices how her co-workers make racist blanket statements about Black people’s intelligence and Chicago’s South Side. She also discovers their true thoughts about Tamara, the store’s sole Black employee. It’s disheartening to discover that they see Black people as sources of spectacle, ridicule, and entertainment.

These interactions quickly mitigate any fanciful dreams about being a white woman. But Ruby discovers another route to use this magical potion. It became deeper than wanting to be White for her own access and comfort. Ruby wants use this power to, as Christina says, “do whatever the f*ck she wants.” And, she knows exactly where she would start. Ruby stepped back into Hillary’s skin, quit her job, and seduced her ex-boss before brutally abusing him for attempting to sexually assault Tamara.

She lets the flesh fall freely before facing him and letting him know that a Black woman did this to him. He’s in shock, but she’s able to easily get way with it. Who would believe him if he told them this story? And, because Hillary doesn’t exist, there’s no one to trace it back to. Ruby gets to essentially be visible and invisible all at once. Everyone will see and respect her in Hillary’s skin. But it’s nothing more than a costume that she can remove when she’s done. 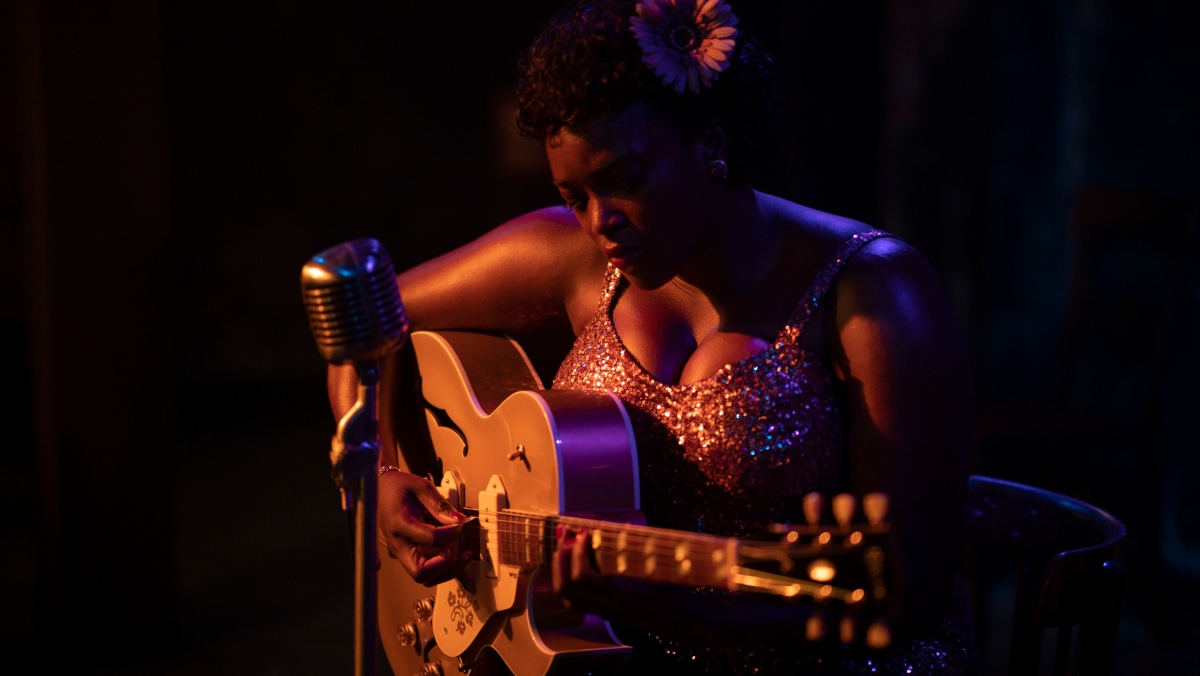 Ruby steps out of the room as Cardi B’s “Bodak Yellow” plays—a fitting song considering she’s literally wearing bloody shoes. It’s an indicator that while Tic and Leti want to decode magic for protection, Ruby is ready to be a force in the world. Christina’s words about freedom strike a chord but her attempts to connect with Ruby over their womanhood fall flat.

There’s a clear line between being a white woman and a Black woman and Ruby has been on both sides to confirm the differences. It turns out Christina is also using the same potion to be William. It’s her way to gain access to rooms and privileges that are denied to her as a woman. Christina’s life and experiences certainly cannot compare with Ruby’s but it speaks to their underlying desires to climb the privilege pyramid.

“…You can’t relate to who I am. And I’ve spent enough time on your side of the color line to know that the only thing that you White women are disillusioned with is yourselves…”

In a sense, Ruby has gone through a metamorphosis. Previously, Ruby was against Leti’s desire to “rock the boat” with white people via pioneering. She said that if Black people were willing to work harder then the “race would be further along.” Ruby even relays this sentiment to Tamara through Hillary, telling her to go above and beyond to make it in the world.

However, Ruby comes out of this episode as a completely different woman. She’s no longer hoping that her efforts will get her where she wants to go in the world. Ruby is here to live outside the margins and live life according to her own terms.