LOVECRAFT COUNTRY and the Horror of Sundown Towns - Nerdist

LOVECRAFT COUNTRY and the Horror of Sundown Towns

Spoilers ahead for the Lovecraft Country premiere.

For decades, few words instilled as much fear in Black motorists as “sundown county.” Many assume these regions–that required African Americans to leave the area by sundown, or expect a punishment as serious as death–only existed in the South. But Misha Green’s Lovecraft Country brilliantly confronts an infamous mistruth: White American prejudice only affects one corner of the country. This false dichotomy has always existed in some form or another. The South as the bastion of racism; the North as progressive idealists.

Later, the theory morphed into the South as blatantly racist, and the North as passive aggressively prejudiced. When in fact, since the fall of Antebellum America, and the extinguishing of laws distinguishing free and slave states, the difference between North and South, in terms of violence shown toward Blacks, only exists in small degrees. For instance, during the 1920’s the Ku Klux Klan held offices in every major city in America. “Red Summer” during 1919 witnessed white-on-Black violence in more than a dozen cities, such as Wilmington, Delaware; Omaha, Nebraska; Chicago, Illinois; Washington, D.C., etcetera.

By taking place in the Northeast, the premiere episode of Lovecraft Country, “Sundown” draws the blinds on the progeny of racial violence by shoehorning the real history of sundown towns into a cabin in the woods horror story, where the aggressively prejudice cops are cannibalized by their own monstrous hate.

The true history of sundown towns. 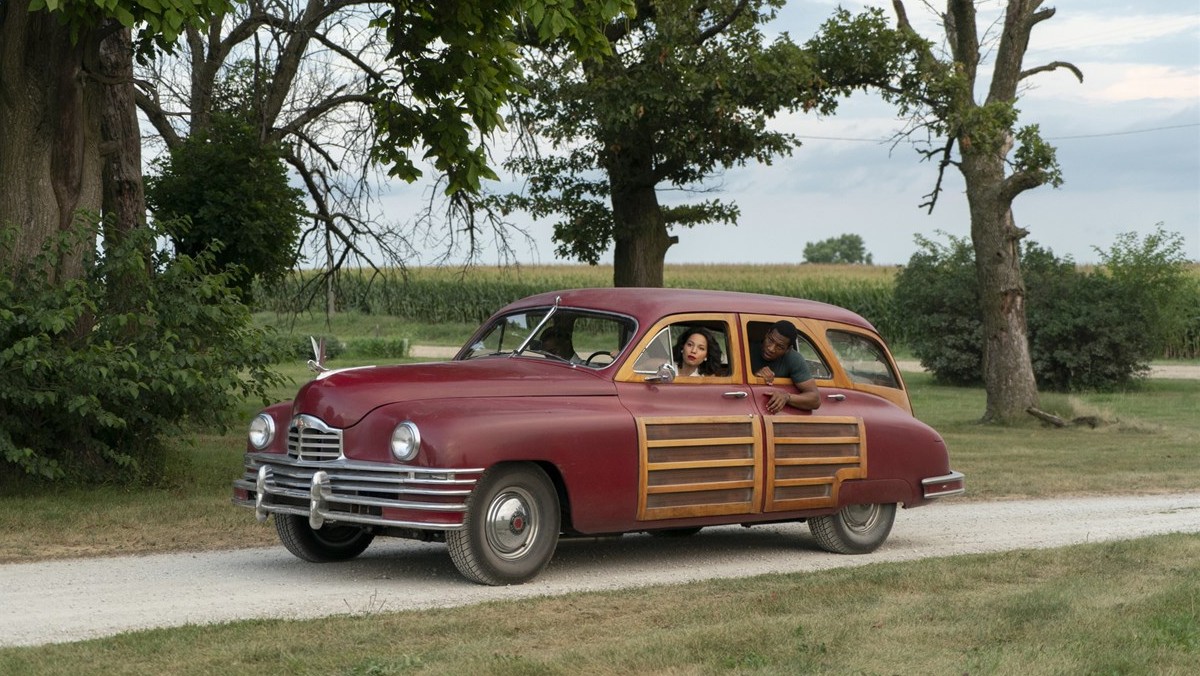 The premiere episode of Lovecraft Country—directed by Yann Demange—follows Atticus (Jonathan Majors), a Korean War-vet returning home to Chicago to learn the whereabouts of his missing father Montrose (Michael Kenneth Williams). The only clue he has is a letter written by his father, which tells of a birthright located in Ardham, or as his Uncle George (Courtney B. Vance) calls the area, “Lovecraft Country.” There, famed horror writer H.P. Lovecraft composed his most well-known works, his scariest monsters, and his virulent racist tract: “On the Creation of N—–s.” George, the publisher of a Safe Negro Travel guide, along with Atticus’ childhood friend Leti (Jurnee Smollett), accompany the war veteran on his journey to Ardham.

Close to their destination, the trio come upon a racist sheriff patrolling the road to a sundown county. After slavery, sundown counties and towns dotted across the entire country–not just the South–in the thousands. They went under many colloquial names by local whites. In Sundown Towns: A Hidden Dimension of America’s Racism, James W. Loewen lists several examples such as:

“Colonial Whites for Colonial Heights, near Richmond, Virginia; the White Shore… from Harrisburg, Pennsylvania; instead of West Shore; Caucassian Falls for Cuyahoga Fall near Akron, Ohio; Whiteface Bay for Whitefish Bay, north of Milwaukee… [and] Lily White Lynwood outside of Los Angeles.”

These towns often suppressed information–rarely recording the unofficial laws designating their sundown status or reporting local racial disturbances in their town papers–making their existence both secretive and apparent. Unless listed in a Green Book–a critical guide for the safety of Black motorists–or warned by signage–which often read, “N—–, don’t let the sun go down on you here”–Black travelers would only know the town’s status upon entering it. 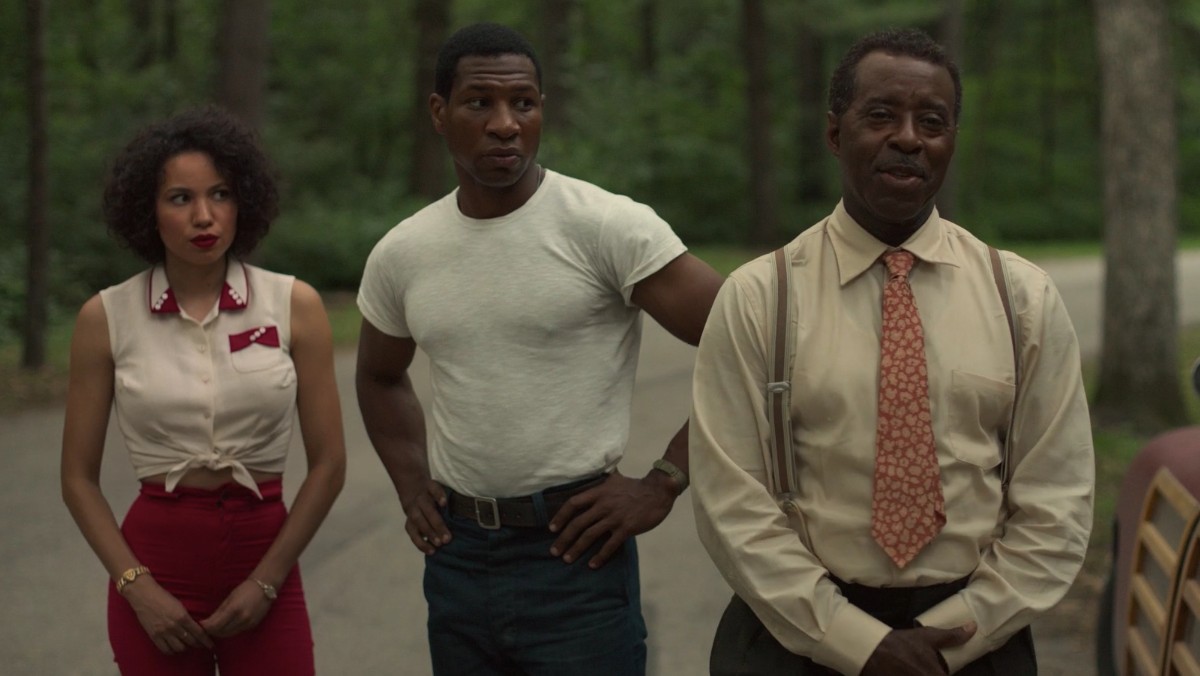 Lovecraft Country turns this already frightening history into panic inducing drama, when Atticus and co. are stopped by a white sheriff. Ordered by the officer to leave the county within the next six minutes, or else, Green introduces a painful historical truth: Sundown towns aren’t easy to leave. Before Atticus gets in the car to drive, knowing he must make a u-turn as their only route for escape, he asks the sheriff if it’s illegal to make such a maneuver. On their race against the sun to the country line, the trio must contend with not only the ticking seconds, but their quickness as well. If they drive over 25 mph, they’ll break speeding laws, which will give the sheriff another reason to arrest them. When unwittingly entering sundown counties because of car troubles, it was common for motorists to be refused service, parts, and gas. For Black motorists, their mere identity constituted illegality with no course to escape.

If the first episode of Lovecraft Country only taught viewers the history of sundown counties, it’d be insightful, but Green brilliantly interweaves the hate-fueling prejudicial laws with a horror conceit. Though Atticus and co drive over the county line with seconds to spare, a roadblock of white highway patrolmen stops them, orders the trio out of the car, and into the dark woods. Prior to departing on their trip, George recalled reports of people going missing due to monsters inhabiting the woods around Ardham. The trio initially assume the stories are describing the racist sheriff rather than the murderous Lovecraftian beasts lurking underground and in the trees, because enforcement of sundown laws ranged in cruelty. Loewen explains, “In Sullivan’s Hollow, one of the few sundown communities in Mississippi, white farmers caught an African American on foot… tied a bundle of barbed wire to his back, and made him crawl on all fours before letting him leave the Hollow.” 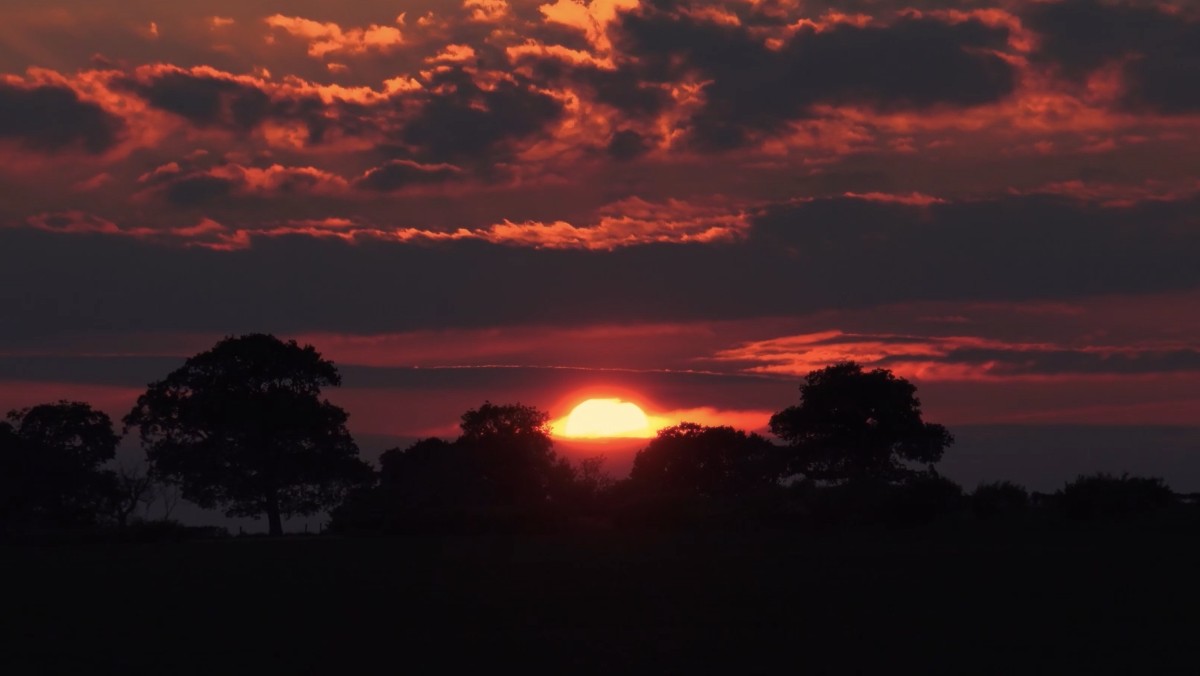 The episode creatively merges the specter of white racists cops with the blood-thirsty monsters crawling through the woods to tap into another danger Blacks faced: the perilousness of nighttime. Burning crosses are rarely set ablaze during the day. They require night to inflict the most terror. Scores of stories tell of either the Ku Klux Klan, or other whites, traveling into Black neighborhoods under the cover of darkness to abduct Black people from their cabins or houses. The most famous incident remains the murder of Emmett Till. This also means that most lynchings occurred at night, as well.

With this history in mind, when the patrolmen order the trio to lie on their stomachs in preparation for their executions, the historical reality of lonely Black deaths is mixed with a cabin in the woods motif: victims in an isolated area, with no chance of rescue, are left at the mercy of the surrounding horrors. The trio are only saved when the aforementioned Lovecraftian beasts attack the patrolmen.

With the two badly maimed cops, Atticus and George take shelter in a cabin, hoping to outlast the nocturnal creatures until daylight, while Leti runs to the car. While they await Leti’s return with the car, like a vampire, one of the cops turns into the very monsters who attacked them, thereby instilling the ways both beast and racist are one in the same. When Atticus begs for the gun to shoot the newly formed creature, the other white officer resists giving a gun to a Black man, and is killed by his former friend. It’s only through Leti crashing through the cabin with the car, hitting the monster, and a mysterious whistle of unknown origin calling the beasts off, are they finally safe.

Between prejudiced cops patrolling sundown counties and the monsters in the woods, the way Green uniquely sifts through the unsettling legacy of Lovecraft, and the racial secrets of the Northeast, in Lovecraft Country ’s premiere, excises the mythology that violent prejudice is only a Southern problem. And makes “Sundown” one of the most ingenious merging of historical racial horrors with a genre trope in film and television.